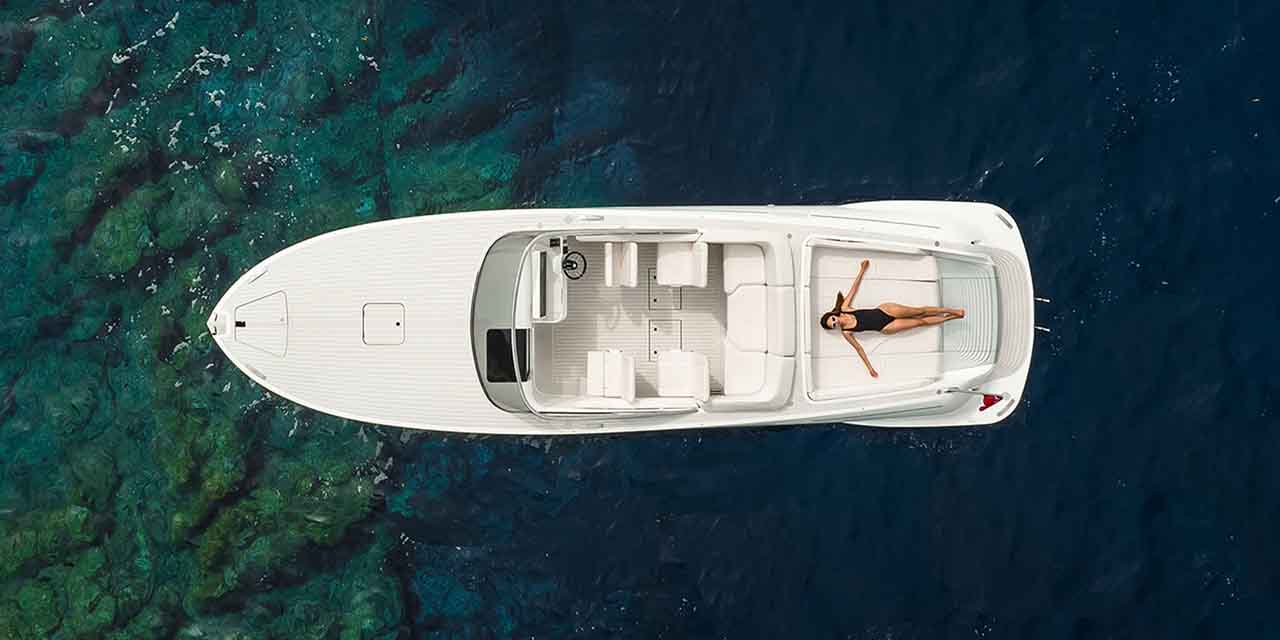 Vita, a manufacturer of performance electric boats and electrified marine powertrains, announced its flagship model, the LION, will be manufactured in Maine by Hodgdon Yachts – the oldest shipyard in the United States. When it begins sea trials this summer, the LION will boast impressive marine propulsion specs.

Vita is a marine technology company separated into two divisions – Vita Yachts which designs and produces performance electric boats, and Vita Power which develops the all-electric powertrains that propel them.

Since being founded in 2017, Vita has joined the growing quest to bring more sustainable means of travel to our planet’s waters.

The company’s first prototype, the nine-meter Vita IX, won in both speed and endurance classes at the Monaco Energy Boat Challenge in 2018 and was followed by more success in Monaco a year later with its 10-meter Electrix day boat prototype.

In 2020, Vita introduced the LION – a speedy, 10.5-meter performance electric day boat slotted for production as Vita’s flagship model. Following today’s news, we now know that this upcoming performance electric boat will be built in the United States before it begins sea trials this summer.

Vita LION performance electric boat to be built in Maine

Vita announced its new partnership with Hodgdon Yachts in a recent press release, outlining all the effort going into the upcoming LION day boat.

The vessel itself has been engineered and powered by Vita in the UK, designed by BorromeodeSilva in Milan, and will now be built by Hodgdon Yachts in Maine, at the oldest shipyard in the United States. The shipyard was founded in 1816 and remains family owned to this day. Rory Trahair, CEO of the Yachts Division spoke about Vita’s new partner:

Our vision was to create a boat with no compromise in terms of user experience, performance and functionality while also ensuring the least impact possible on the marine environment in which it operates. This collaboration with Hodgdon combines our technical innovation and their centuries of craftsmanship at the highest levels to produce the most advanced electric powerboat built to date

The LION itself can accommodate up to eight passengers in its large cockpit that can be converted to a dining area. In addition to a sun pad, shower, and swimming ladder, the 10.5-meter-long LION performance electric boat features an enclosed cabin with a day bed, day head (toilet), and sink.

Now for the good stuff. When it begins production, the Vita LION will be able to reach a top speed over 35 knots (40.3 mph) and a cruising speed of 22 knots (25.3 mph). This power comes from Vita Power’s V4 electric propulsion system which also delivers 590 peak horsepower.

The system is powered by an onboard battery capacity of 233 kWh that support both AC and DC charging via CCS protocol. In fact, Vita states that the LION can replenish its battery in under an hour on a DCFC with the help of Aqua superPower. Phase three AC charging takes approximately five hours to replenish.

A representative for Vita told us that autonomy at the LION’s cruising speed of 22 knots is 1 hour and 30 minutes, but subject to weather conditions and payload onboard the electric boat. At mixed speeds, Vita says the performance electric boat can stay out all day on a single charge

According to Vita, it will perform sea trials in the South of France with the LION high performance electric boat this summer. Vita’s team also said there are some sea trials planned for the United States as well. Stay tuned on that as we hope to attend.