Follow the Volkswagen ID. Buzz’s journey from concept to production in a new documentary 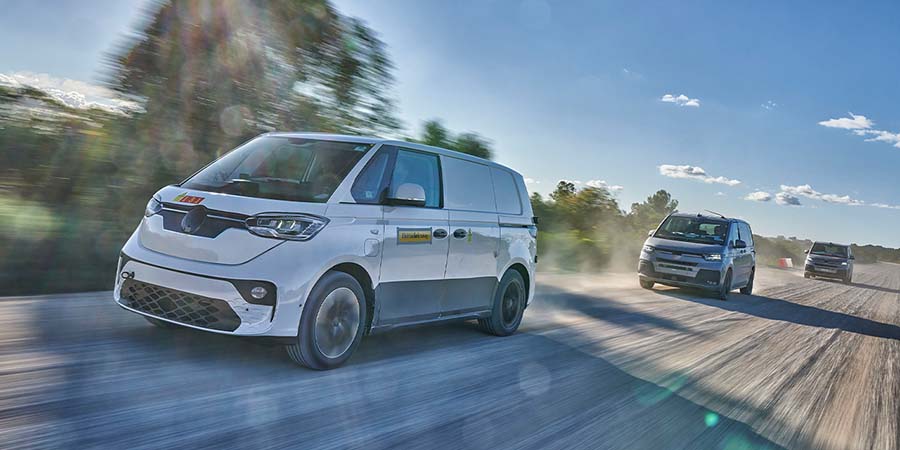 Now that the full-production model of the Volkswagen ID. Buzz has made its public debut, the automaker has shared a documentary following its journey from an EV concept to a scalable consumer vehicle, enduring extremely hot, dusty, and freezing conditions along the way. Check out the full video below.

As Volkswagen ID. Buzz customers wait patiently for the EVs to arrive in Europe this fall, we have some time to reminisce on five years of progress since the German automaker first unveiled the electrified minibus back in Detroit in 2017.

Over the past year especially, we covered several teaser images featuring a chartreuse prototype, demonstrating a new, zero-emissions era of “van life.” Last fall, Volkswagen teased the public with camo’d images of the ID. Buzz that deviated quite a bit from the concept design. This was soon followed by video footage of pre-production models rolling out of their assembly plant in Germany this past January.

In March, we got our first official, non-camo’d look at the Volkswagen ID. Buzz and its two available versions – the passenger-friendly minibus and the cargo van. The reactions were mixed, but overall, much of the EV community is excited about the return of an iconic Volkswagen vehicle in zero-emission form.

To wet the beaks of those VW minibus fans clamoring for the first EV version, Volkswagen has shared a comprehensive documentary sharing the efforts that went into its design.

Volkswagen shared the new ID. Buzz documentary today along with a press release outlining some of the key moments the automaker went through in getting the EV from a concept to actual production. We are still awaiting official pricing for the ID.Buzz and Buzz Cargo.

You can watch the entire 42-minute journey below: