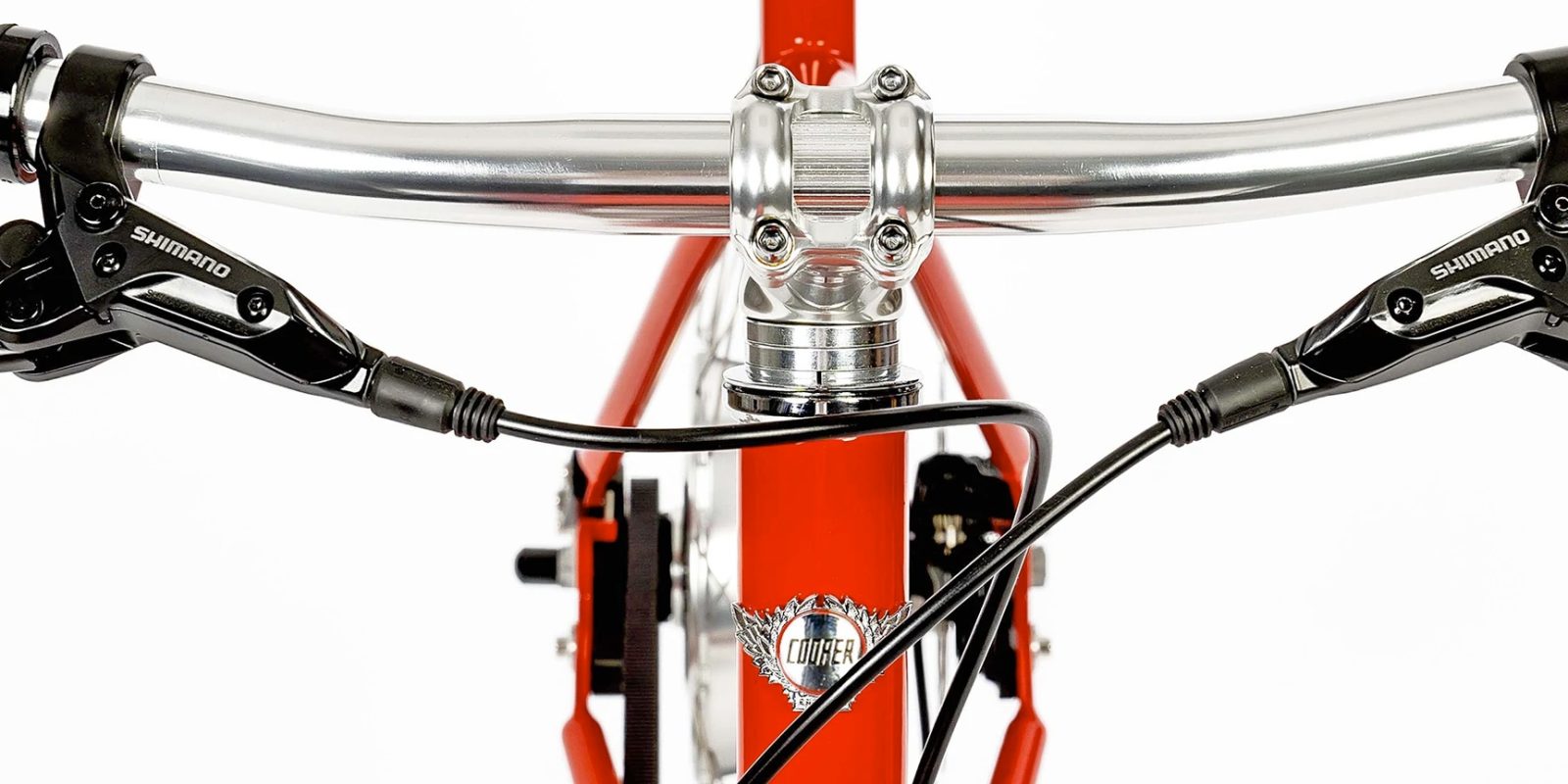 Cooper Bikes is the two-wheeler division of Cooper Car Company, which was the original designer of the Mini Cooper, itself a segment of BMC’s iconic Mini.

But while the Mini Cooper helped create a name for the company as far back as 1961, today it is Cooper Bikes that is stealing the headlines with four interesting new models.

The new e-bikes are all designed for urban commuting and include the urban dropbar CR-7E Randonneur bike, the single-speed CS1E bike, plus the “Classic Gents” and Classic Ladies CG-7E and CL-7E bikes, respectively.

The e-bikes all use the Zehus Gen2 electric bike drivetrain that includes a rear hub motor capable of regenerative braking.

The company claims that the system has “unlimited range” thanks to its ability to recharge while the rider is pedaling, though this is a bit misleading. While theoretically possible, it is a very inefficient way to charge compared to simply recharging from a wall outlet. When the mode is engaged, it turns the e-bike into a bicycle that is even harder to pedal than a non-electric bicycle, slowly storing up energy through higher-resistance pedaling to later release as electric assist. It’d be like walking up two flights of stairs in order to generate enough electricity to power an escalator to later take you up one and a half flights of stairs.

The more efficient way to ride it is to simply wall charge it like every other e-bike, and then use the regenerative braking ability to add around 5% more range to the battery as well as save on brake pad wear.

Not that the brakes will have to work too strenuously as it is; the e-bikes are limited to European-legal top speeds of 25 km/h (15.5 mph).

The light-duty performance matches the rather low power of the motor, with just 40 Nm of torque. The batteries aren’t exactly large either, coming in at just 173 Wh. Compare that to a more typical 600-700 Wh battery from other leading e-bike brands.

The single-speed bike also gets a fancy Gates carbon belt drive system that adds to the sleek design, while the multi-speed bikes rely on a chain drive. There’s no display to take away from the clean lines, and instead riders can use a smartphone app to view ride data like battery life, distance, speed, etc.

All of the bikes carry Brooks saddles, and all except the CR-7E have hydraulic disc brakes.