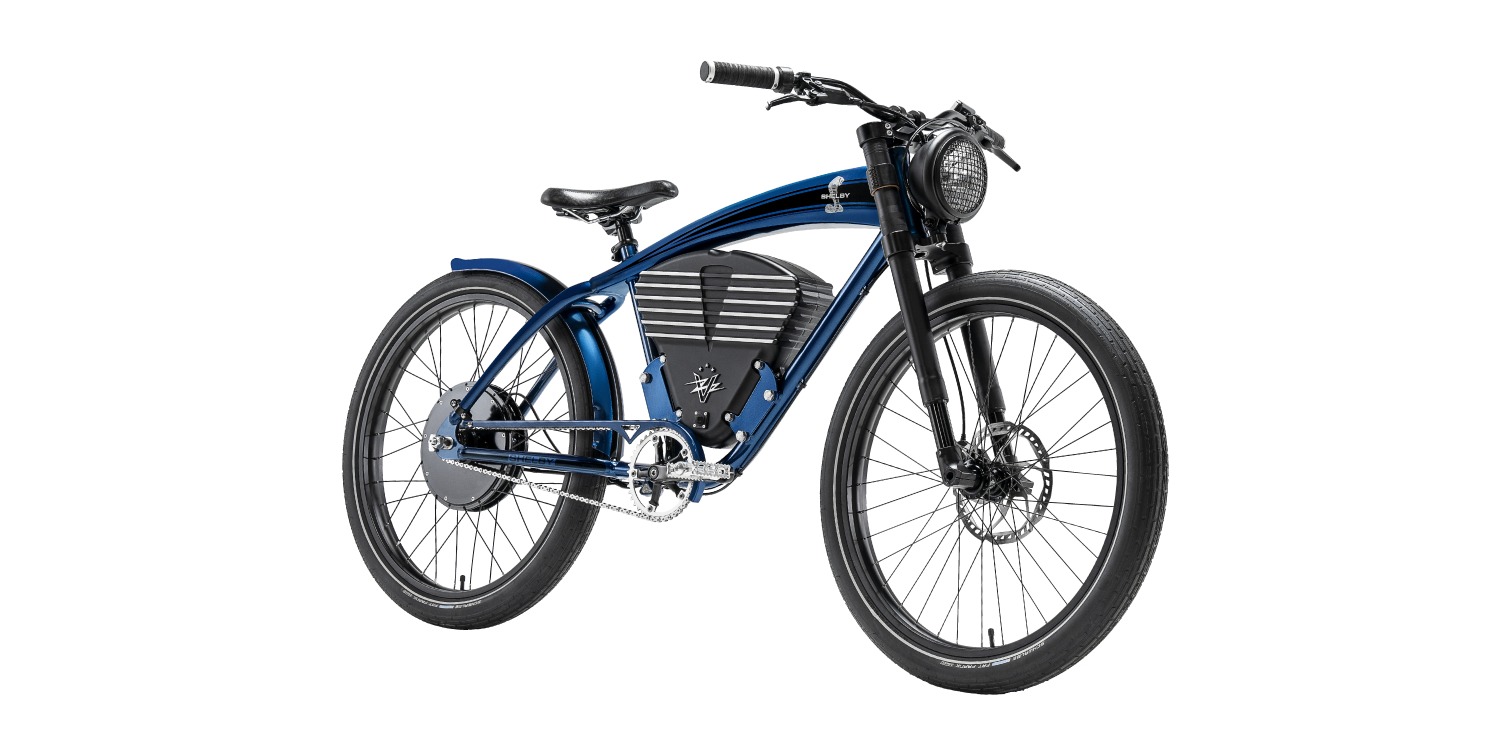 California-based Vintage Electric builds beautifully styled, high-power electric bicycles unlike any other on the market. And just to make sure they retain their crown of individuality in the power department, they’ve stepped it up another notch with the highest performance e-bikes they’ve made yet. These new e-bikes tout a 72V electrical system for extreme speed and power.

To be fair, the “bicycle” part of “electric bicycle” is stretching the limits of linguistics here.

Technically, Vintage’s new 72V e-bikes qualify as electric bicycles since they ship in street legal mode in the United States. That means they are limited to 20 mph (32 km/h) out of the box, and the motor comes with an electronically limited 750W street mode.

But that 750W label requires a wink so strong you might pull an eyebrow muscle. As soon as you pop these babies into Race Mode, the motor suddenly turns into a 4,000W beast.

As with many e-bike companies that walk the legal line of high-power electric bicycles, Race Mode is intended for use on private property, trails, abandoned airstrips, or derelict sections of highways that have been retired and wiped from the map – basically anywhere but public streets.

No one is watching over your shoulder to make sure you’re actually on a disused airstrip, but if you were, the bike seems to have the technical muster to meet the performance figures on its spec sheet.

The 72V battery is rated for 1,152 Wh, making it one of the largest factory-installed battery options in the e-bike market. We’ve occasionally seen companies push the 1 kWh mark, but it does’t happen often.

The battery also comes with a high-power charger that claims a recharge time of just three hours.

On the bike side of things, that 4,000W motor includes regenerative braking via the rear brake lever and is tied into a single-speed pedal drivetrain with a rather small 39T chain ring. Don’t expect to add much pedaling power at 40 mph – your feet would be spinning like a food processor.

You do get a torque sensor though, so your pedaling force will at least get accurately translated into proportional pedal assist. I imagine most riders will be making ample use of the throttle, especially on a bike that looks this much like a vintage motorcycle.

The 81 lb (36.7 kg) bike itself has an aluminum frame and an inverted front suspension fork, plus hydraulic disc brakes and a pretty sweet-looking head light.

Three styles are available including a Roadster, Sportster, and Shelby. The last one came out of a licensing agreement with Shelby of Shelby Cobra fame, which we first learned about a few years back.

That’s also fitting, since this bike seems like the electric bicycle equivalent of stuffing a massive 427 motor into a previously underpowered British race car.

Electrek’s own Seth Weintraub had the chance to test out some of Vintage’s rides back before the new high voltage 72V line came out, and even back then he was already praising their power, not to mention their great looks. You can read out about his experiences here.

But as you can imagine, with more power comes a higher sticker price. The new high voltage bikes start at $6,995, so don’t expect to pick one up for cheap.

But if I had $7k to blow and had to choose between this or a 250W European e-bike that weighs less than a loaf a bread, I think you guys know which one I’d choose. Speaking of which, I should probably update my life insurance policy …