In fact, we’ve been impressed enough by the company’s past work to go check them out in person. Vintage’s specialty has always been high power, retro-inspired electric bicycles. And so the latest collaboration with Shelby seems true to the company’s ethos.

The Cobra-inspired update to the Vintage Electric e-bike lineup appears to begin with the company’s Roadster e-bike as the foundation.

From there, the company worked with Carrol Shelby International to modify the bike in keeping with Shelby’s own original 289 Slabside cars.

That includes the same matching N6 metallic blue paint scheme with black racing stripes and the iconic Shelby Cobra badge emblazoned on the sides of the cruiser bike’s top tube.

Custom leather accents on the fork and handlebars as well as a custom leather saddle were designed to match the leather interior of Shelby’s personal car. 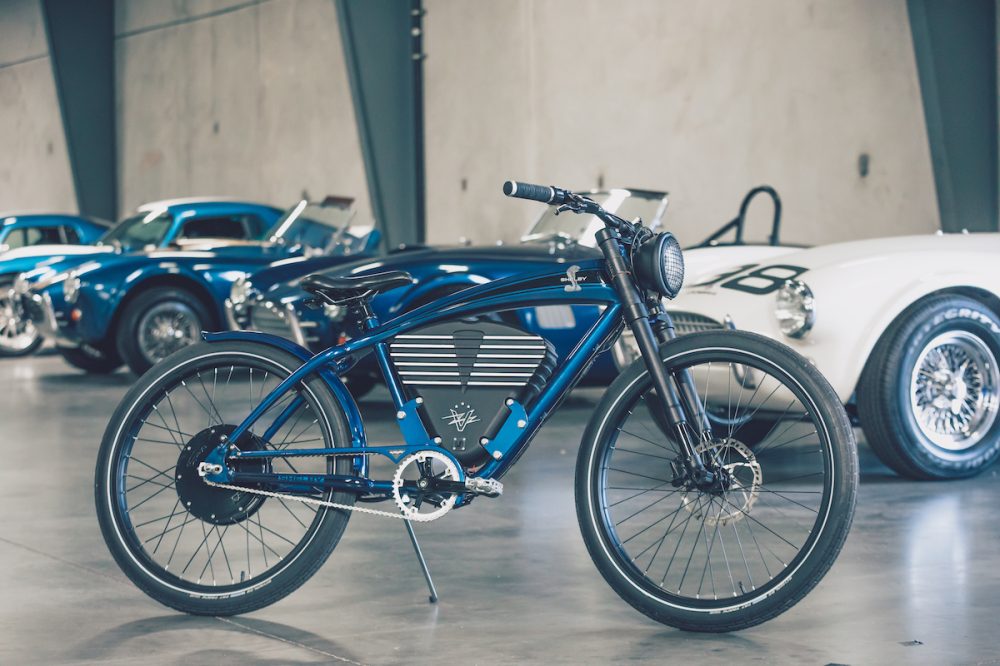 The Shelby Cobra edition e-bike also gets the largest battery pack in the company’s lineup, a 1,123 Wh pack that comes mounted in an aluminum battery case. Vintage Electric claims that the pack is enough for 75 mi (120 km) of range at lower speeds, or 40 mi (64 km) of range at higher speeds.

“To channel Carroll Shelby’s spirit of design, you have to be in the presence of the phenomenal vehicles that he created. Walking around these celebrated Shelby cars, touching them, driving them, and seeing every last detail that Carroll poured into them is truly where our inspiration came from in making the new Shelby bike. When you walk up to a Cobra, the first thing you notice is the timeless aesthetic that has been celebrated for generations. The Cobra is an American icon, and we wanted to express that in our newest Vintage Electric Shelby bike.” 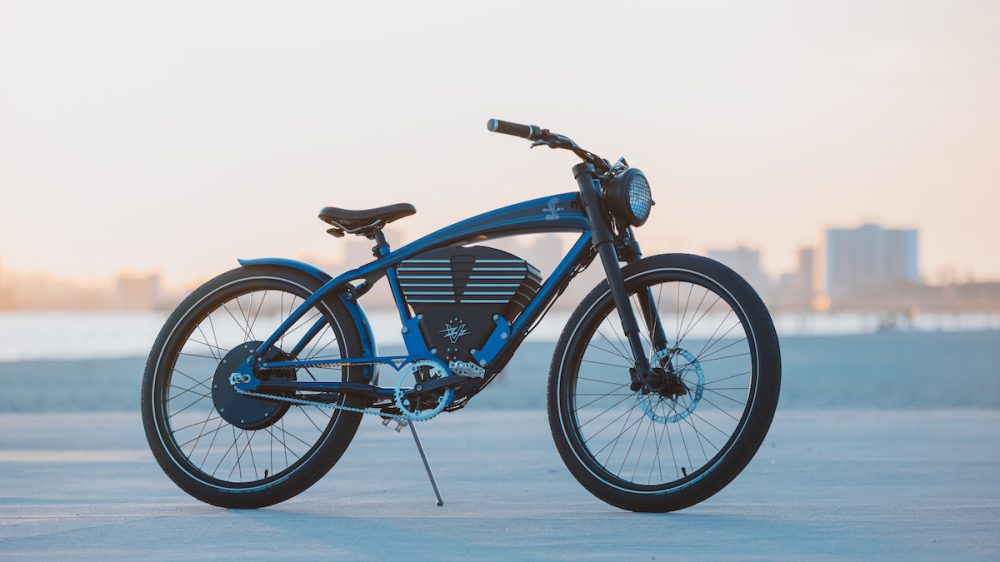 The top speed of 36 mph (58 km/h) is achieved by the use of a 3,000 W peak power rear hub motor. While the bike is normally in a 20 mph (32 km/h) limited mode, it can be switched into Race mode at any time to unlock the full potential of the bike. Though riders might want to stick to private property when using Race mode as the bike’s top speed is above the legal limit in much of the United States.

Not that I haven’t lobbied for higher e-bike speed limits when done safely and responsibly. 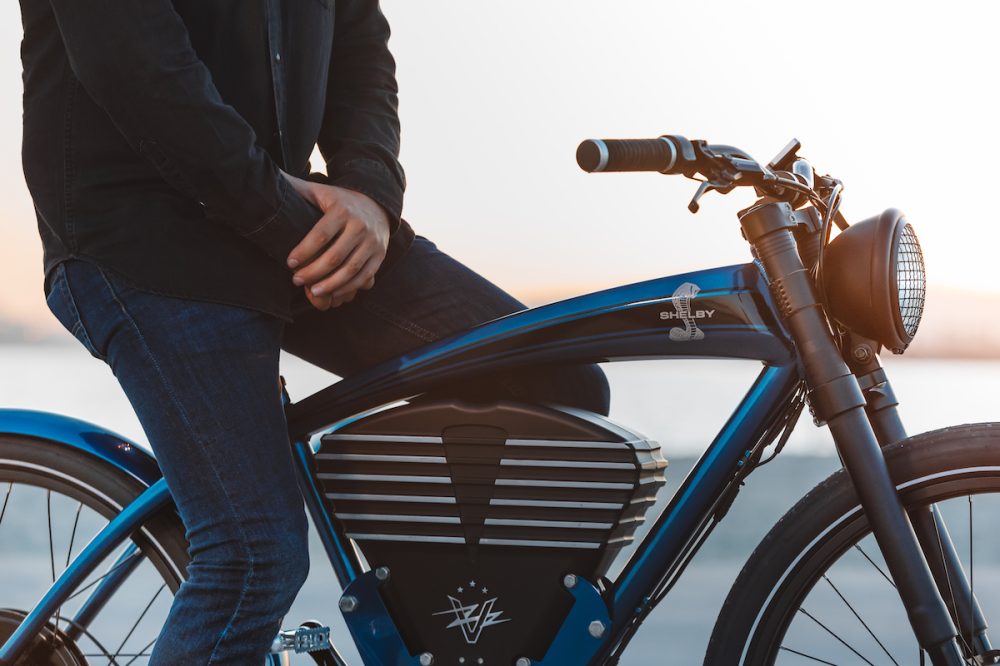 The Shelby version of Vintage Electric’s Roadster e-bike won’t cost as much as the real car. But it also won’t be cheap. The Shelby e-bike is priced at $7,249, which is a $250 premium over the standard Roadster model.

As nice of a job as they did on the aesthetics of the bike, that’s still a hard sell in the land of budget electric bicycles, with many options priced even under $1,000.

For that much money, I’d probably rather dig up another $1,000 somewhere and buy myself a brand new Zero FXS electric motorcycle. But for the Shelby collector that wants an e-bike sitting next to his or her Cobra in the garage, perhaps there will be a market. And considering the limited edition nature of the bike, if that collector sounds like you then you better hurry up before this bike becomes a piece of history.