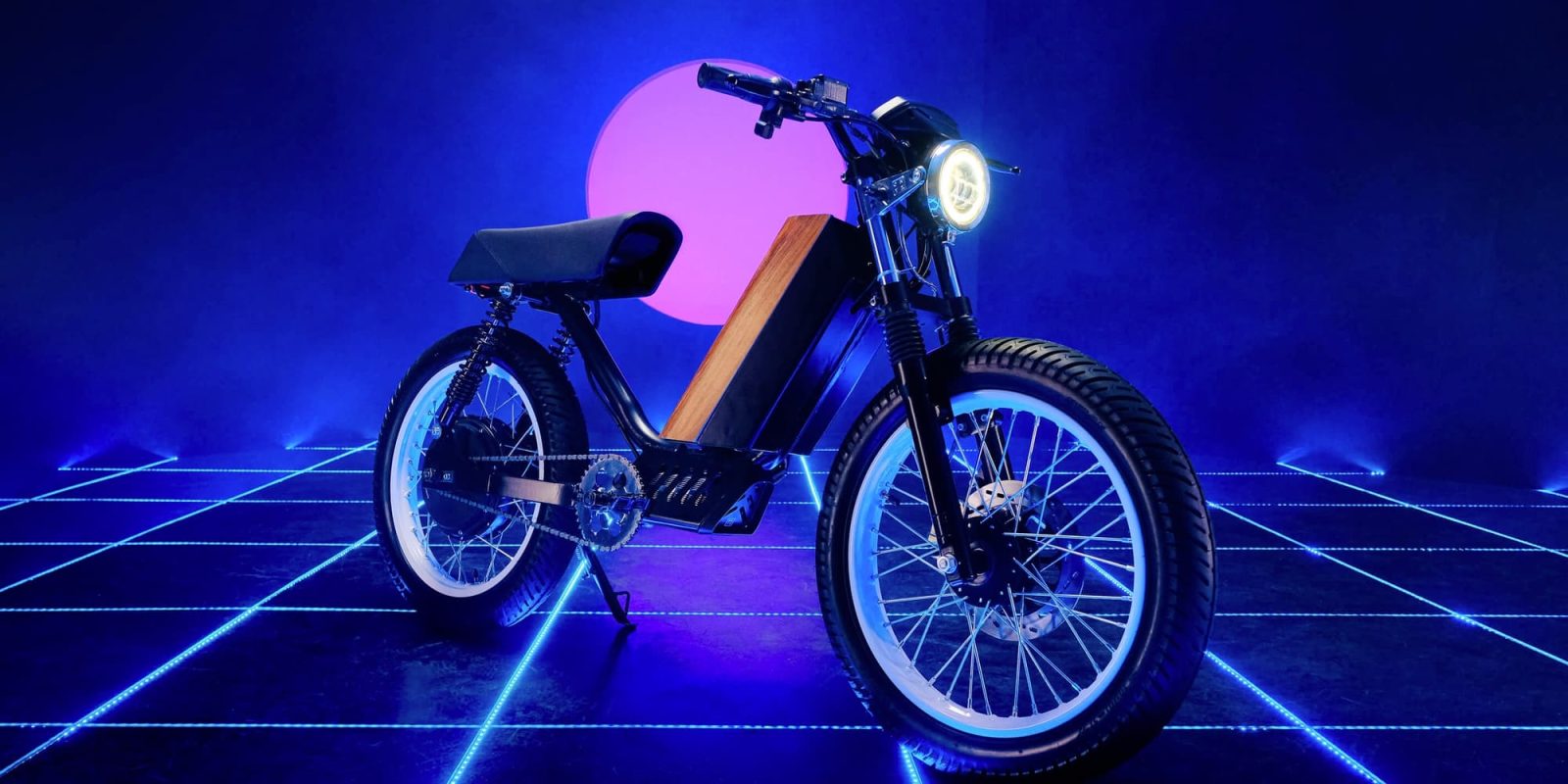 It follows the original ONYX CTY, which was unveiled as part of the Indiegogo campaign that originally launched the electric moped manufacturer nearly four years ago.

Company insiders explained to Electrek that the 30 mph (51 km/h) ONYX CTY was outsold over 10:1 by the higher-spec’d top tank style ONYX RCR, which could reach twice the speed of the step-through CTY.

Ultimately just a few dozen of the CTY were produced to fulfill orders from the Indiegogo, after which the model was put on indefinite hiatus as ONYX went full speed ahead on local California production of the RCR. Ever since, ONYX focused solely on the RCR, racking up sales and improving the design over the years including doubling its original battery size and range.

Now ONYX has announced that the lower-spec and lower-cost baby brother electric moped is back in the new ONYX CTY2.

The design has been updated from the original CTY in a number of ways, as the company explained:

We’ve increased the volume of the battery carriage to accommodate a battery that delivers more power and capacity. We’ve moved the speed controller to the bottom of the frame for maximum cooling and airflow performance. Integrated LED Lights – The bike comes with both brake lights and our signature headlight with halo running light and ultra bright high beam.

The CTY2 has pedals but touts its twist throttle as offering “instant torque.”

As it stands, ONYX’s other electric mopeds retain pedals largely as a vestigial feature. They are functional, but pedaling the heavy bikes is not an easy task (the CTY2 will likely be just north of 90 lb or 41 kg). Instead, the pedals provide some marginal support for anyone trying to argue that the moped is in fact an electric bicycle.

That might sound strange to Europeans, but rather lax US e-bike laws combined with police departments that are often ignorant of the particulars of e-bike regulations often allow such higher-powered electric mopeds to masquerade as genuine electric bicycles. In most jurisdictions in the US, electric bicycles can ride wherever pedal bicycles can, and are free from the hassle of licensing, registration, or insurance commonly associated with motorcycles and occasionally also mopeds.

ONYX has never shied away from pushing the limits of e-bike regulations, and it appears they intend to stay the course with the CTY2. Describing it as “Part bicycle. Part Motorbike. Part middle finger to the world,” the company isn’t bashful about the high-speed and high-power nature of the electric two-wheeler.

That being said, ONYX also isn’t coming out and saying exactly what the top speed is. The original CTY was marketed with a top speed of 30 mph (51 km/h) and was known to sometimes reach even higher speeds.

ONYX hasn’t released the exact motor size either, though early reports indicate that it will be a more powerful motor than the original CTY’s powerplant, meaning the CTY2 could hit even higher speeds.

The company claims the CTY2 can climb a 45 degree hill, which would be a 100% grade – something no rider would ever come across in daily travels (most of the steepest roads in the US are in the high 30’s for grade percentage). For that kind of climbing ability, expect a high-power motor with some serious torque behind it.

The lack of detailed specs may seem off-putting, but it is par for the course with ONYX. Even for the 60 mph RCR, the speed and power aren’t listed among the specs on the company’s website and are instead just widely known figures.

Despite the ambiguity, thousands of riders have plopped down nearly US $4,500 for the high-speed RCR. Now the CTY2 is looking to offer a somewhat lower spec’d but more affordable version with a pre-order price of $3,699.

At that price, the CTY2 will compete with other 30+mph, full-suspension electric mopeds like the $2699 Juiced HyperScorpion, US $3,299 Ariel Rider Grizzly and the US $3,495 SUPER73 R-Brooklyn. ONYX says the CTY2 will likely begin shipping in July or August of this year, and that international shipping will be available as well.

ONYX is one of my favorite fully fledged electric moped companies. I don’t really consider them an e-bike company in the traditional sense. These are small electric motorcycles, and they perform as such. I will forever kick myself for not buying one of the original RCRs from the Indiegogo campaign, when they were first launched for just US $2,299, or roughly half of the cost today.

I did manage to eventually test out the former version of the RCR and was blown away with what a fun ride it was.

The CTY2 looks to bring ONYX back into the legal gray area between e-bikes and e-mopeds or light electric motorcycles.

I have no doubt that there will be a 750W-limited version of the bike that maxes out at 28 mph (45 km/h), and thus would more or less fulfill the requirements for class 3 e-bikes in the US. That being said, the ability to flip a switch (or perhaps a slider in a phone app) to unleash significantly more speed and power is a tricky proposition for regulators. It also requires some serious responsibility on the part of the rider. Hitting the bike lane at top speed and buzzing someone on a Huffy isn’t cool, and increasingly crowded interactions between e-bike riders, traditional cyclists, electric scooters, and pedestrians make rider responsibility even more critical to avoid accidents.

So while there’s some important gray area here to suss out, the reboot of the CTY2 is a great prospect for anyone looking for an electric moped with ONYX’s trademark styling, but that comes in at nearly $1,000 less than the company’s current flagship offering. Hitting 30-35 mph is likely enough for many riders that don’t need the extra-high speed of the RCR, and the CTY could prove to be a potent little electric moped that combines classy looks and emission-free urban commuting.

And I guess if you ever run out of battery, you could grit your teeth slowly pedal your way back.