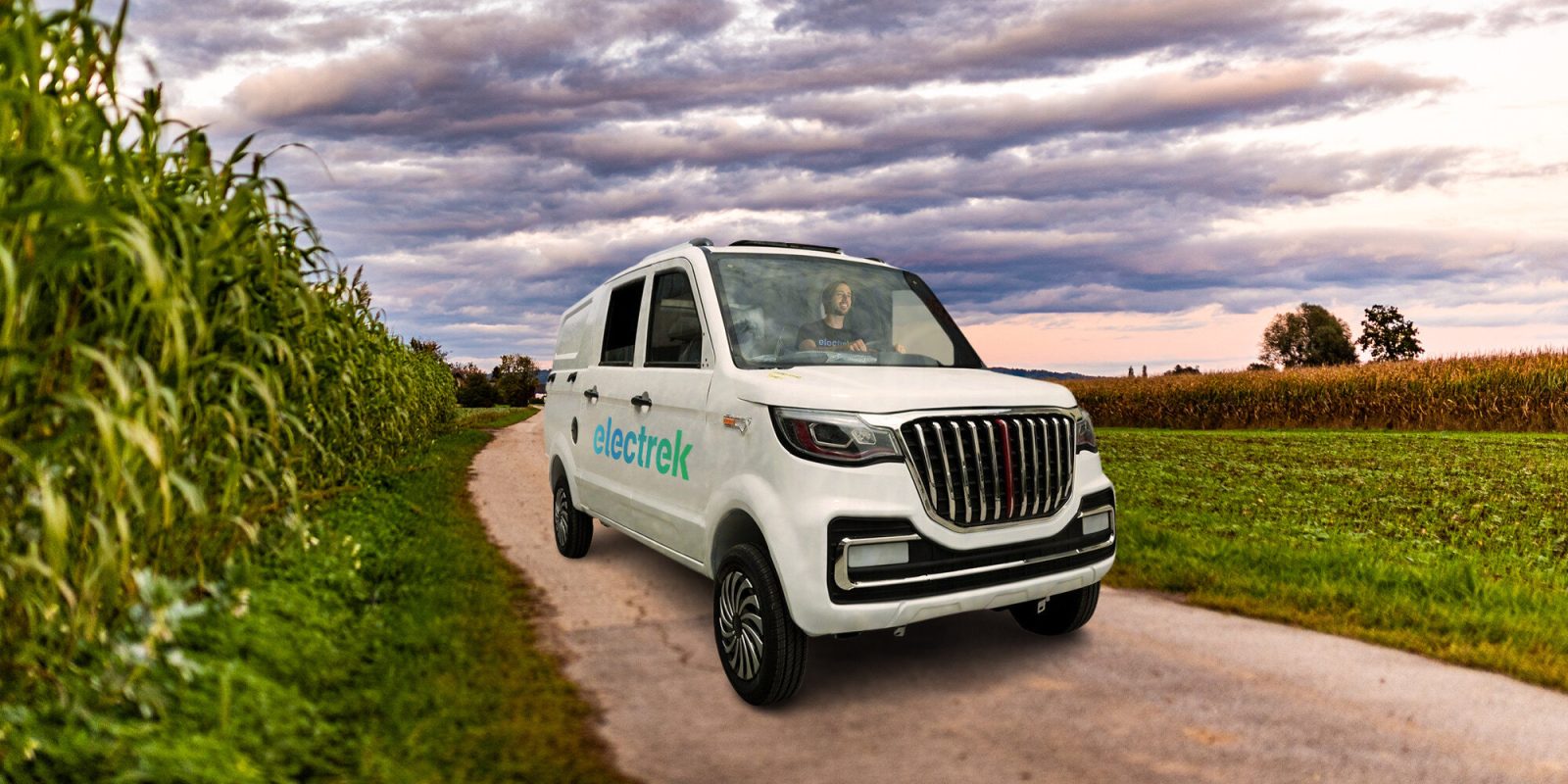 It’s no secret that I love me a fun little electric pickup truck from China. Yes, I’m that guy that floated one over from halfway around the world to use as a farm truck in the US. But just like my four-year-old nephew after a run through a candy store, time does not stand still. And neither does the pace of development in Chinese electric mini truck factories. Because less than half a year after my own mini electric pickup truck rolled into my garage and heart, more advancements are popping up in the industry. And that means that we all get to enjoy the latest that the Chinese mini electric pickup truck market has to offer in this week’s rendition of the Awesomely Weird Alibaba Electric Vehicle of the Week!

My little e-truck, for all its charm, pales in comparison to this new Chinese mini electric truck technology.

First of all, check out the major structural advances we have going on here.

This little e-truck doesn’t only get an extra two seats and two doors added to turn it into a crew cab, but the bed also now gets a cap on top for enclosed storage.

I normally rib these comical little Alibaba EVs, but this truck is now so awesome that I don’t know what to make fun of it for. It’s legitimately awesome!

With four seats, you can actually use this little truck as a family vehicle, transporting the wife and kids around with you. Whether or not she’ll allow you to risk the family in a truck built entirely of crumple zone material is another matter, but at least it’s got the seating capacity for it!

The four seats are great, but it’s that bed topper that I’m really loving. Check that thing out! This two-thirds-scale pickup truck is all set to be converted into a plumber’s vehicle. You could specialize in fixing pipes in two-thirds-scale houses!

Or keep whatever the heck you want back there in rain-protected storage! Add a few breathing holes and you’ve got a little version of those K-9 police trucks.

To be fair, I’ll admit it’s somewhat low performance. You’re not going to be cracking 45 km/h (28 mph) without a serious downhill run and a tailwind. But with that giant bed cap, you’ve got quite a sail to catch that tailwind when it comes. Just don’t cut across it or you might be wheels up – there’s not much of a keel on this thing.

And with its measly 2,000-watt motor, you probably shouldn’t drive into the wind either. 2 kW?! That’s not even three horsepower! I’ve seen electric bicycles with more power than that!

But let’s get real. No one is buying this thing for its high-performance features. They’re buying it for how cool it is. And how much fun it would be to drive around in a mini-truck. Trust me, I know.

But you should also know that there’s no way you’re getting away with the claimed “$2,950” purchase price. My two-seater electric truck was listed as $2,000, but by the time I put batteries and a number of accessories in it, then floated it half way around the world, I had paid at least three times that.

That’s still a lot cheaper than a new Rivian or F150 Lightning, even if the specs don’t quite match. But at least you can have one in a matter of months instead of years.

If you are going to get one of these, be prepared for a wild ride. My purchase was quite a rollercoaster, including moments like the boat arriving in the US and the truck somehow not being on it.

But for the brave-hearted out there whose significant others will let them take the whole family for a ride in this tin can with a bed topper, you’re in for a tun of fun! And perhaps just a little tetanus trying to get the shipping crate open…