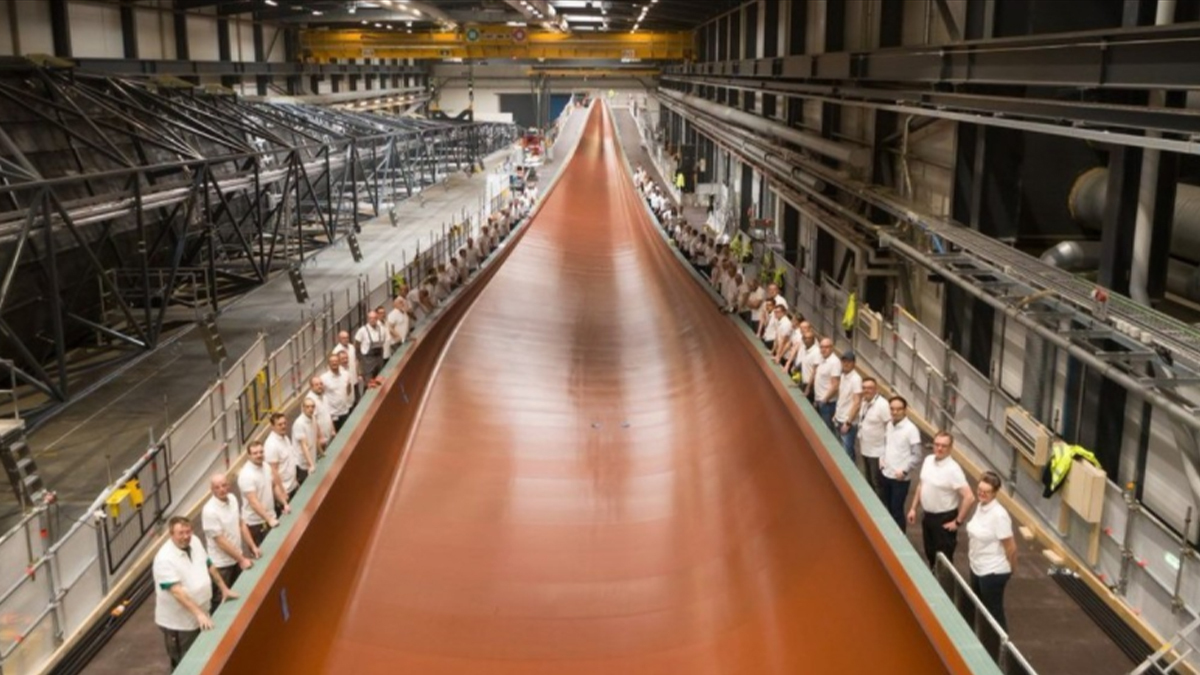 Spanish-German wind giant Siemens Gamesa has started production of its first B115 blades at its facility in Aalborg, Denmark. The blades will be used on its SG 14-236 DD offshore wind turbine, which will have an output of 14 megawatts (MW) and a rotor diameter of 236 meters (774 feet).

The SG 14-236 DD prototype, which will feature the new B115 blades that are 377 feet long – that’s 17 feet longer than an American football field – will be tested both on the company’s test stand in Aalborg, and also at the Østerild test center in late 2022.

The video below (and photo above) shows the blade’s mold and demonstrates the sheer scale of the turbine blades:

In December 2021, Electrek reported that Siemens Gamesa’s SG 14-222 DD prototype offshore wind turbine produced and delivered its first electricity to the grid at the test center in Østerild.

The purpose of increasing the rotor diameter of a wind turbine is so it can deliver more annual energy production.