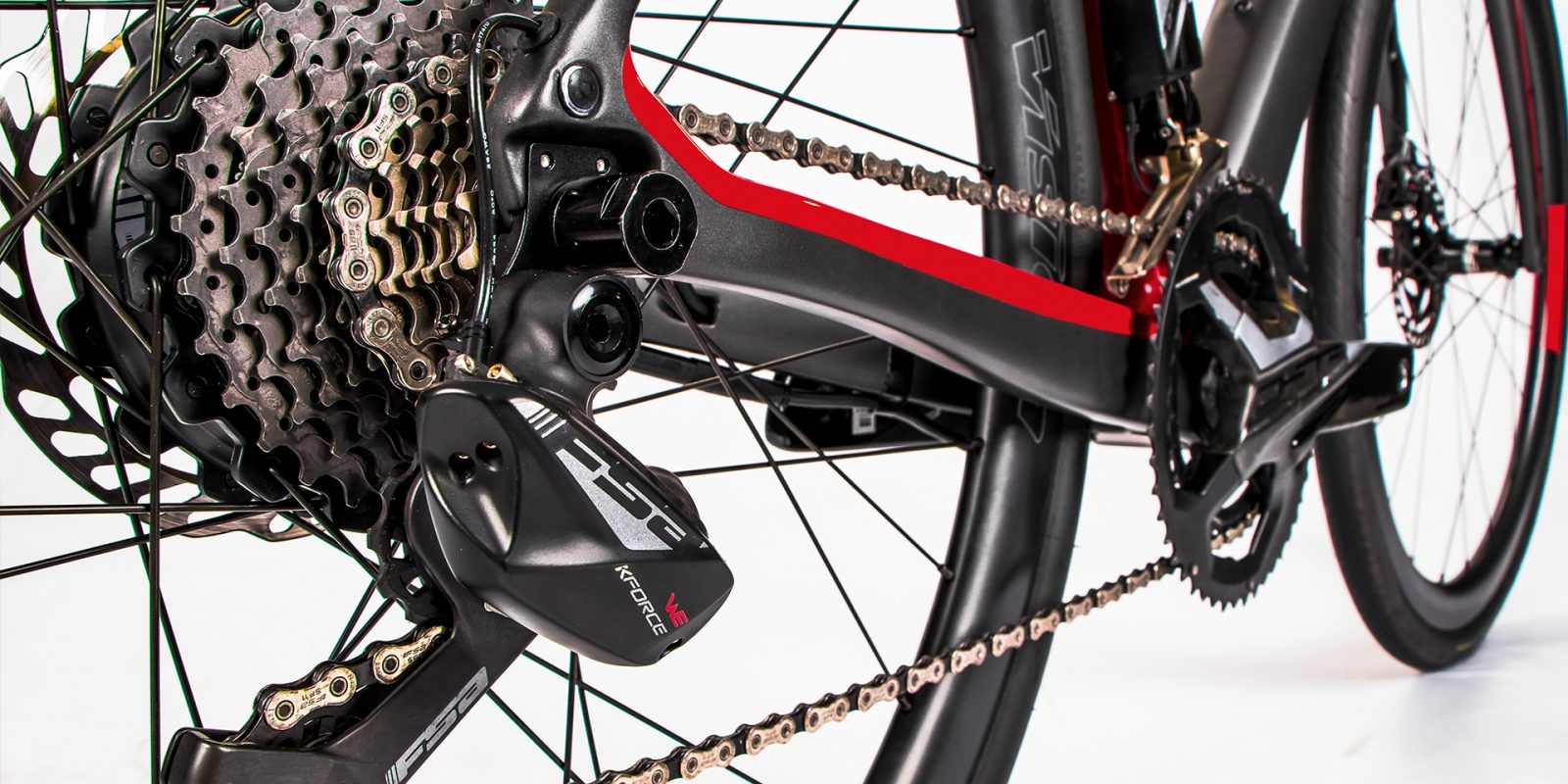 The Ducati Futa was just unveiled today as the Italian motorcycle maker’s first-ever racing electric bicycle. The move marks an even stronger push by Ducati into the e-bike industry, expanding its offerings with a new format of e-bike.

Unlike the high-end electric mountain bikes we’ve seen from Ducati before, the newly unveiled Ducati Futa is purely a road bike – and a racing road bike at that. It’s designed for going fast and riding efficiently.

Or as Ducati puts it:

The carbon fibre monocoque frame has a sport endurance geometry, but with technical choices oriented towards aerodynamics and speed. The compact rear stay, with lowered sheaths, makes the bike comfortable, while generating less aerodynamic drag. The rear triangle is rigid laterally, precisely by virtue of the choice of the position of the sheaths and favours a better transmission of power to the wheel, as well as increasing the responsiveness of the bike. Down tube, seat post and fork sliders are expertly profiled and their reliefs are highlighted by the play of colours of the livery which sees grey and black as the main colours with accents in Ducati Red.

There’s also a 250 Wh extender battery pack that can be added to double the bike’s range. That’s another move that is becoming increasingly common in the e-bike industry, as many companies seek ways to help riders go even further once the main battery is exhausted.

With an ultra-efficient e-bike like this, power draws in the 3 Wh/km (5 Wh/mi) ballpark are common, meaning that the Futa’s battery could easily last for 80-ish km (50-ish miles) in low power mode.

A second battery would of course double that range.

The FSA System HM 1.0 motor puts out 42 NM of torque and provides 250W of electric assist, keeping it on the lighter and lower power end of the spectrum. It’s just enough to give a nice tailwind to the rider without taking over the lion’s share of the effort.

That rear hub motor is paired with a K Force WE groupset featuring a 2×12 speed wireless electronic shifting setup. There’s nothing between you and the transmission except for air and electromagnetic waves.

There’s also carbon fiber everywhere, from the frame to the wheels to the handlebars and even the seat post. Making up for the added bulk of a motor and battery, the carbon fiber creates a strong, stiff frame that sheds as many grams as possible.

For those that aren’t happy with a simple $8.5K Ducati racing e-bike, there’s a limited edition Futa available too.

It will apparently feature even nicer components to shave off a few more grams.

Produced in only 50 numbered examples, the new Futa Limited Edition retains the features of the Futa but is enriched, in addition to the special Ducati Corse livery, with standard components that make it even lighter.

The Futa Limited Edition was created for the most demanding riders who want to enjoy the best in terms of technological innovation and performance.

How much does the limited edition Futa cost? Well, you know what they say. “If you have to ask…”

Ducati is of course no stranger to electric two-wheelers.

Testing the waters before committing to a full-scale electric motorcycle, Ducati has lent its name to a series of electric scooters and e-bikes.