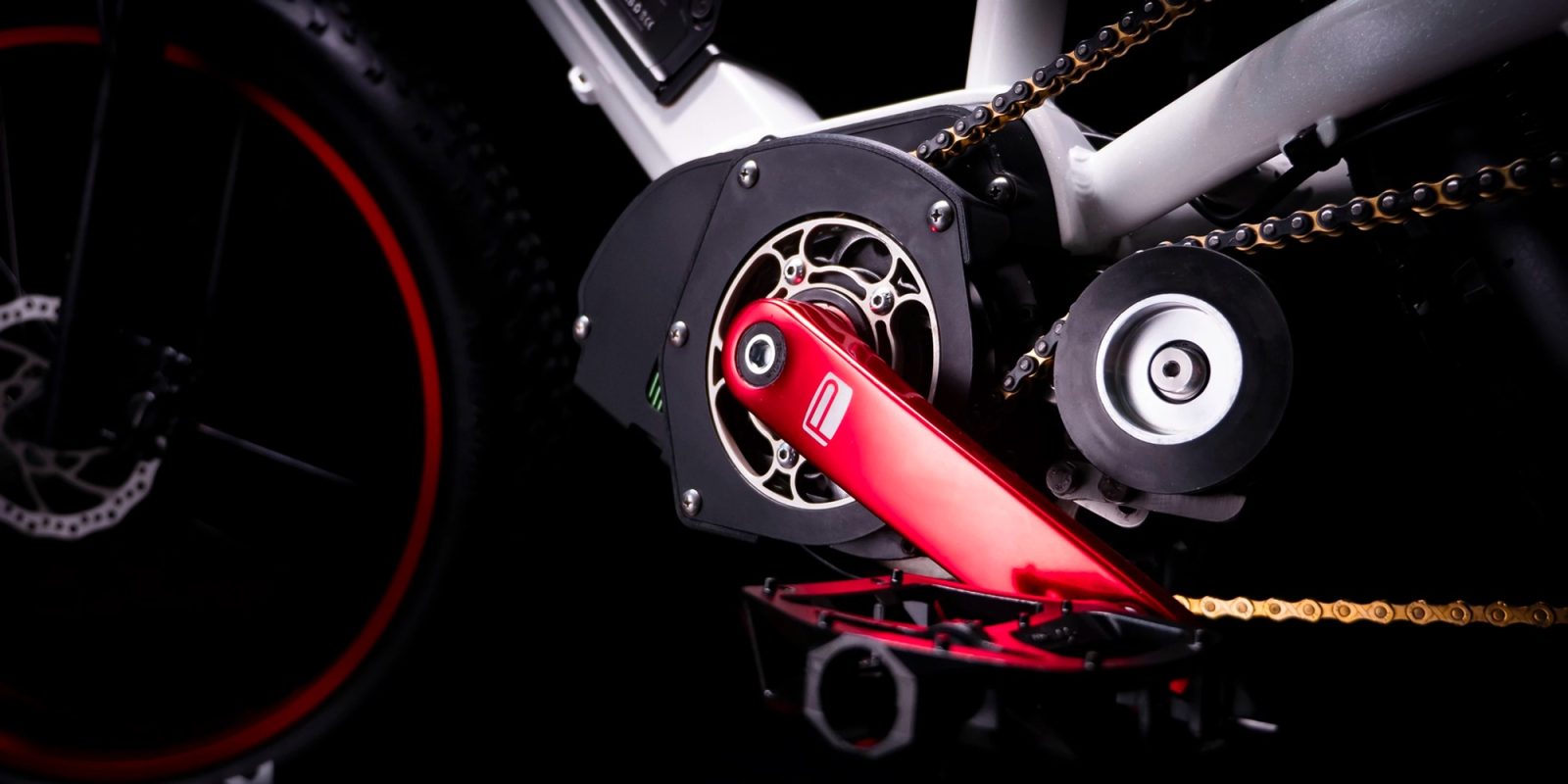 Canadian electric bike company Biktrix has never shied away from high-power motors. Several of the brand’s e-bikes feature what used to be one of the most powerful mid-drive e-bike motors on the market: the Bafang M620 Ultra motor. I say “used to be” because it has now been surpassed by Biktrix’s own in-house developed Biktrix XD motor, and the new motor solves all of the major problems we’ve previously seen with such high-power mid-drives.

High power electric bicycles are a blast because they allow new types of riding that wouldn’t have been previously possible. Hills that are so steep that they can be difficult to climb on foot can suddenly be biked up.

But the problem with high-power mid-drive motors on e-bikes has traditionally been that they tend to destroy the bikes, or more specifically, the bicycle chains and rear gears that were never designed for those loads.

A healthy mountain-biker can sustain several hundreds of watts each hour. A high-power mid-drive motor like the infamous Bafang M620 Ultra can sustain 1,000W for days and often peaks closer to 1,500W. That’s a recipe for breaking chains and ripping teeth off of gears, something that multiple Electrek staff have experienced.

So when Biktrix went about designing its XD motor to be even more powerful than that, they decided to flip the script and totally remove the bicycle drivetrain – or at least add a second more powerful one next to it.

Instead of transferring the motor’s power through the existing bike chain and gears, the Biktrix XD adds a second output from the motor unit on the opposite side of the bike.

The traditional bike chain stays on the right side of the e-bike and transfers the human input to the rear wheel. The motor’s output travels through a left-side sprocket and motorcycle-style chain in a second independent power transfer system.

The result: Human power stays on the equipment designed for humans, and the motorcycle power goes through a much beefier set of components – and beefy is the right way to describe it. Take a look at the comparison between bicycle chain/gears and the XD’s motorcycle-level second drivetrain below.

The chain and sprockets are much thicker, specifically designed to handle these power levels.

The Biktrix XD motor isn’t just designed in Canada, it’s built there, too. The team certainly prides itself on the local manufacturing, as Biktrix founder and CEO Roshan Thomas shared:

I’m proud of my team for their steadfast efforts on bringing this project to life. We’re constantly striving to bring manufacturing back to North America.

The powerful XD comes with a claimed “2,000+ watts”, and I’m guessing that plus sign is doing some heavy lifting, as the motor seems capable of much higher peak power levels.

To continue the comparison with the Bafang M620, Biktrix’s team put the new Biktrix XD motor up against the M620 in a drag race that you can see at the beginning of the launch video below.

And while you’re watching the video, stick around to 1:32 for a truly impressive showcase of the Biktrix XD motor’s climbing power. The motor seems so powerful that it could practically climb a wall if the bike’s tires were sticky enough.

As an even more ridiculous demonstration of the system’s durability and power, Biktrix even showed it towing a highway-rated camper trailer. A job that normally would require a pickup truck was performed by an electric bicycle. Let that sink in.

Coming soon on the Juggernaut XD

Equipped with the XD motor system, the Biktrix Juggernaut XD is capable of “50+ km/h” speeds (31+ mph), and again, that plus sign is likely hiding a much higher number. The motor will come internally waterproofed and with waterproof connectors, plus it is surrounded by bash guards to prevent it from taking direct hits when operating in rough terrain.

The motor core is also modular to make it easy to service, when necessary. The Juggernaut XD will feature two frame sizes with an inverted front air-shock suspension fork. A 10-speed shifter will come standard, and riders will be able to choose between a right side half-twist throttle or a left side thumb throttle. Both 48V and 52V battery options will be available in capacities up to 25 Ah, or approximately 1,300 Wh.

“But why not just buy a motorcycle?”

The Juggernaut XD will no doubt be an impressive piece of machinery.

The power and torque put it at light motorcycle-levels, and the capability of the e-bike provides dirt bike-like performance.

With such high power electric bicycles, I often hear people ask, “Why not just buy a motorcycle?” And while I understand the confusion, those people are missing the point. The crux of e-bikes like these is that they aren’t just for going fast, accelerating quickly, or climbing previously unclimbable peaks. They’re for providing a cycling experience. You get the feel of actually pedaling, just with the result being so much more powerful. Think of it like a mech suit for your legs.

It’d be like asking a wing suit flyer, “Why don’t you just buy a plane ticket?” The point isn’t to just go high or fast in the sky – it’s to feel like you’re flying. And with high power e-bikes, it’s to get the cycling experience, but with much more extreme performance. Sitting on a 250 lb dirt bike isn’t the same as pedaling a 100 lb e-bike up a massive mountain.

And believe it or not, you still get a good workout from high power 1,000+ watt e-bikes, when used in pedal assist mode. Sure, the bike is going much faster since the motor puts out more power, but your legs are still pumping along hard. You can get the same workout on a 250W e-bike as a 2,000W e-bike, if you try. The only difference is that the couple hundred watts of power you add personally means you’re cruising at 450W on the first and 2,200W on the second. Which one sounds like more fun?

That being said, of course this type of power isn’t meant for bike lane commuting or even typical mountain bike trails. There’s some serious responsibility that comes with operating a machine like this.

We hope to learn more about the this new motor tech ahead of the upcoming Juggernaut XD’s release.

Until then, let’s hear your thoughts on Biktrix pushing the envelope with new power levels. Sound off in the comments section below!