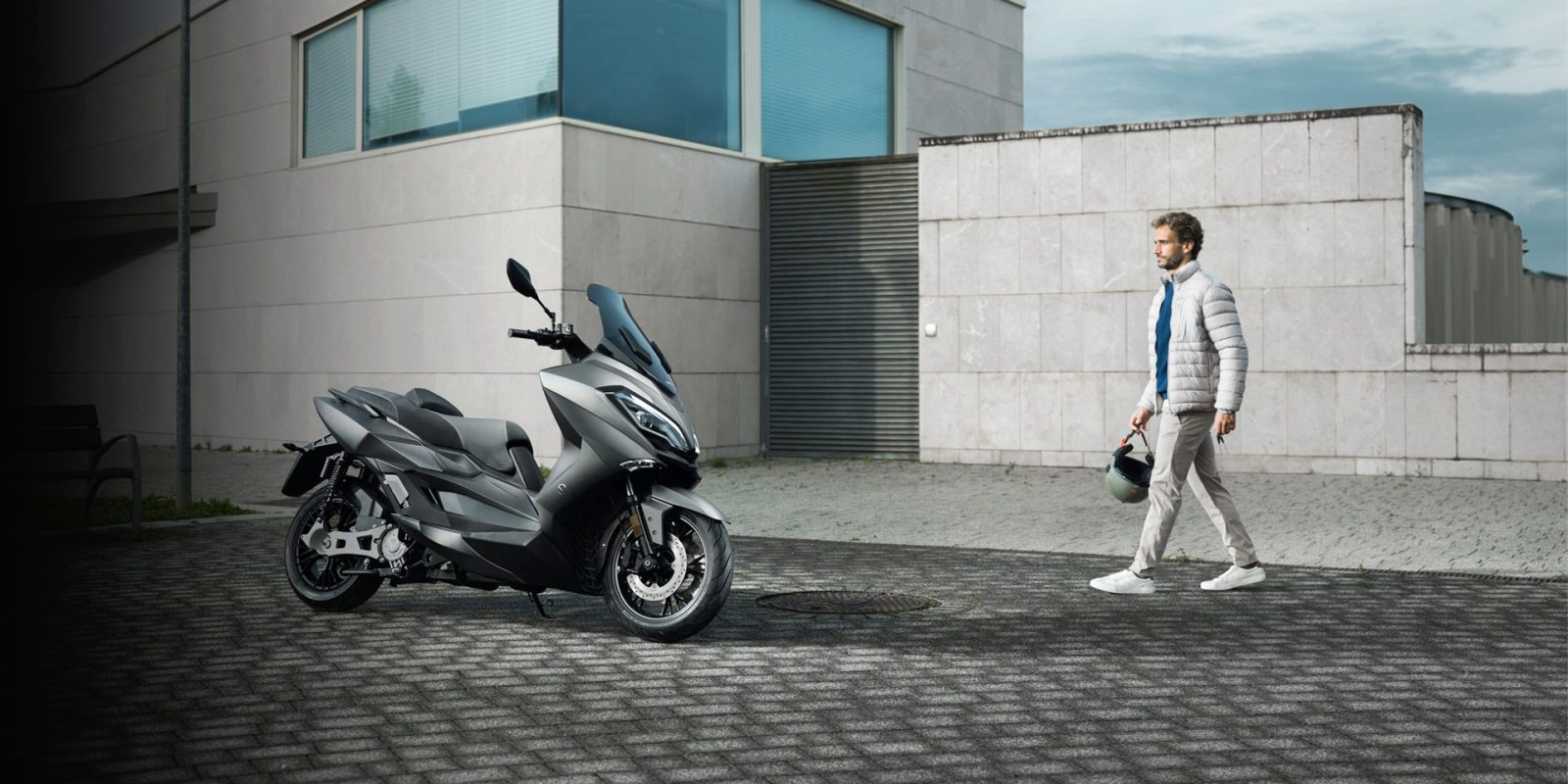 Instead, this big boy comes with a 9 kW continuous rated motor that puts out a peak rating of 12 kW. The company says it will propel riders up to 125 km/h (77 mph), allowing the scooter to access everything from slower urban roads to faster highways.

As far as true commuter electric scooters go, that versatility is important for many riders in search of the freedom to exit the city and cruise the countryside (or just the intracity highways).

As a maxi-scooter, no one expects this to be a lightweight offering. But the weight is even heftier than you might have expected, thanks to its choice of lithium iron phosphate batteries. The heavy batteries push the Nerva Exe’s weight to a healthy 202 kg (445 lb).

Made by BYD, Nerva’s battery is actually a pair of 2.88 kWh batteries adding up to 5.76 kWh total. That’s apparently good for 90 km (56 miles) of range. Considering that my smaller NIU NGT electric scooter has 4.3 kWh of battery and is rated for 140 km (87 mi), it sounds like Nerva is quoting that range using a higher and more realistic speed.

Lithium iron phosphate batteries may be heavier and bulkier, but they also present unique advantages.

The chemistry is safer since it is nearly impossible for it catch on fire (it oxidizes much slower, making it difficult for LiFePO4 batteries to sustain a fire, unlike most lithium-ion varieties that certainly can). It also lasts much longer, to the tune of 6,000 charge cycles, according to Nerva.

Assuming that the Nerva Exe’s average 90 km range figure holds up, the 6,000 charge cycles equate to 540,000 km (335,000 miles) before riders would need to replace the batteries. And even then, the batteries aren’t really dead. They’re just holding less capacity than the manufacturer deems sufficient, and thus are considered at the end of their useful life as vehicle batteries.

Large batteries might make you think that on-board storage is limited. But think again, because the Nerva Exe seems to have enough underseat storage capacity to fit a pair of helmets.

Chalk up one more point in the maxi-scooter column!

And Nerva also offers a neat option for renting the batteries instead of buying them. Owners who opt for a five-year contract will be able to get a new set of batteries upon renewing.

The only problem is that we don’t yet know what the actual price will be, either for buying the scooter outright or for doing the pseudo rental-battery model. Adding to the list of unknowns is exactly when the Nerva Exe will be ready to hit the road.

But while we wait for more details, we can at least appreciate this advancement in the arms race of larger electric scooters that compete more favorably against their gas counterparts.

What do you think of the Nerva Exe? Let’s hear your thoughts in the comment section below!