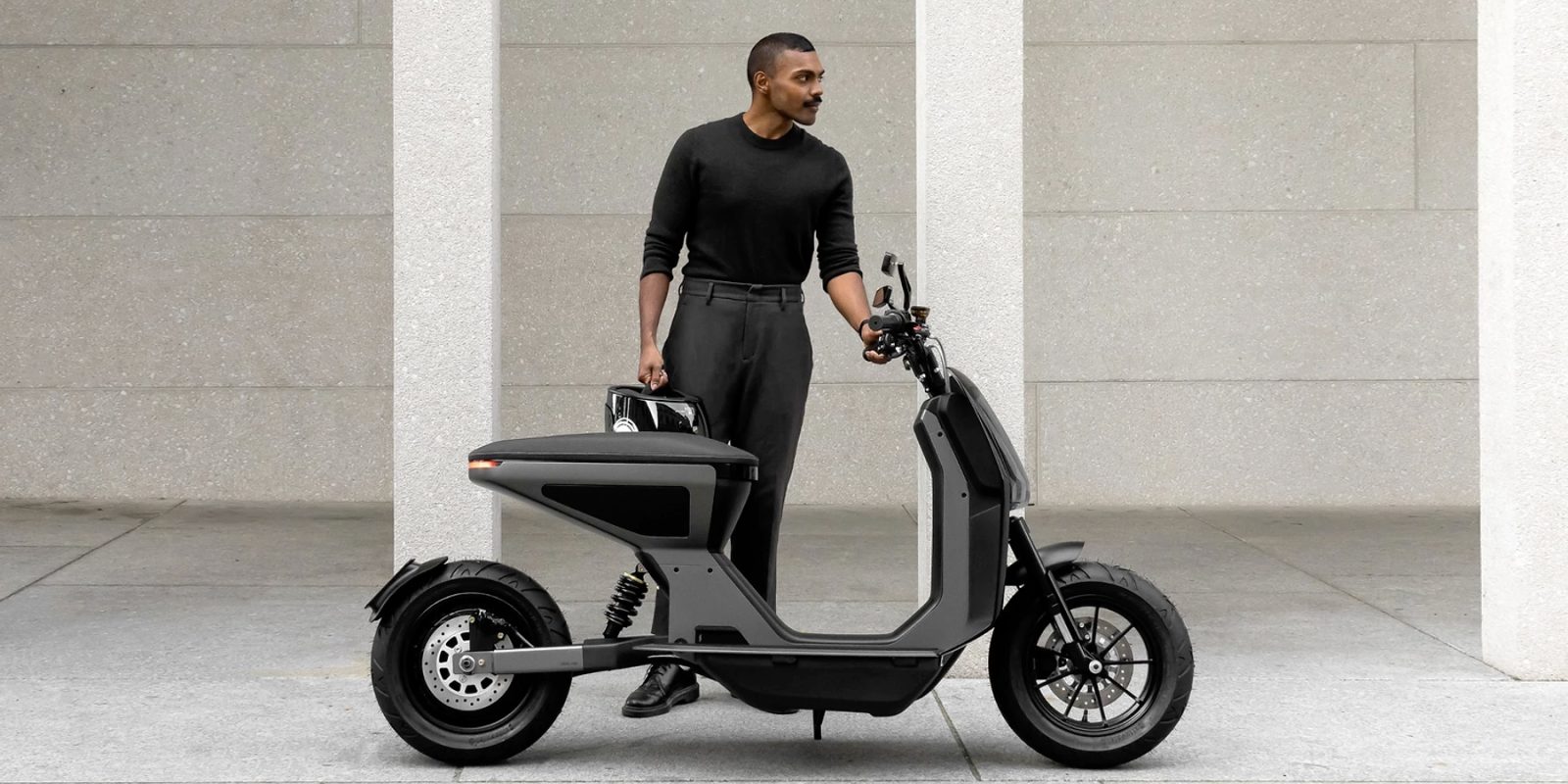 In a sea of Vespa-styled electric scooters coming out across Europe, the newly unveiled Naon Zero-One electric two-wheeler offers a unique and fresh design. The fresh styling just may help differentiate it from the ubiquitous classically designed scooters still commanding significant market share.

One look at the Zero-One is all it takes to realize that this is something quite different than we’ve seen before in the industry.

The long and flat running boards, the exposed rear swingarm, the angular seat – it’s all a stark contrast to the typical flowing and sweeping lines of Vespa scooters and the many models that have become “inspired” by that look.

But the Naon Zero-One’s introduction didn’t just present a new style; the scooter is also packing quite a punch in its highest power format.

The L3e version of the scooter will apparently reach a top speed of 100 km/h (62 mph). That’s fast enough for some short highway jaunts, though likely not for long commutes on higher speeds roads.

Even so, it opens the possibility for expanding a journey outside of purely urban streets, letting riders exit the city to reach further-flung destinations that require higher speed roads to access.

A 7 kW rear hub motor with a 10 kW peak power rating makes those speeds possible, though a 2.4 kWh battery means that riders won’t be able to spend too long at such speeds. A second battery can be added, helping to extend the riding time. The maximum range is 140 km (87 miles), according to Moto.it.

Unlike many electric scooters that store the batteries under the seat, the Naon Zero-One packages its removable batteries under the riders’ feet. That leaves the under seat area open for storage. It doesn’t look like the largest storage area, but it should still provide some good utility for carrying smaller items and avoiding needing a backpack all the time for errand running.

The storage capacity is a key selling point for many riders, but it often comes at the expense of longer range.

Slower speeds help eke out more range, and the L1e version of the Naon Zero-One will help keep those speeds in check. To fit into that regulatory class, this version maxes out at just 45 km/h (28 mph) but requires less strict licensing and is thus more attractive to many young city-dwellers who only need a local ride to hop around dense European cities.

The Electrek team had just such an experience in Munich late last year, where we got around the city almost entirely on L1e electric scooters from fellow-German electric two-wheeler brand Unu.

The Naon-Zero is a two-seater, making use of those long and pancake-flat running boards instead of pillion foot pegs. It’s not an entirely new design, but certainly a rarity.

The scooter also opts for a partially transparent front shield, which again puts the scooter at odds with most of the industry.

Naon may be entering the market with a non-Vespa design, but the prices are a bit closer to Piaggio’s electric Vespa territory.

The L1e version with lower performance is the most affordable option at €4,920 (approximately US $5,640).

Those prices are certainly on the higher end of the market in Europe, so Naon will be counting on its differentiating features to draw in riders once the scooters eventually make it to market next summer.

While we wait, let’s hear your thoughts on the new electric scooter. Sound off in the comment section below!