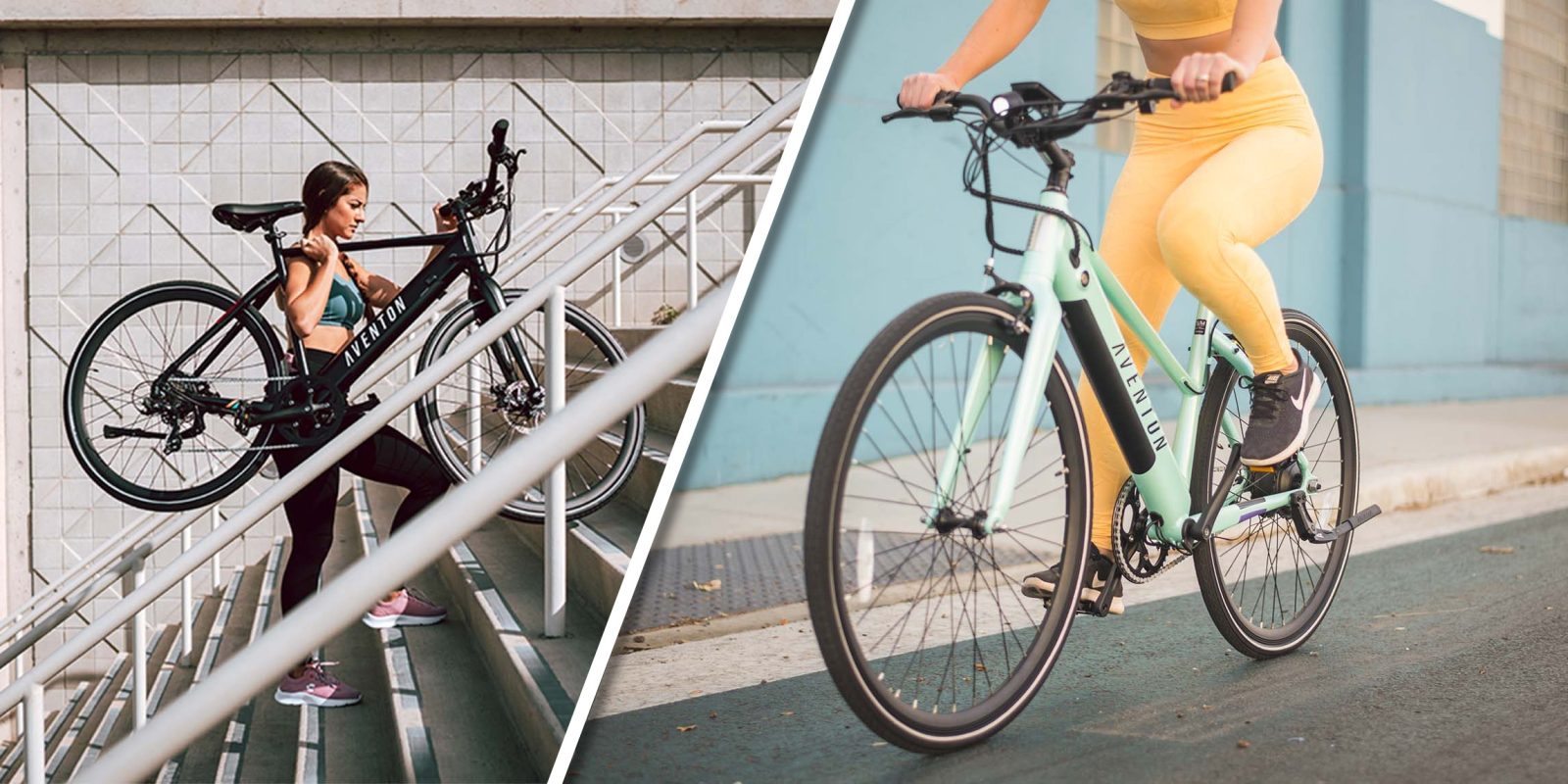 Aventon is highly-regarded in the electric bicycle industry for its quality manufacturing. With the newly launched Aventon Soltera electric bike, the brand is now bringing its expertise to the more affordable end of the spectrum. The lower cost model still features the company’s high quality manufacturing and looks like it may edge out other competitors in the category on features.

The Aventon Soltera is primarily a metro-style e-bike designed for city riders.

It is available in either a traditional step-over diamond frame or a more accessible lower-step option. Both frame styles offer two sizes to better fit a range of riders. Whereas most e-bikes these days are heavy models loaded down with big motors and batteries, the Soltera is a throw-it-over-your-shoulder-and-skip-up-the-stairs kind of electric bike.

The lightweight new model tips the scales at just 41 lb (18.6 kg). While that’s fairly heavy compared to a non-electric hipster fixie, it’s well below the average for most city e-bikes in this class.

The minimalist design includes both throttle-enabled electric assist and traditional pedal assist, meaning riders can provide as much or as little of their own effort as they wish.

The Soltera is being positioned as a simple, low-maintenance metro e-bike for commuters.

The elegant and minimalist design is reminiscent of Aventon’s performance cycling roots, but with an electric charge. The performance-inspired geometric frame allows for a more aggressive riding style with room to still enjoy a relaxing ride. Maneuver your way through the city with the help of the stealthy yet powerful motor, equipped with both a throttle and pedal assist. Or if you’re looking for a bit of a challenge, ride the Soltera using your own force and will.

To give riders a choice of drivetrains, the Soltera is available in either a single-speed version (priced at $1,199) or a seven-speed (priced at $1,299).

A 350W rear hub motor powers the bike up to a top speed of 20 mph (32 km/h), keeping the e-bike just within the confines of Class 2 regulations in the US.

LED lighting is integrated into the bike with a bright headlight on the bars and a rear tail light built directly into the rear seat stay tubes (the part of the frame running down from the seat post to the rear wheel).

It’s a move we’ve seen Aventon pull before, and it means that there is no bulky tail light hanging off the back of the bike. It’s also provides lighting on either side of the bike when viewed from either rear angle.

One way Aventon helped save a couple pounds may be the Soltera’s somewhat smaller battery, rated at just 360Wh (36V 10Ah). The lockable battery is designed to be completely hidden in the frame, yet is also removable for charging off the bike. Thus, the design necessitates a somewhat smaller capacity battery.

Aventon has always gone above and beyond with honest, transparent range specifications based on real world riding data, and this time is no different. The company says that the battery should provide 20 miles (32 km) of range on throttle-only riding, and somewhere between 22-63 miles (35-101 km) when using pedal assist, depending on the level of pedal assist selected. Real world range tests for each of the pedal assist levels and throttle-only riding are listed below.

The Aventon Soltera is available in five colors of black, red, blue, yellow or green.

Riders can already place an order for the Soltera on Aventon’s website, though not all options are available yet.

Electrek will also be getting a bike soon for a full review, so make sure to check back for that as well!

There’s some serious value here, and I’m excited to see the budget-level commuter bike space starting to get some higher-end offerings.

As much as I love the RadMission electric metro bike that is often used as a benchmark for minimalist city e-bikes, I’m not sure it can compete against some of these features. For the same price as the single-speed Aventon Soltera, you get a sleeker design, 15% lighter bike, a much nicer display, better lighting and app support. However, the 350W motor and 360Wh battery are both smaller than the RadMission’s, and no company can compete with Rad’s vast local servicing options. Perhaps the $899 Ariel Rider Rideal would be a better comparison, though it certainly isn’t as sleekly designed as the Soltera. And neither company has demonstrated manufacturing prowess that comes anywhere close to the beautifully produced Aventon frames with their buttery-smooth welds.

As much as I like those tail lights that are built into the frame, I’m a bit worried though that they could be easily blocked by pannier bags. Though the number of riders with rear bags is of course a small percentage, so I guess they could just slap a blinky light on the back of their rack and call it a day (or night).

And of course, we have to note that there are no racks or fenders included on the bike as standard equipment, though those can be added.

All told, though, I think there’s some serious value here and the bike looks like a winner. If they tossed in a free rack and fenders, that’d be a truly sweet deal. But even as a naked bike, it looks good to me!