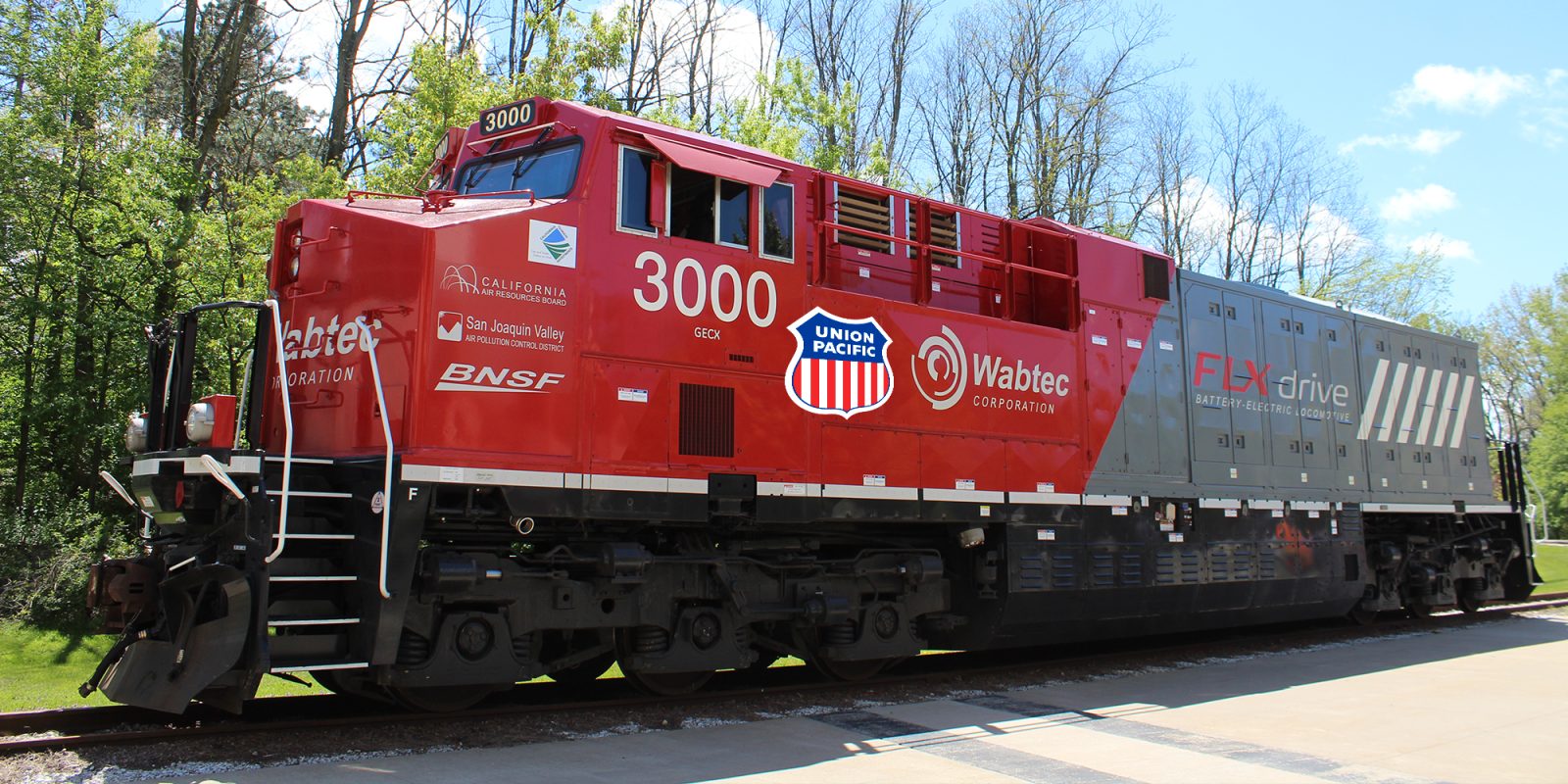 North American railroad Union Pacific announced it has purchased ten FLXDrive battery-electric locomotives from manufacturer Wabtec. The purchase marks the largest number of FLXDrives placed in a single order for Wabtec, as well as the largest investment in battery-electric locomotives by a North American railroad (Union Pacific).

Union Pacific Railroad ($UNP) is one of the longest-tenured railroads in North America, having been founded in 1862. It currently operates over 8,000 locomotives across 23 of the Western United States, including Illinois and Louisiana.

Union Pacific considers trains the most environmentally-friendly means to transport freight and has recently made further vows to help reduce its own greenhouse gas emissions. This past December, the American railroad published its first comprehensive Climate Action Plan, outlining efforts to significantly reduce emissions throughout its operations.

As part of that plan, UP plans to reduce its Scope 1 and 2 emissions 26% by 2030, and achieve net zero emissions by 2050. That’s why a purchase from Wabtec makes a lot of sense. Wabtec Corporation ($WAB) is a manufacturer and freight company with over 150 years of expertise in locomotives.

Last June, Wabtec began a California pilot program with its FLXdrive battery-electric freight locomotive. Since the FLXDrive has been commercialized, Wabtec has already seen four orders from railroads including Canadian National Railway (CN) and Rio Tinto in Australia.

Wabtec’s fifth order from Union Pacific is the largest for electric locomotives to date.

The new purchase from Wabtec was announced earlier today by Union Pacific, along with a statement from the railroad. Chairman, President, and CEO of Union Pacific, Lance Fritz spoke:

Railroads are already the leader in low emissions ground transportation, and we believe battery-electric locomotives are the next step in our journey to eventually reach net zero. This first phase of testing will further enhance the technology, and, ultimately, benefit the entire industry.

To begin, Union Pacific plans to use the FLXDrive electric locomotives to upgrade its rail yard infrastructure. This is a different approach to Wabtec’s previous FLXDrive customers, who plan to use the locomotives for mainline service.

According to the press release, the ten FLXdrives will enable Union Pacific to eliminate 4,000 tons of carbon from its rail yards each year, which is equivalent to removing 800 cars from the highway. Rafael Santana, President and CEO for Wabtec, also spoke to UP’s purchase:

As an industry leader, Union Pacific is pioneering a major application of battery power in its rail yards. Battery power is an ideal solution to reduce the environmental impact and costs of yard operations. Using the FLXdrive in the rail yard can significantly improve local air quality, as well as reduce noise by up to 70% for neighboring communities.

The electric locomotives will be manufactured in the US, and the first units are expected to reach Union Pacific in late 2023.