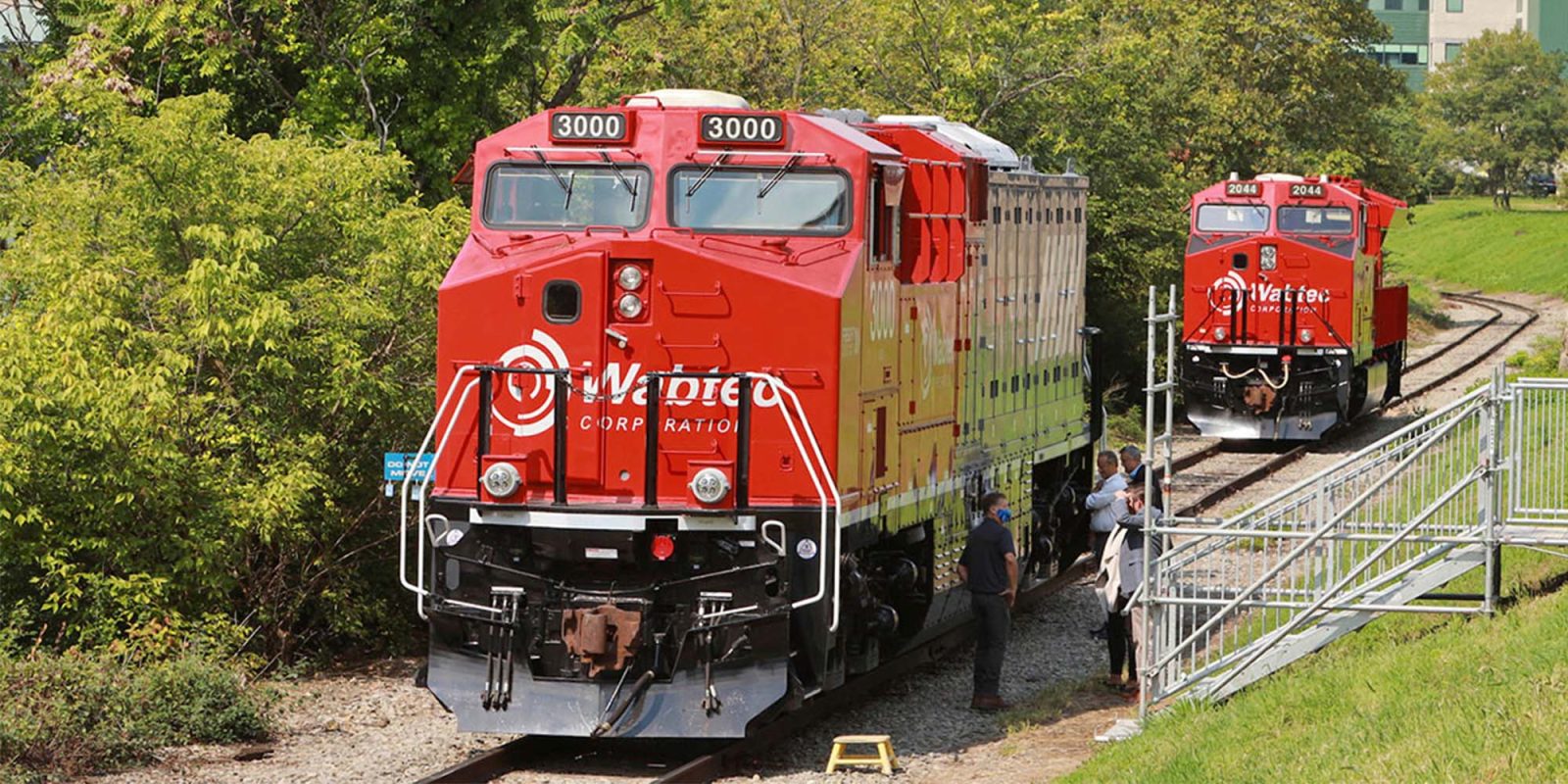 Rail freight manufacturer Wabtec Corporation has officially unveiled the newest version of what it calls “the world’s first battery-electric freight train.” The electric train, known as FLXdrive Battery Locomotive, is no longer just a prototype and has made its official debut in Pittsburgh, PA, following Wabtec’s first sale of the locomotive earlier this week.

Wabtec Corporation is a manufacturer and freight company with over 150 years of experience in the rail industry. Looking ahead, the company has had the foresight to help bring in a new era of decarbonized locomotive transportation.

As we reported as June, Wabtec was in the midst of a pilot program in California with its FLXdrive — a battery-electric locomotive capable of hauling 430,000 pounds.

The battery-electric train was developed with a $22.6 million grant from the California Air Resource Board that was awarded to Wabtec, BNSF Railway, and the San Joaquin Valley Air Pollution Control District.

The prototype locomotive delivered 22.5 tons of energy capacity (2.4 MWh) from over 20,000 lithium-ion battery cells. As a result, the FLX prototype could reach speeds around 75 mph, and travel 350 miles.

In addition to its pilot program, Wabtec also announced a collaboration with General Motors (GM) as a Memorandum of Understanding (MoU) to develop and implement GM’s Ultium battery technology into Wabtec’s freight locomotives.

Most recently, Wabtec sold its very first FLXdrive electric train, and has now unveiled its latest version in Pennsylvania.

According to a report from The Guardian, Wabtec unveiled its FLXdrive locomotive at Carnegie Mellon University in Pittsburgh as part of a new venture between the two organizations. Wabtec refers to its FLXdrive as “the world’s first battery-electric freight train.”

The event had Congressional Democrats in attendance, who used Wabtec’s latest electric train as an example of what railway transportation can achieve with the goal to eliminate carbon emissions.

This included calls for $600 million in Congress’ recent reconciliation bill to be dedicated to a freight rail innovation institute to focus on removing emissions from the railway sector. Raphael Santana, chief executive of Wabtec, spoke at the event:

A bolder, cleaner, more efficient transportation system is in our grasp. This is just the beginning.

Wabtec anticipates Roy Hill will receive the newest version of its FLXdrive locomotive in 2023 with an energy capacity of 7 MWh, a huge improvement from the 2.4 MWh previously mentioned on the prototype.

Energy capacity aside, the battery system on the new version of the electric train uses the kinetic energy of its own braking to recharge, allowing the vehicle to gain back range that would normally be lost as excess heat.

With one order on its books, Wabtec’s goal is to continue to develop the next generation of zero-emission locomotives while hoping that the global railway industry will all soon adapt.