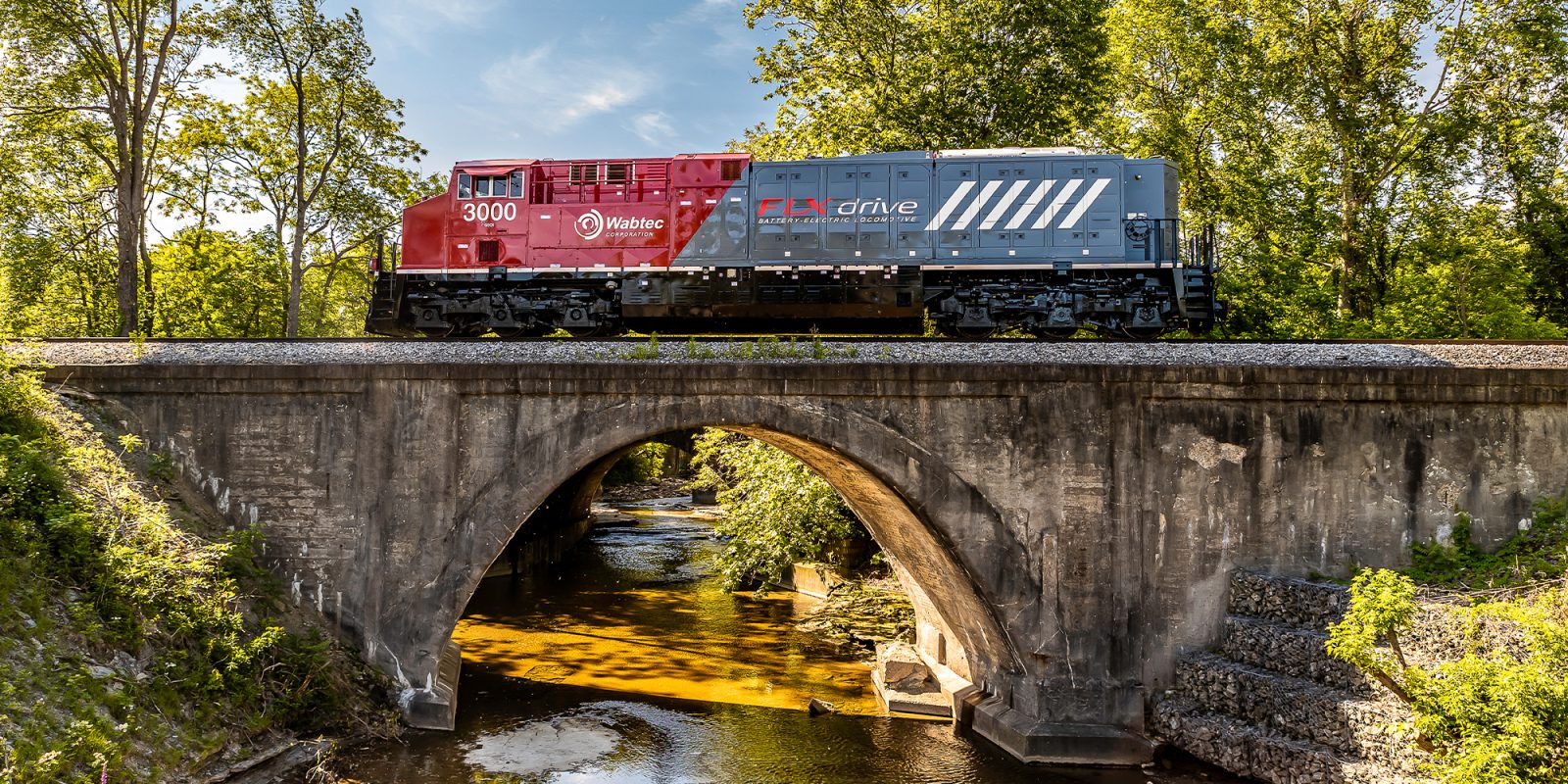 Rail freight manufacturer Wabtec Corporation has announced its latest customer is Rio Tinto, one of the largest metal and mining companies on the planet. Rio Tinto’s order for four of Wabtec’s FLXdrive battery-electric locomotives will support its effort to achieve a 50% reduction in carbon emissions by 2030.

Wabtec Corporation ($WAB) is a manufacturer and freight company with over 150 years of expertise in locomotives. That being said, the veteran’s journey into electrification began only recently in comparison. Last June, we covered news of Wabtec’s California pilot program of its FLXdrive battery-electric freight locomotive.

The prototype locomotive delivered 2.4 MWh of energy capacity from over 20,000 lithium-ion battery cells. As a result, the FLX prototype could reach speeds around 75 mph and travel 350 miles. Wabtec has been able to to deliver much higher capacities since, and a collaboration with General Motors to develop and implement GM’s Ultium battery technology in future electric locomotives sounds promising for further performance improvements.

This past September, Wabtec shared that its first FLXdrive electric locomotive sold would be going to Roy Hill for iron mining in Australia. This was followed by news in November that Canadian National Railway Company (CN) had purchased its own FLXdrive battery-electric locomotive, the first to join its 19,500-mile rail network.

Someone down under must have been paying attention to the Roy Hill news last year because Wabtec just landed its largest electric locomotive order yet, lead by another Australian mining company.

Wabtec announced the news of the purchase from Rio Tinto today, which includes four of the newest version of FLXdrive freight trains. According to Wabtec, its most recent electric locomotives feature an energy capacity of 7 MWh, nearly triple the capacity of the prototype launched over a year ago.

Based on Rio Tinto’s planned route from its mine to the port at Dampier in Western Australia, the new FLXdrives are expected to reduce the company’s fuel costs and emissions by a double-digit percentage per train. Richard Cohen, Rio Tinto iron ore managing director of port, rail and core services, spoke to the purchase:

Our partnership with Wabtec is an investment in innovation and an acknowledgment of the need to increase the pace of our decarbonization efforts. By locking this in now, we are making progress in our efforts to reduce our Scope 1 and 2 carbon emissions by 50 percent by 2030.

Rio Tinto said it will use the FLXdrive locomotives to transition from the diesel versions in mainline service, recharging during each trip through regenerative braking and at charging stations.

In addition to providing the electric locomotives, Wabtec will also implement its energy-management software system to help Rio Tinto determine the optimal times to discharge and recharge the freight batteries along a given route.

Wabtec said it will deliver the FLXdrive battery-electric locomotives to Rio Tinto in 2023.