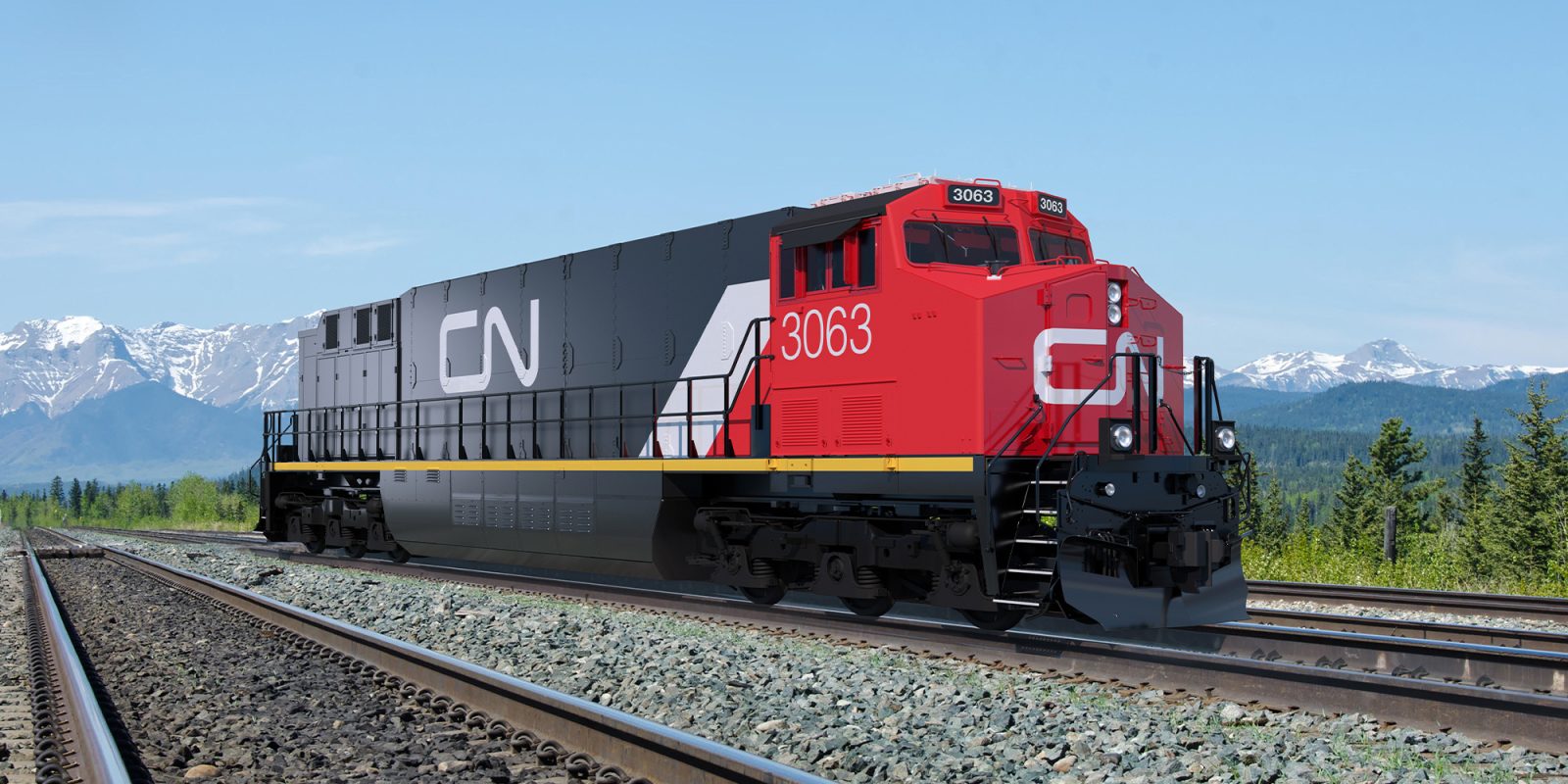 Canadian National Railway Company (CN) announced the purchase of Wabtec’s FLXdrive battery-electric freight locomotive, the first to join its 19,500-mile rail network. The purchase was part of CN’s sustainability strategy to reduce freight transportation emissions and will be supported by a grant from the Pennsylvania Department of Environmental Protection (DEP).

CN ($CNI) is a railway company in operation since 1919, safely transporting over 300 million tons of natural resources, products, and finished goods throughout North America each year.

The company is currently the most fuel-efficient railway in North America, using approximately 15% less locomotive fuel per gross ton-mile than the industry average.

These targeted efforts toward reducing emissions have resulted in CN being one of only three Canadian companies listed on non-profit CDP’s Climate A List. With sustainable freight transportation in mind, it’s no wonder CN looked toward Wabtec for help.

Wabtec Corporation ($WAB) is a manufacturer and freight company with over 150 years of experience. Last June, we covered a pilot program in California with its FLXdrive – a battery-electric freight locomotive with a maximum weight of 430,000 pounds.

The prototype locomotive delivered 22.5 tons of energy capacity (2.4 MWh) from over 20,000 lithium-ion battery cells. As a result, the FLX prototype could reach speeds around 75 mph and travel 350 miles.

In addition to its pilot program, Wabtec also announced a collaboration with General Motors to develop and implement GM’s Ultium battery technology into its electric freight locomotives.

In September, Wabtec shared that its first FLXdrive electric freight locomotive had been sold to Roy Hill in Australia. With CN’s latest announcement, it has followed suit with a purchase of its own.

CN purchases its own electric freight locomotive from Wabtec

In a press release today, CN announced the official sale of its first battery-electric locomotive from Wabtec. The purchase includes awarded financial support from Pennsylvania’s Department of Environmental Protection (DEP) under the Marine and Rail Freight Movers Grant Program.

CN looks to partner with Wabtec to further integrate its FLXdrive technology into its railway network, beginning with this initial locomotive purchase. CN’s president and CEO Jean-Jacques Ruest spoke about the railway networks goals:

As part of our sustainability strategy to reduce freight transportation emissions through innovation, we plan to continue to lead the sector by deploying low and no carbon technologies. At CN, we believe rail has a tremendous potential to reduce the environmental impact of transportation. As a mover of the economy, CN is committed to playing a key role in the transition to low-carbon economy.

Looking ahead, CN has already committed to reducing its scope three greenhouse gas (GHG) emissions from fuel and energy-related activities by 40% per million gross ton-miles by 2030, compared to a 2019 base year.

The Wabtec FLXdrive is expected to deliver to CN in 2023.