Current classics: MINI Recharged muscles in on the restomod racket 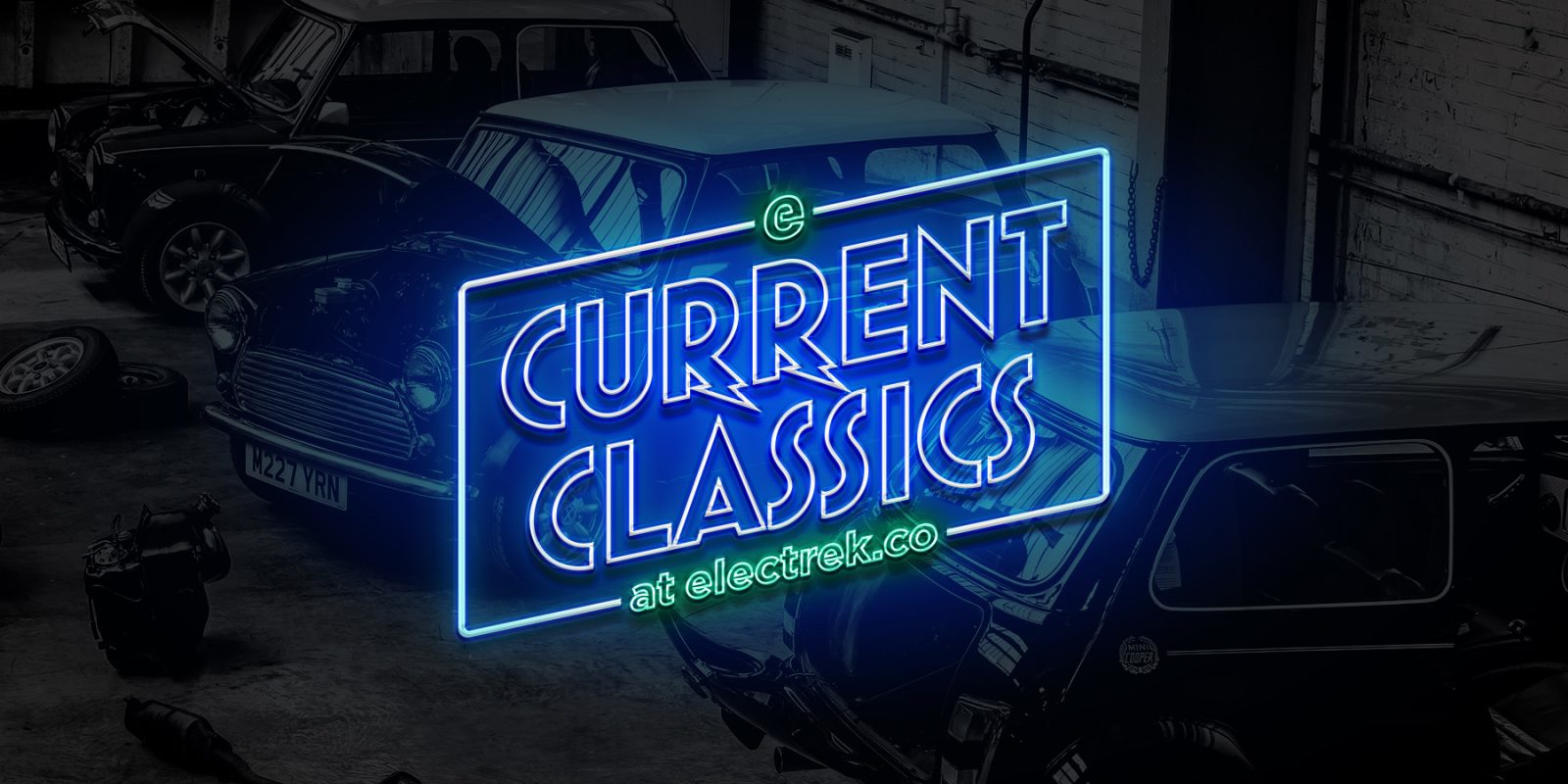 Thanks to a passionate team of enthusiasts at MINI Plant Oxford, sustainable driving fun is now available in a classic car body – with factory backing! The MINI Recharged program stuffs an original Mini with pioneering technology in the spirit of making a more circular economy.

“If Alec Issigonis could design the classic Mini again today,” reads the BMW Group press release, “the iconic small car would have an electric motor.”

They might be right about that. After all, the original Mini launched in 1959 in the middle of a European oil crisis and was based from the very beginning on the idea of transporting four occupants and their luggage in the smallest possible footprint, using the least amount of fuel. And – well, you can’t get much more “least” than zero.

The conversion of classic Mini sedans into EVs combines those traditional “MINI” values with a more future-proof technology than the original, 34 hp, 848 cc internal combustion engine from the Mark 1 Mini could provide.

The idea for MINI Recharged was born in 2018 and presented at the New York Auto Show, even before MINI began selling the all-electric MINI Cooper SE. The reactions were so positive that a dedicated team from MINI Plant Oxford set to work and developed the plan to make a factory-backed EV conversion offer available to customers who own (or, would like to own) a classic Mini.

“What the project team are developing preserves the character of the classic Mini and enables its fans to enjoy all-electric performance. With MINI Recharged, we are connecting the past with the future of the brand,” says Bernd Körber, Head of the MINI Brand.

The MINI Recharged project means a classic car’s life can be extended in a sustainable way, and a classic Mini gets a new lease on life. Propulsion comes courtesy of a modern electric motor that generates a continuous output of up to 90 kW, accelerating the electrified classic Mini from zero to 100 km/h in approximately nine seconds (less than half the time it took the original 1960s ICE variant). Up to 6.6 kW of charging is supported, and the reborn electric MINIs offer about around 160 kilometers (just under 100 miles) of range.

Every MINI Recharged, uh – Mini (?) – receives a familiar-looking central instrument cluster, just like the one in the classic, with the addition of readouts for drive temperature, the selected gear, remaining range, and speed.

The trouble with classic cars like the original Mini or any of the other Current Classics we’ve covered has always been keeping them on the road. Their engines wear out, their clutches need replacing, vacuum lines and sparkplugs and oil filters. Then there’s the problem of emissions – a forty year old classic is never going to be as clean as a new car, even an ICE powered one.

This MINI Recharged? Perfection. They gave it more power and torque, yes, but it’s not crazy fast. It’s just enough to evoke the legend of the original’s shock Monte Carlo victory and keep the legend alive for at least one more generation.