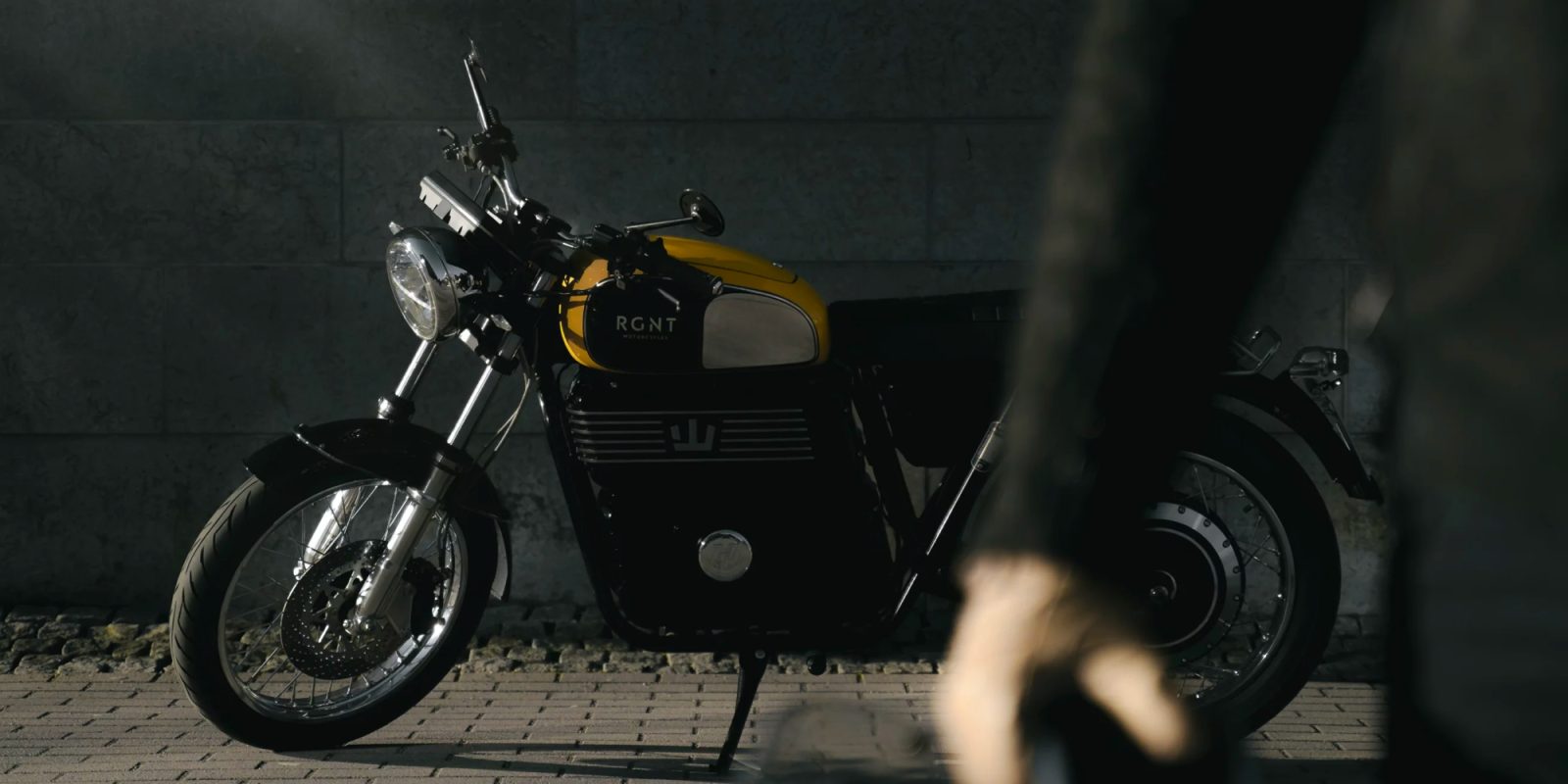 When we first started covering RGNT over two and a half years ago, the company was a fledgling startup with a neat sketch and a lot of enthusiasm.

As the design changed and evolved over the next several years, the company battled production woes from the COVID-19 pandemic that rattled just about every manufacturing company around the world.

On its path to production, the 125 km/h (77 mph) electric motorcycle received a number of component upgrades, such as an improved suspension fork with increased durability and smoother ride characteristics, as well as new Galfer brake rotors.

Both of the models share the same drivetrain, with an 11 kW rear hub motor and a 7.7 kWh battery pack. The bike claims a maximum range of 120 km (75 miles), meaning this is largely an urban motorcycle with the ability to do some short highway jaunts.

At 156 kg (343 lb) the bikes aren’t lightweights, but they aren’t as heavy as most flagship electric motorcycles either.

The models include several features found on those fancier and higher-priced e-motos though, such as a seven-inch color display and built-in GPS functionality.

Both the front and rear J. Juan brakes are operated with hand levers, which will likely be an annoyance for older riders and a welcomed feature for younger riders that have gotten into electric motorcycles without having already spent years on gas bikes with clutches.

The No. 1 Classic is priced at $12,495 and requires a $150 deposit, while the No. 1 Scrambler is priced higher at $13,495. The trail-optimized Scrambler features “rugged on/off road tires on wide aluminum rims, fork gaiters, and improved suspension to take you beyond the paved asphalt in the urban jungle.”

Bikes destined for US shores are expected to ship in December of 2022, with deliveries estimated for early 2023.

With companies like RGNT, NIU, UBCO, Sur Ron, and Black Tea all expected to bring their electric motorcycles to the US in the next year, Americans are set to see the number of locally available options increase considerably.