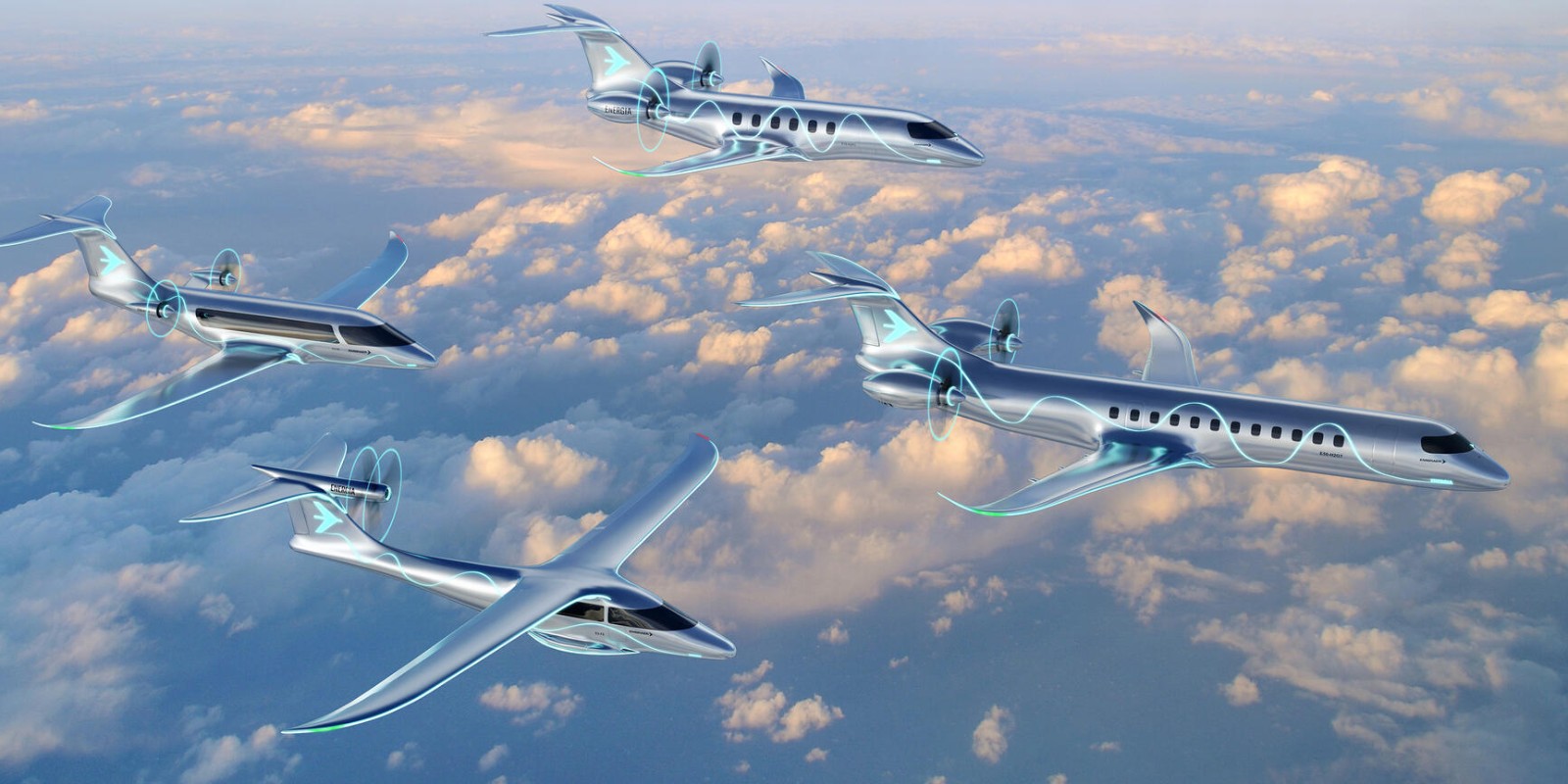 Originally refused over a “likelihood of confusion” (with the Energica electric motorcycle company, presumably), Embraer has filed to trademark the Energia name to brand its upcoming family of four nine- to fifty-seat model aircraft that are set to be powered by a mix of hydrogen-electric, hybrid-electric, and fully electric propulsion systems.

The latest Embraer applications were published in December of last year and cover both the 50-seat E50-H2GT regional airliner and 19-seat E19-H2FC commuter. These aircraft are expected to enter service before 2040 and 2035, respectively, using hydrogen fuel cells for quick refueling (if the H2 in the name wasn’t a giveaway) and serving routes between 200 and 500 nautical miles.

Embraer is also seeking trademark confirmation for a pair of nine-passenger, hybrid-electric powered aircraft. The first, the E9-HE, is expected to be certified by 2030 with an operating range of about 500 miles, while the all-electric E9-FE is expected in 2035 with a range of about 200 miles.

This hybrid thing is different.

The way this next bit is written is a bit confusing – and I’ve included it, below, in case I got it wrong – but it seems like the plan is to have a small turbine acting as a range-extender built into an otherwise electric powertrain for the 500-mile version. Details are scarce, but if that’s the case, it feels like an exciting concept. Just, you know, try not to crash it.

USPTO published an abstract outlining a propulsion system consisting of a turbine engine, an electric engine, and generator, plus batteries and associated controller units. No other details were shown in an application filed back in May 2020.

It’s important to note, also, that these patents are separate from the Embraer-backed Eve eVTOL that surfaced late in 2021 and seem to be much more conventional in their approach to commercial air travel. Is this Embraer hedging its bets or evidence that the company sees air taxis as a distinctly different market than more traditional airlines?

In case you missed it, here’s a picture of the Eve proof-of-concept prototype during an early test flight last summer.

The eVTOL / air-taxi / flying-car future I’ve always been promised seems simultaneously closer and further away than ever, with inflation, economic uncertainty, technological advances, COVID, and more making everything seem both doable and out of reach. As such, it should probably come as no surprise that aerospace firms are looking for ways to stay relevant in both the five-years-away eVTOL market and the more tried-and-true flying tube business.

For what it’s worth, I kind of hope the flying cars win out – I want to write about some flying car conversions in a 2027 installment of Current Classics!