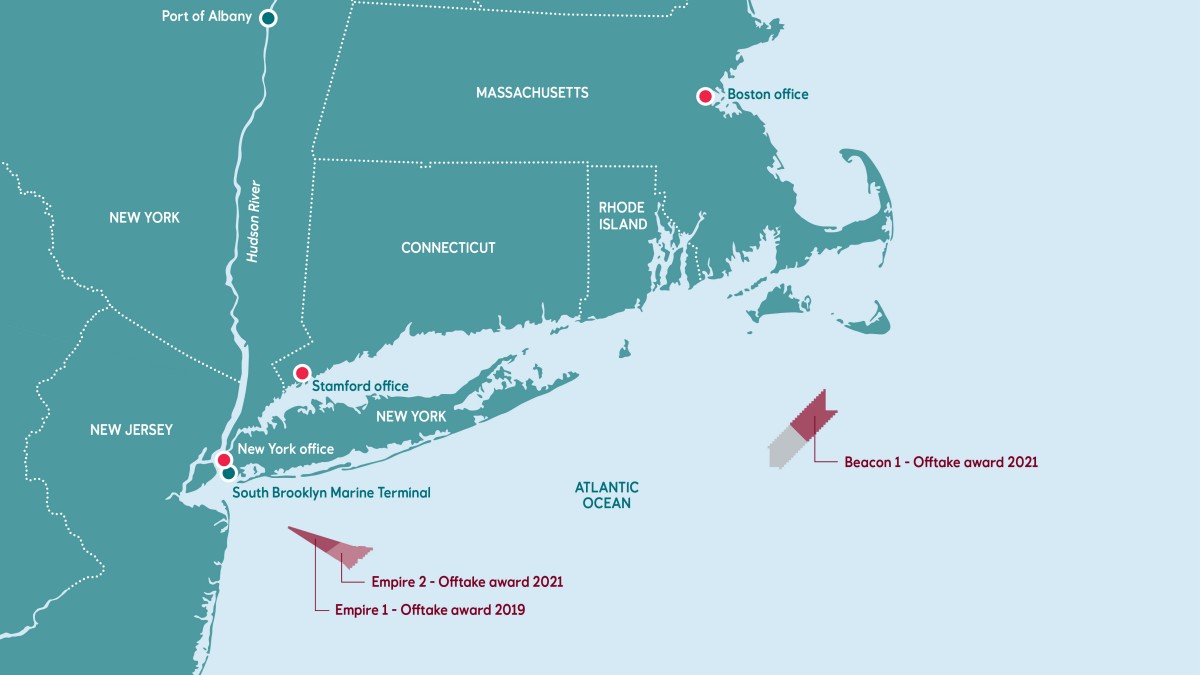 The New York State Energy Research and Development Authority (NYSERDA) announced that it has finalized contracts with BP and Equinor for the Empire Wind 2 and Beacon Wind 1 offshore wind farms.

US Secretary of Energy Jennifer Granholm, Governor Kathy Hochul (D-NY), US Representative Paul Tonko (D-NY), BP, and Equinor announced the agreement’s finalization at an event at the Port of Albany on Friday, January 14:

The finalization of the Purchase and Sale Agreements (PSAs) concludes the contracts awarded in January 2021, when Equinor and BP were chosen to provide New York State with offshore wind power in one of the largest clean energy procurements in the US so far.

The PSAs agreed to with New York State finalizes the terms under which Equinor and BP will provide generation capacity of 1,260 megawatts (MW) of renewable offshore wind power from Empire Wind 2, and another 1,230 MW of power from Beacon Wind 1, while making substantial investments in New York’s infrastructure.

The projects include port upgrades to transform South Brooklyn Marine Terminal into a major staging and assembly facility for the industry, as well as an operations and maintenance base for the projects. Equinor recently announced the opening of a New York project office located in Sunset Park, Brooklyn, opposite the South Brooklyn Marine Terminal.  The partnership will also invest in the Port of Albany, making it America’s first offshore wind tower and transition piece manufacturing facility.

Beacon Wind is located more than 60 miles east of Montauk Point and 20 miles south of Nantucket and covers 128,000 acres. The lease was acquired in 2019 and has the potential to be developed with a total capacity of more than 2 GW. This first phase will have an installed capacity of 1,230 MW.

The three wind farms will help generate more than $1 billion in economic output to New York State. That includes investments in ports and infrastructure.

All photos and images: Equinor