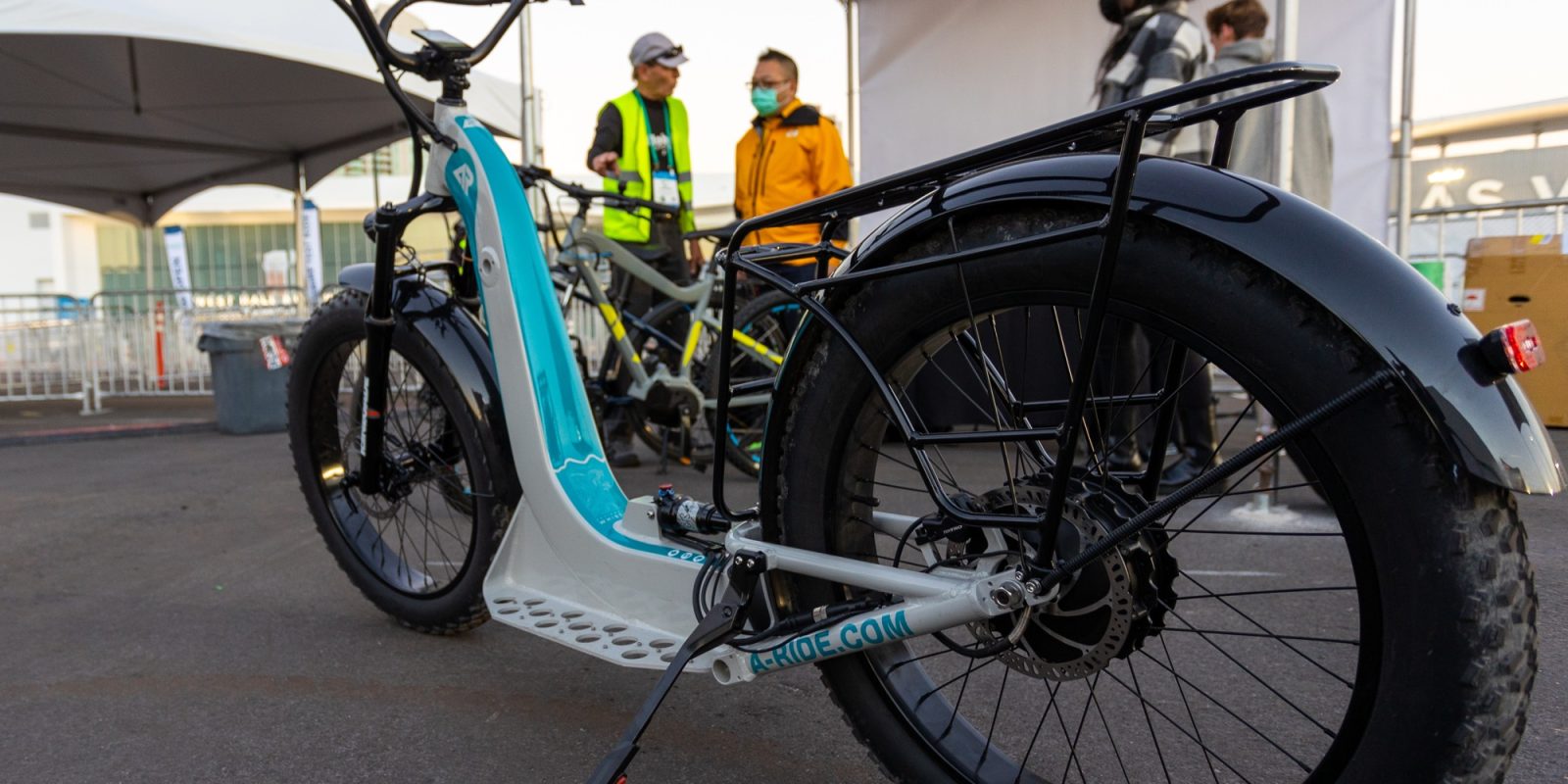 The electric mobility sector has grown by leaps and bounds over the last several years. In addition to plenty of conventional electric bikes and e-scooters, that growth has included several unique and innovative additions to the world of personal electric vehicles. The A-Ride from Canadian company Alpine Riding definitely fits into the latter category, and I think you’ll see why.

We had the chance to check out the A-Ride in person at CES 2022, where Electrek’s Seth Kurkowski and Derek Wise got an up-close and personal demonstration and snagged the photos and videos below.

It’s not the first line-blurring personal electric vehicle we’ve seen, but it’s surely one of the most capable.

From head on, you’d think you’re looking at a fat tire electric mountain bike. But then as you come around the side, you realize the frame is nothing like a bike.

In fact it’s technically a standing scooter, though it doesn’t look like any scooter I’ve ridden.

When I write about other powerful electric scooters, one of the most common comments I get is that the small wheels look dangerous for real-world use. Here though, the A-Ride’s 24″ tires seem to tackle that idea head-on.

Interestingly, the A-Ride is designed for more than just trails. Commuter-level accessories like cargo racks with pannier options, fender sets, and even a bolt-on handlebar kit for child-sized passengers turn the two-wheeler into more of a utility vehicle.

You could drop a kid off at school and then do some light grocery shopping on your way home. That’s more than I can say for nearly any other electric scooter out there!

But that was the point of the A-Ride, whose design is meant to offer the best of both worlds by drawing upon the advantages of multiple forms of two-wheeled transportation. The result is a versatile ride, even if it looks rather shocking at first.

“Its dual suspension, powerful motors and robust design make for an adrenaline-packed, fast, safe and controlled ride over anything — making it the ultimate joy ride and versatile year-round commuter!”

The A-Ride gets powered up by a 50-mile range battery (80 km) and comes with either a 500W or 1,000W geared motor, which can help it fit into various regulations for different states and countries. The 20 mph (32 km/h) speed limit is also a nod to regulators, but can reportedly be removed when the bike is put into “off-road” settings.

A thumb throttle on the handlebars will control the motor’s power and a color screen provides a real-time readout for ride data like speed, distance, battery charge, and more.

It’s not cheap at around US $4,700, but I guess that’s what innovation costs.

What do you think of the A-Ride? Let’s hear your thoughts in the comments section below.