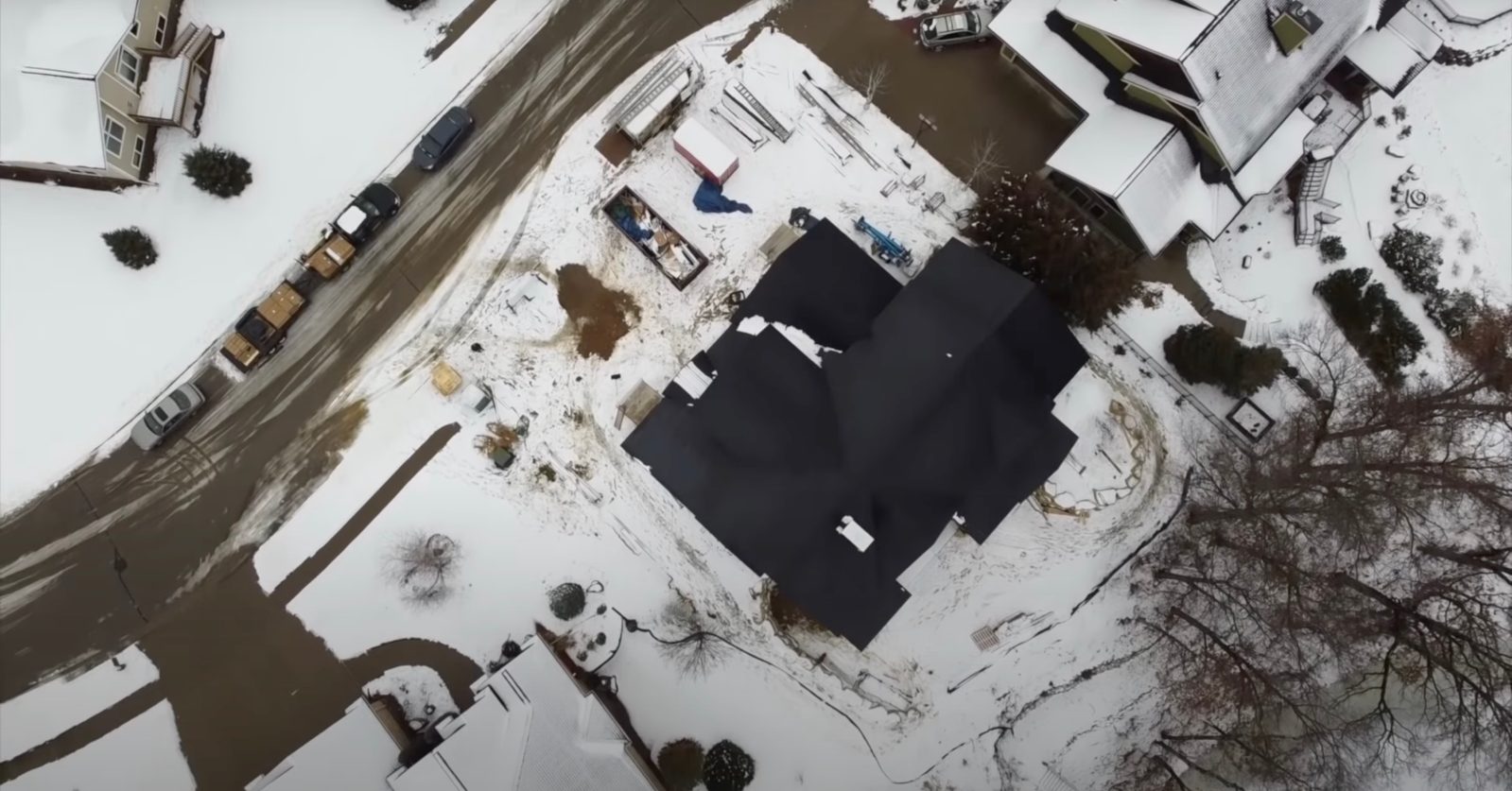 A new video shows how Tesla Solar Roof automatically makes snow slide right off it to be able to keep producing electricity.

Solar Roof is Tesla’s solution to deploy solar power on brand-new houses or houses that are in need of a new roof.

Homeowners that are soon going to need a new roof generally don’t want to install rooftop solar panels since they are going to need to be removed during roof replacement.

To remedy the situation, Tesla designed glass roof tiles with embedded solar cells resulting in a roofing product that is long-lasting and produces electricity.

After a few delays to test the product for longevity, reduce cost, and improve installation times, Tesla has started to ramp up installations of the solar roof in the last year.

Recently, Tesla almost tripled its Solar Roof deployments, and CEO Elon Musk said that it is Tesla’s next “killer product.”

Tesla Solar Roof in the snow

People have some misconceptions about solar in colder climates, like that it only has value in places that get a lot of sun.

They even produce some energy in very cloudy weather as photons from the sun will still get through, but if your solar power system is covered in snow, it will not generate energy.

But that doesn’t mean that rooftop solar installations are not useful in the winter.

Solar panels produce some heat that can help snow melt or slide off the roof faster by creating a layer of water to help gravity after an accumulation from a snowstorm.

While it’s true of solar panels, it’s also true for Tesla’s solar roof tiles, which makes it interesting since, unlike solar panels, they cover the entire roof.

Now we see an interesting early example of it.

Jason Lassen, a new Tesla Solar Roof owner in Wisconsin, shared video of his roof during and after a snowstorm:

As you can see, while the snow accumulated briefly, it slid off the Tesla solar roof while neighboring houses still had snow-covered roofs.

Interestingly, it quite uniformly slid off the roof despite the fact that some of the tiles have solar cells embedded in them and some don’t.

In the past, Tesla CEO Elon Musk even discussed the possibility of implementing a heating grid to automatically melt snow and ice off your solar roof in order to prevent the disruption of energy generation.