EV sales rising ahead of schedule in EU & UK, predicted to overtake gasoline vehicles by 2025 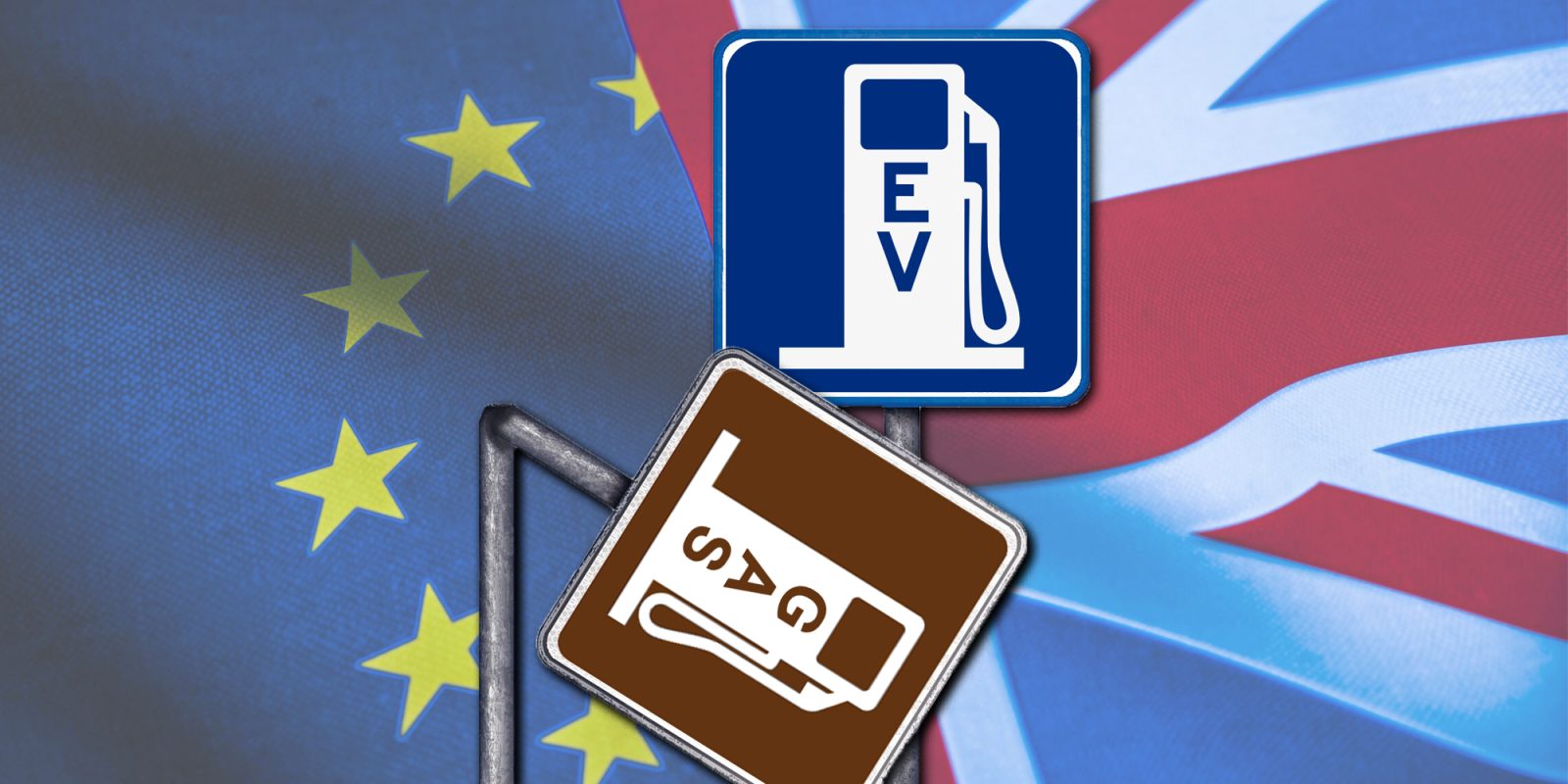 Efforts by automakers and legislators overseas appear to be paying off, as a new study found that consumers’ transition to all-electric vehicles in the EU and UK is “inevitable.” Due to commitments from automakers, tighter regulations on CO2 emissions, and a decline in overall costs of EVs, sales across Europe are expected to surpass those of ICE vehicles in the next three years.

Globally, 2021 was another tremendous year for EV adoption, although the segment still remains a tiny piece of the overall automotive pie. Annual sales numbers are starting to trickle in from automakers in China, the US, and the EU, and many are reporting YOY growth over 100%.

With nearly 30 new EV models scheduled to arrive in various markets this year alone, there is no better time to make the switch to a BEV… as long as you’re able to avoid nasty up charges from automakers and dealerships taking advantage of crazy demand.

Like many US automakers, legacy automakers throughout Europe have finally come around on EV production, many vowing to be all-electric by 2030. EU and UK cities are playing their part too, ramping up charging infrastructure and implementing zero-emission public transportation rapidly.

As a result, consumer demand is already starting to hockey stick overseas in anticipation of an all-electric future. As EV sales grow ever closer to price parity with traditional ICE vehicles, drivers in the EU and UK are more prone than ever to abandon gas and diesel for good.

The new study was reported by Business Green and was commissioned by the industry alliance, which the publication describes as a group of 45 producers, operators, transport users, and civil society organizations. The alliance assesses the rate of EV adoption, market conditions, and regulatory landscapes across European auto markets including the UK, France, the Netherlands, Italy, Spain, Germany, and Poland.

The study itself was carried out by low carbon energy consultants Element Energy, which surveyed 14,000 new car buyers throughout Europe. To begin, the study notes that upfront cost is the single most important factor to consumers as they determine their next vehicle purchase.

Global studies have already showcased how EVs are already less expensive to own than gas and diesel cars in the long run, due to lower maintenance and fuel costs. However, upfront price tags have remained a big hurdle for average consumers flirting with the idea of a BEV, especially without being fully educated on the technology and its benefits.

However, recently costs of batteries and other key EV components have dropped, and are predicted to continue doing so looking ahead. As a result, coveted price parity with ICE vehicles is expected to be reached around 2025.

Circling back to the new study, those surveyed were given the scenario where price parity is achieved in 2028. As a result, the study estimates EV sales would achieve over 50% market share, surpassing ICE vehicles as the most sought-after option as early as 2025.

Furthermore, the study predicts almost all car sales will be EVs by 2035 and also notes that price parity could very well be achieved more quickly than 2028.

How good is that cover image? I spent a lot of time on it, so please don’t knock it.

While this is only a study of 14k consumers scattered throughout Europe, it should present some glimmer of optimism for the UK and EU as EV sales continue to grow. The efforts that have been put into motion are working, but there is still a lot of work to do.

Auto manufacturers will stop producing gasoline vehicles between 2030-2035, but that doesn’t mean they will disappear from roads like a snap of Thanos’ fingers. Yes, EV sales are growing… doubling YOY even, but until that market share is over 50% everyone must keep grinding.

Even when price parity is reached (and hopefully far surpassed), our planet still needs our help to eliminate as many carbon emissions as humanly possible. Let’s hope this study becomes reality and does so even faster, and hopefully other continents follow a similar trend.