Testing the Rad Mobile experience: When the electric bike shop comes to your driveway 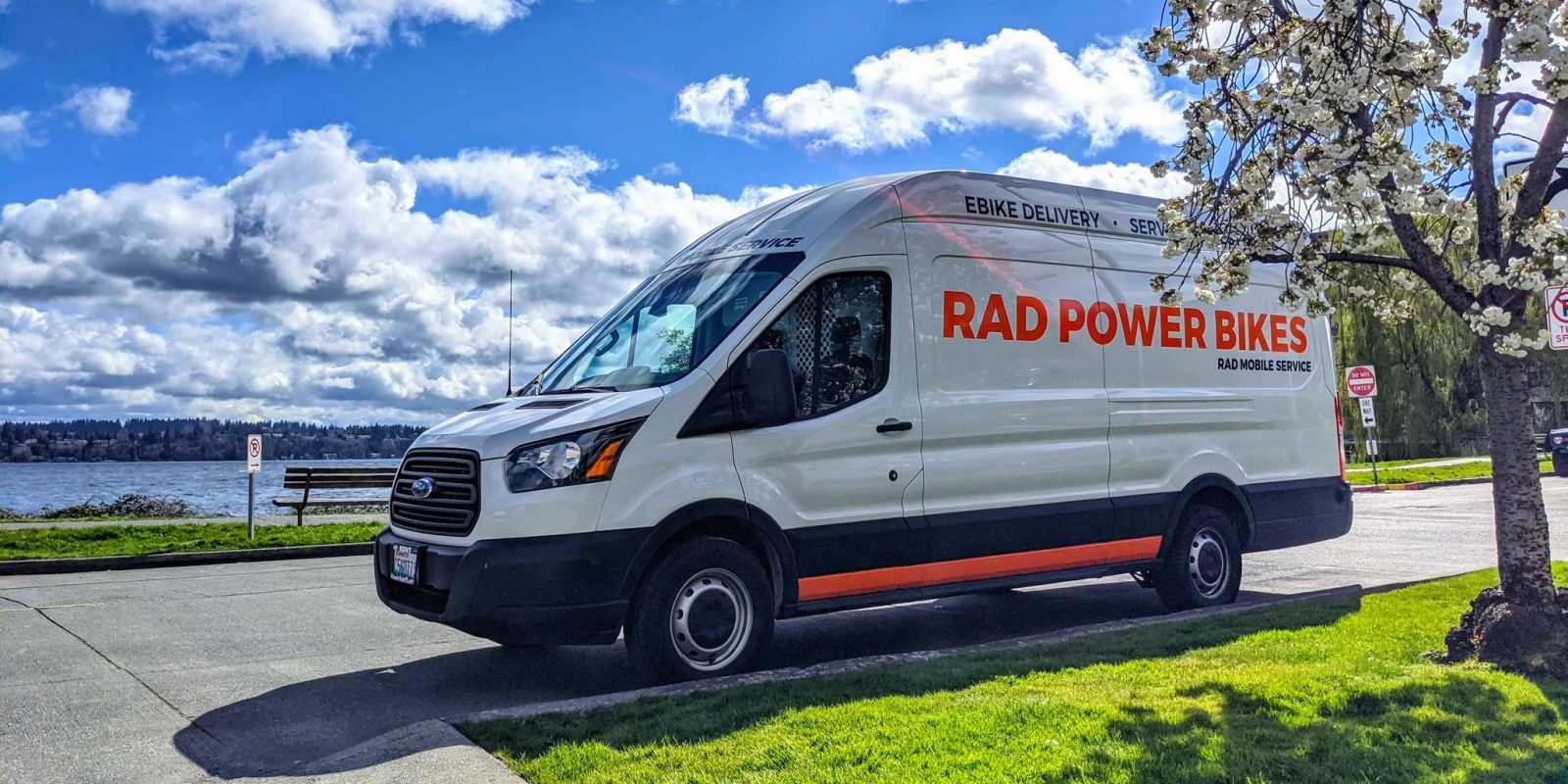 As Rad Power Bikes has grown to become the largest electric bicycle company in North America, it has invested in broadening its reach beyond just a direct-to-consumer e-bike company.

It began with a push towards more retail locations, something akin to the traditional bicycle shop model.

But that wasn’t enough for the Seattle-based company, which does the majority of its vast sales via its website.

No, Rad Power Bikes wanted to bring the physical experience of a bike shop even closer to its customers.

The company wanted to show up at its customers’ doors.

And thus Rad Mobile was born.

The service is essentially a bike shop in a van that can reach customers for one-on-one service.

That includes everything from providing test rides to personal delivery to at-home bike repair.

And fortunately for me, I was able to experience two of those services recently.

I already had a RadWagon cargo e-bike on hand that I was reviewing and was preparing to review the brand new $1,099 single-speed RadMission metro bike. And as it just so happens, when it came time for delivery of the RadMission, the RadWagon also needed some servicing (it was one of the first runs of the bike and needed some updating).

So far, Rad Mobile is only available in a handful of cities, including Seattle, Austin, Portland, Sacramento, Miami, Phoenix, Orange County and Vancouver, B.C.

With e-biking on the rise and Rad Power Bikes seeing the largest sales by far, Rad Mobile can be pretty busy in the cities they service. But I was able to schedule an appointment, and about a week later, the Rad Mobile van was pulling into my driveway.

Out popped two of Rad Power Bikes’ smiling technicians (I assume they were smiling under those masks). With them was one beautiful reddish/orange RadMission electric bike that they had already assembled for me and tuned into perfect riding shape.

I’ve assembled a pile of e-bikes from Rad Power Bikes by now, and to be honest, they aren’t that bad to put together.

With the included tools and 30-45 minutes of snipping zip ties and tightening bolts, you’re pretty much there.

But boy, oh boy, is it nice to have a professional do it for you! And for anyone who hasn’t assembled several hundred e-bikes over the years like me, the peace of mind of knowing a pro put it together is surely very nice to have.

With the RadMission already good to go, the guys wheeled the RadWagon into the back of the van and up onto the stand. I should also note that they were also super respectful of being masked the entire time and also observed social distancing.

And with the bike in the stand, the technicians went to work like a pair of skilled surgeons.

While I’ve long been a fan of direct-to-consumer e-bike companies, they’ve always had one glaring flaw. Shopping on the internet can never give you the same personal experience as walking into a bicycle shop.

Or at least it never could before. But as Rad Power Bikes expands its Rad Mobile service into more cities, riders may realize this is exactly the breakthrough the industry needs.

Customers can shop from the convenience (and viral safety) of their computer chair. Then experienced Rad Power Bikes technicians can show up for a test ride, handle the assembly or perform maintenance/repairs whenever necessary. While the professional assembly and at-home servicing options understandably come with a charge ($79-$129 depending on location), the test riding service is actually free!

And, of course, Rad Mobile isn’t the only name in the game here. I’ve used the Velofix service before (which Rad Power Bikes also works with) and had a similarly positive experience.

But no one knows a Rad Power Bike e-bike like a company man, so having a dedicated service with trained e-bike mechanics that specialize in only these bikes is a distinct advantage.

If anything, now I worry the service is too convenient. I’m going to have to find a way to explain to my wife why I keep ordering more e-bikes to show up in the driveway. “No, it’s OK, baby. You see, this new RadMini is for you!”