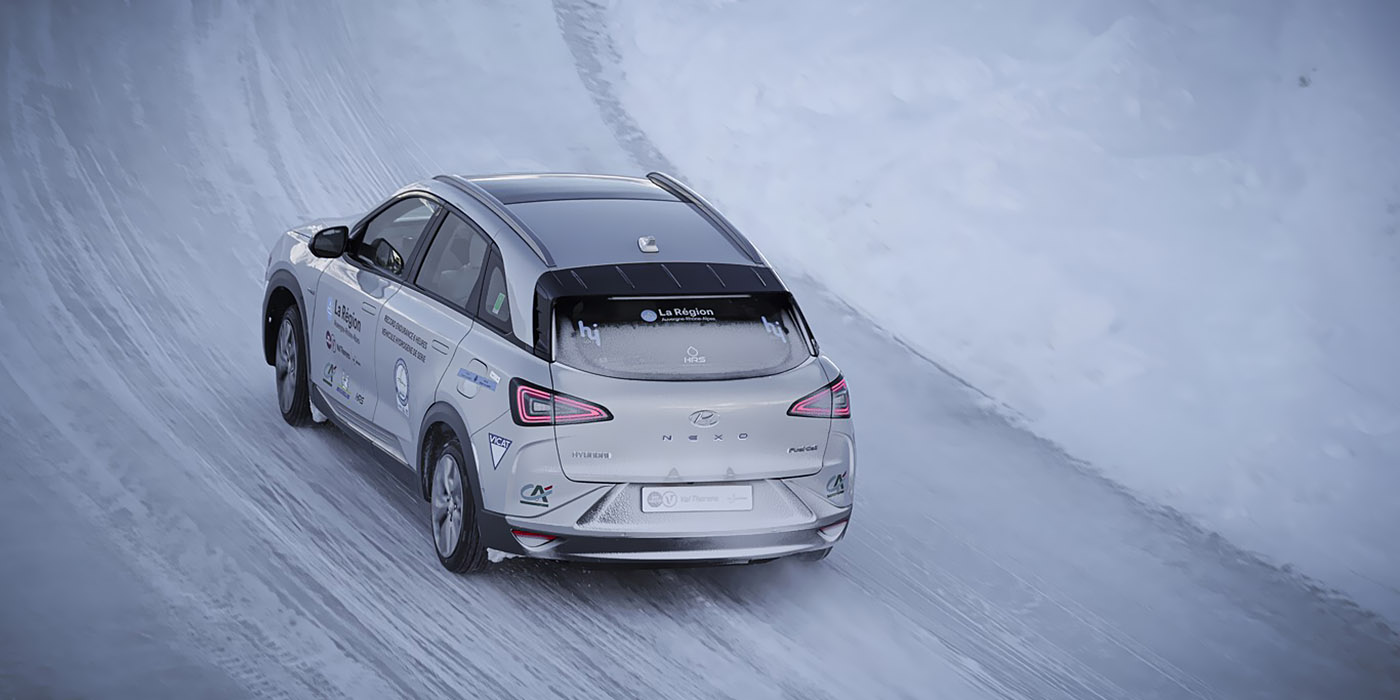 If you asked a Hyundai executive to describe their relationship status with hydrogen these days, they’d probably tell you, “it’s complicated”. Indeed, the news regarding the Korean carmaker’s various hydrogen programs seems – well, if not contradictory, at least confusing – with the company’s announcement that its hydrogen fuel-cell (HFC) powered Nexo crossover had broken some key, extreme-weather endurance records in Europe arriving almost lock-step with news that Hyundai had paused development of its HFC Genesis.

What the “H” is really going on at Hyundai, and what does the EU have to do with its future hydrogen plans? Read on.

First, you can ignore that news about Hyundai pausing the HFC program for its high-end Genesis brand. Genesis has almost no presence in Europe, having just launched the all-electric G80 sedan in that market this past summer and committing itself to a BEV-only lineup there, the HFC Genesis was only realistically a California car at this point.

What you can’t ignore is the broader picture of Europe as a whole, which is still deeply committed to implementing a hydrogen infrastructure for not just cars – but for scooters, taxis, first-responders, commercial trucks, aviation, and even rail. These are all arenas where, we believe, there is a strong case for hydrogen – especially in the air. Hyundai intends to be a major player in nearly all of those spaces, and the Nexo extreme weather endurance record is meant to underscore that intent to the EU.

Let’s talk about the record itself. On December 14th of 2021, French driver Adrien Tambay drove a stock Hyundai Nexo at for six straight hours in freezing, -6 degree C cold at an altitude of 2,220 meters (about 7200 ft.), completing 190 laps around the International Record Center for Carbon-Free Vehicles in Val Thorens (Savoie, France) on a single “tank” of hydrogen. Tambay covered 666 km (approx. 413 miles) in those six hours, giving him an average speed of more than 68 mph. At the end of those six hours, the vehicle estimated it had about 50 km (31 miles) of range left. The group also claims that 267.8 cubic meters of air was “purified” in the process.

Putting the question of “green” hydrogen and the somewhat dubious claims of purifying air aside, it’s hard to argue with the results of the record run. The Nexo performed very well, and it was able to be refueled in a matter of minutes. As a demonstration of “go far, no tailtipe emissions, fuel up fast”, it’s hard to dispute the results – and that’s precisely what the government of France wanted to see.

France is betting big on hydrogen

The Mob-ion GT scooter shown above is a hydrogen-powered runabout that uses refillable canisters, not unlike aluminum water bottles, to quickly refuel. You simply put the spent fuel canister into a machine, and get a refill – kind of like a soda fountain. The idea here is to enable a majority of France’s urban population, who don’t have access to at-home charging, to have access to a zero-emission option.

In the US, where scooters and motorcycles are a “lifestyle” rather than a mainstream commuting choice, this might seem unimportant. In markets like Europe and Asia, where scooters are much more mainstream, two-stroke oil smoke is a common pollutant. As such, these projects might seem to have more potential – so much so that the French government has plans to invest more more than € 7 billion into an accessible hydrogen infrastructure like this one by 2030, € 2 billion of which will be invested by the end of 2022.

Rail, too, is a big polluter. “Our rail network today is 45% non-electrified,” says Jean-Baptiste Djebarri, the French Minister in charge of Transport. “We have two solutions: either we electrify, with the cost that this implies, or we go towards […] hydrogen, which obviously has a future in France, and a European and world market to conquer.” (Emphasis is mine.)

This record isn’t about the Nexo, in other words. This record is about showing the EU that, sure –maybe Hyundai is going “all-in” on BEVs when it comes to passenger cars, but it’s still going to be a big part of hydrogen’s commercial future in Europe.

We’re not yet convinced there is a good use case for hydrogen in the car form factor. The battery model is great, and as charging speeds continue to increase and prices and weight of batteries continues to go down, hydrogen’s advantages disappear.

Hydrogen absolutely makes sense for applications like air travel however because of those same weight and density concerns. Also long haul rail, boating, and trucking could also make sense for hydrogen. The question becomes: does the Hydrogen infrastructure, and indeed how green that is, make up for the ubiquity of batteries and the electric charging infrastructure?