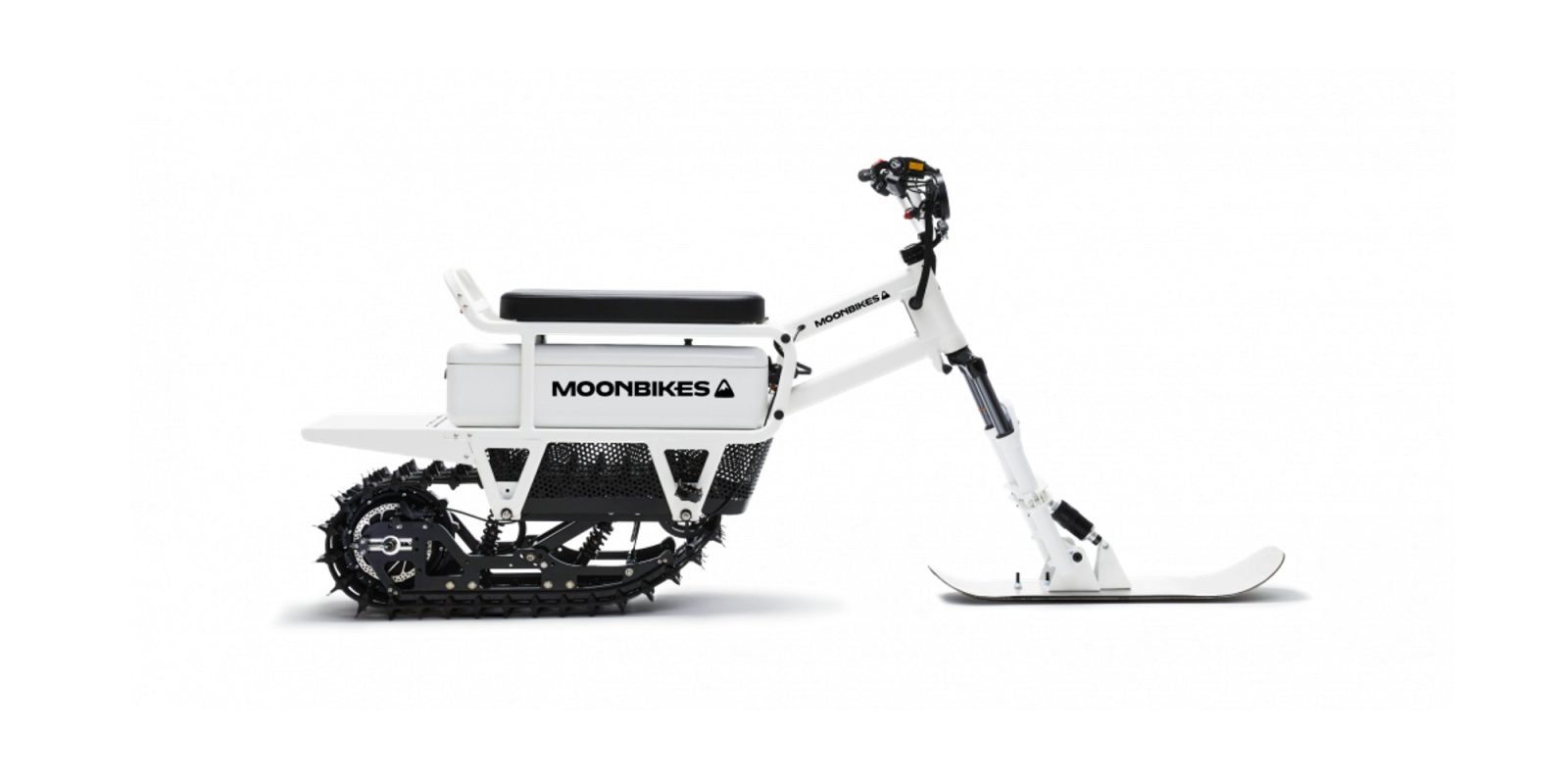 The French company Moonbike is preparing to bring its fun-looking snow transporter to the US, just in time for winter riding.

The Moonbike may have “bike” in its name, though it’s hard to call it a true snow bike.

But don’t let that rear track fool you. It’s not really a traditional snowmobile either, in that it rides on a single forward ski instead of two.

No matter what you call it, it sure does look like fun.

That’s not going to compete well with a true electric snowmobile, but it’s definitely easier to toss the 82 kg (182 lb) ride in the back of a truck or SUV. Thus the Moonbike seems better suited for local snow shenanigans than true snowmobiling duty.

There’s also an option for a 5 kWh battery that doubles the range and adds another 12 kg (25 lb) of weight to the Moonbike.

A full charge takes around five hours on a standard wall plug, or around half that time with the faster charger option.

Pricing starts at $8,500 in the US, with deliveries listed as “in advance of and during the 2021-22 winter season.” I guess that means they’ll be rolling out soon, if I’m reading that correctly.

The company says it is producing 400 Moonbikes for “both European and American markets,” so it sounds like they are currently in the process.

We’ve seen other electric snow bikes before, but usually not quite this capable.

Canadian company Envo has a neat snow-kart offering of its own, as well as a kit that allows riders to convert their own bicycle into an electric snow bike.

And we’re also beginning to see the introduction of full-size electric snowmobiles with enough power to rival many electric cars.

But the Moonbike definitely fills that gap as a bike-shaped tool for snow sports that’s likely to give riders one heck of an experience.