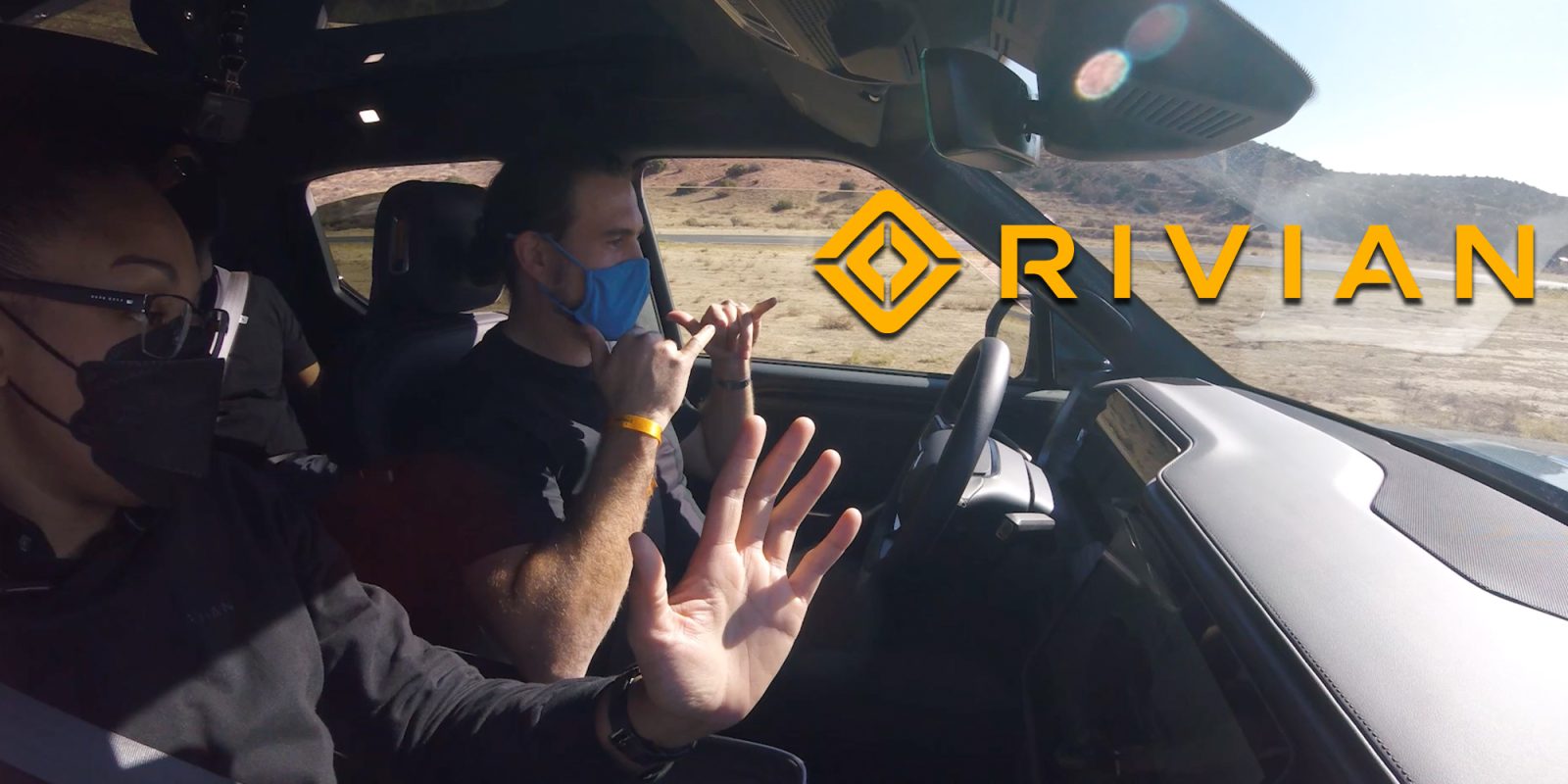 As Rivian’s flagship EV continues to be delivered to its first customers around the US, Electrek got another opportunity to experience the R1T close up and tinker with all of its unique features. Additionally, I got a chance to test drive the Rivian R1T for the first time on both an airport tarmac and some rocky SoCal terrain.

Rivian and its R1T pickup has been EV news we have covered significantly the past few years as the US automaker grew closer and closer to first deliveries. That feat was accomplished this past fall, solidifying Rivian as the first automaker to bring a full-electric truck to market.

Since then, more reservation holders have begun to receive delivery dates beginning in 2022. Simultaneously, Rivian has been setting up retail/social spaces called Hubs beginning in Venice, California.

Hubs, alongside Rivian “First Mile” test drive events like the one I recently attended in Southern California, are a main focus of the automaker as it looks to share the R1T experience with consumers.

Earlier this year, Electrek‘s own Seth Weintraub got to be one of the first to test drive the Rivian R1T in Breckinridge, Colorado, alongside CEO RJ Scaringe, and had nothing but great things to say about it, so I was excited to try it out for myself firsthand. Here’s how it went.

My initial thoughts upon seeing the R1T close up was how much more stylish and put together everything looked compared to photos. As many of you will soon see for yourself, Rivian thought about almost everything when designing this EV.

Something common I’ve heard in conversations with others regarding the R1T is the headlights and how they don’t like them much. They look a lot cooler up close, and you can tell by the Rivian compass set within each of them that the attention to detail is abundant throughout the pickup.

Before my test drive, I had a blast asking the Rivian team questions and simply exploring the R1T to find all the buttons, functions, and gadgets it’s loaded with. Between the gear box, gear guard cable, hidden bluetooth speaker and flashlight, this EV was made for getting out and seeing the world as advertised.

I can easily see people soon having a blast with the R1T for long weekend getaways camping or simply traveling around exploring. The storage is intuitive and modular and designed for giving you everything you need, from a day at the beach to a week in the mountains.

My test drive itself was designed to give me a taste of both the Rivian’s speed and ADAS on pavement, and its ability to tackle tricky terrain in the mountains. I was joined by Nicole Johnson, who is the senior manager, design HMI architecture for Rivian’s UI/UX group. She was super knowledgeable about the performance functions of the R1T through all terrains, and has some great taste in music too.

Behind me, you’ll also spot Automotive Communications Manager Shaheen Karimian, who provided some insight for consumers looking to reserve an R1T of their own. Overall, I was quite impressed with everything the R1T had to offer both inside and out, and look forward to hearing thoughts from other drivers going forward as they test drive this Rivian EV for themselves. Check out the footage below: