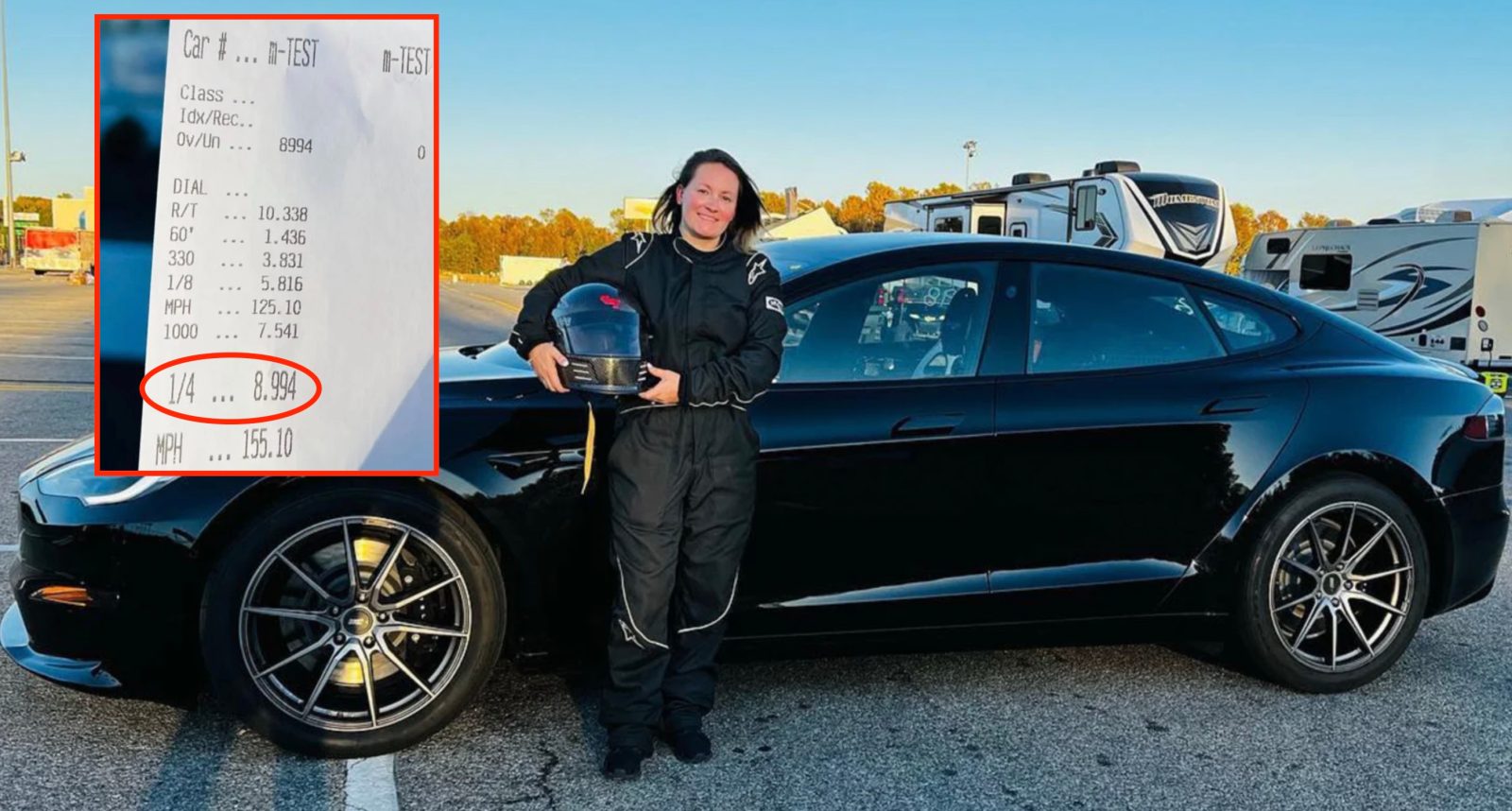 A Tesla Model S Plaid has become the first Tesla vehicle to hit an eight-second quarter-mile.

By some definition, it’s also the first “production car” to achieve a quarter-mile time under nine full seconds.

It depends on your definition of a “production car,” which varies in the drag racing community.

Some believe that it’s a stock car coming out of the factory without any modification and others think you can be considered a “production car” as long as you don’t have any powertrain modifications.

For the latter, different tires, wheels, and some weight reduction would be considered okay.

Either way, achieving an eight-second quarter-mile with any car is truly an impressive feat.

After its launch in June, the Tesla Model S Plaid was branded the fastest production car – although some say it has technically been dethroned by the Rimac Nevara.

While it’s technically correct, the Nevara is a $2 million hyper-car with limited production, and the Model S Plaid is a $130,000 vehicle with already thousands of units on the road.

As we previously reported, the Model S Plaid quickly beat the record for fastest quarter-mile by a production car with a 9.2-second run right out of the gate.

Now couple George and Christine Dodworth have managed to bring a Model S Plaid into the eight- seconds record.

The run was achieved earlier this month at the Maryland International Raceway during the Hot Rod Magazine Dragweek:

The vehicle had no powertrain or body modification, and it wasn’t even completely stripped, but they did remove the passenger seat for weight reduction.

They also used some more performance-oriented wheels and tires.

With those modifications, they were able to achieve a 8.994-second time coming in at 155.1 mph.

That’s the new best time reported for a Tesla Model S Plaid or any Tesla vehicle for that matter.

Whether or not you consider it a production car doesn’t really matter as there aren’t really any other cars that can achieve that by just removing the front seat and slapping new tires on it without significant powertrain modifications.