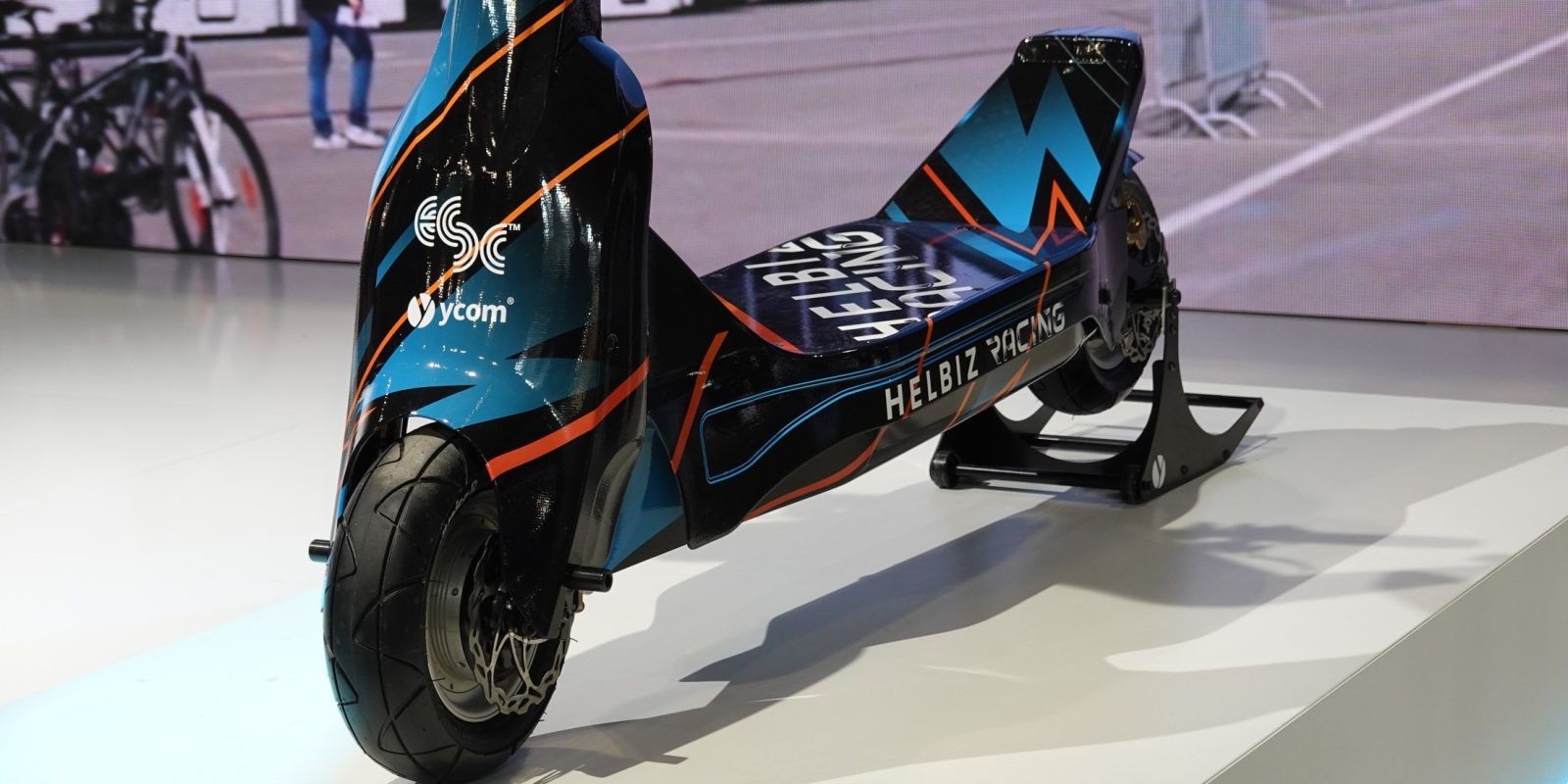 Perhaps it is simply part of man’s basic DNA, to take any form of mobility and supercharge it for extreme thrills. That’s one explanation for how we got here today, checking out Helbiz’s ridiculously fast 62 mph (100 km/h) standing electric scooters.

But these aren’t just any electric scooters – they’ve been purposely designed to race in the new eSkootr Championship.

I had the chance to explore the Helbiz S1-X electric scooter at the EICMA 2021 Milan Motorcycle Show this week, and the final result is striking, to say the least.

The scooter hides away its giant battery and dual motors behind a sleek set of body panels that stretch across the entire surface of the vehicle.

Aerodynamics are normally not an issue on most electric scooters. But when you’re flying at 62 mph and a racing championship is on the line, that extra drag really matters.

The tires are also nearly racing slicks with very minimal tread, something we rarely see on electric scooters. But again, the purpose-built racing nature of these unique scooters makes the racing tires a requirement. They may not offer the rain performance of consumer e-scooters, but these bad boys won’t be coming out of the paddock unless its a sunny day.

Those tires wrap around a pair of 6,000W motors. That’s 8 hp in each wheel, powering a device that probably doesn’t even weigh half of many of its riders. Tipping the scales at 77 lb (35 kg), the scooter falls well under the weight of other high power electric scooters we’ve tested.

The carbon fiber design helped shave off as much weight as possible, assisting the scooters to accelerate and stand back up quickly after leaving the turns.

The scooter gets its energy from a 1.33 kWh battery. That pack is actually quite small for a 12 kW scooter, but is only designed to last for the 8-10 minute races.

The race course being constructed for these scooters is expected to be between 400-1,000 meters long (1,300 to 3,200 feet), meaning the racers won’t be going very far on this tight and twisty course.

As we previously learned, each race will operate in a heat of six racers, with the finalists advancing to the championship run of 10 racers. The smaller heats will presumably reduce the carnage and eventual body count of a potential battle royale out on the track.

Racing is expected to begin next year, and is sure to be exciting. We’ll keep you updated with more news as the first races draw closer (and hopefully get some real dates announced soon).

Until then, let’s hear what you think about these highway-speed electric scooters heading for the race track. Share your thoughts in the comment section below!