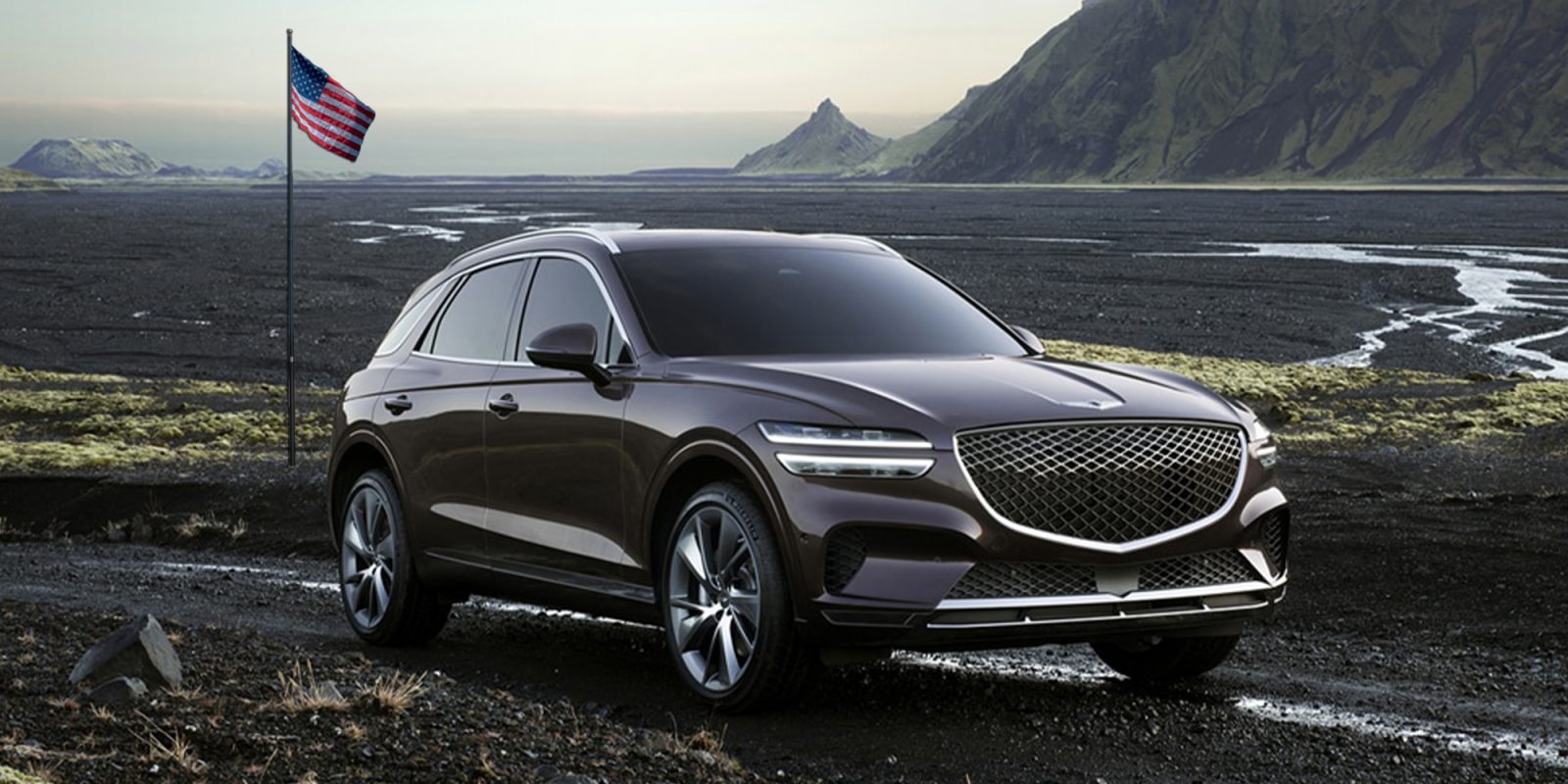 Hyundai Motor Group recently shared plans to begin manufacturing its Genesis GV70 EV in the US beginning in 2022. The electrified GV70 will be produced at Hyundai’s Alabama plant, and will mark the first EV manufactured in the US by the Korean automotive umbrella. With this decision, Hyundai looks to make a larger impact on the growing EV market in the US, and take advantage proposed subsidies for electric vehicles produced on US soil.

South Korea’s Hyundai Motor Group is the global mobility umbrella above multiple marques that include Hyundai and Kia, as well as the new Ioniq brand of EVs.

This past May, Hyundai announced it plans to invest $7.4 billion in future EV development and manufacturing in the US by 2025. José Muñoz, Hyundai Motor Company’s global chief operating officer and president and CEO of Hyundai Motor North America, spoke:

I am excited to make this announcement on behalf of the Hyundai Motor Group. This investment demonstrates our deep commitment to the US market, our dealers and customers. Hyundai will lead the future of mobility in the United States and around the world. Our efforts are proof positive that Hyundai will continue to pursue excellence in our current and future product lineup.

Alongside the investment, Hyundai stated it planned to closely monitor US market conditions and government policy surrounding EV implementation before finalizing its strategy to expand EV manufacturing stateside.

We reported at the time that a lot would depend on the potential subsidies being considered for US-made EVs under the Biden administration. While the the bills make their way through Congress, Hyundai Motor Group is already making moves to begin US manufacturing in 2022.

Hyundai to begin US manufacturing with GV70 EV next year

According to a report from Business Korea, Hyundai Motor shared its decision to begin US manufacturing with its labor union during a job security committee meeting at its Asan plant in South Korea.

The company is planning to begin manufacturing early next year at its US facility in Montgomery, Alabama. This plant currently manufacturers several different ICE Hyundai models, as well as various combustion engines, but will now shift toward EV manufacturing beginning with the GV70 EV.

The ICE version of the GV70 launched in the US this past June, and has seen early success in the market. Analysts believe this is why Hyundai Motor chose the electrified crossover as its first EV model manufactured in US.

According to the report, the GV70 EV will be followed by other zero-emission models from Hyundai Motor Group, one after another. This could eventually include the upcoming Ioniq 5, and Kia’s EV6, although that has not been confirmed.

While Hyundai Motor previously shared intentions to follow the US market and its EV legislation before making any manufacturing decisions, it appears to have dove right in to get a jump on pending subsidies currently inching their way toward approval in Congress.

The Biden administration has previously called for $174 billion in government spending to boost EV adoption, and wants 50% of new cars to become electric by 2030.

With its recent announcement, Hyundai looks to get ahead of legislation with a daring optimism that subsidies in the Build Back Better Act will pass. Let’s hope it does for everyone’s sake.