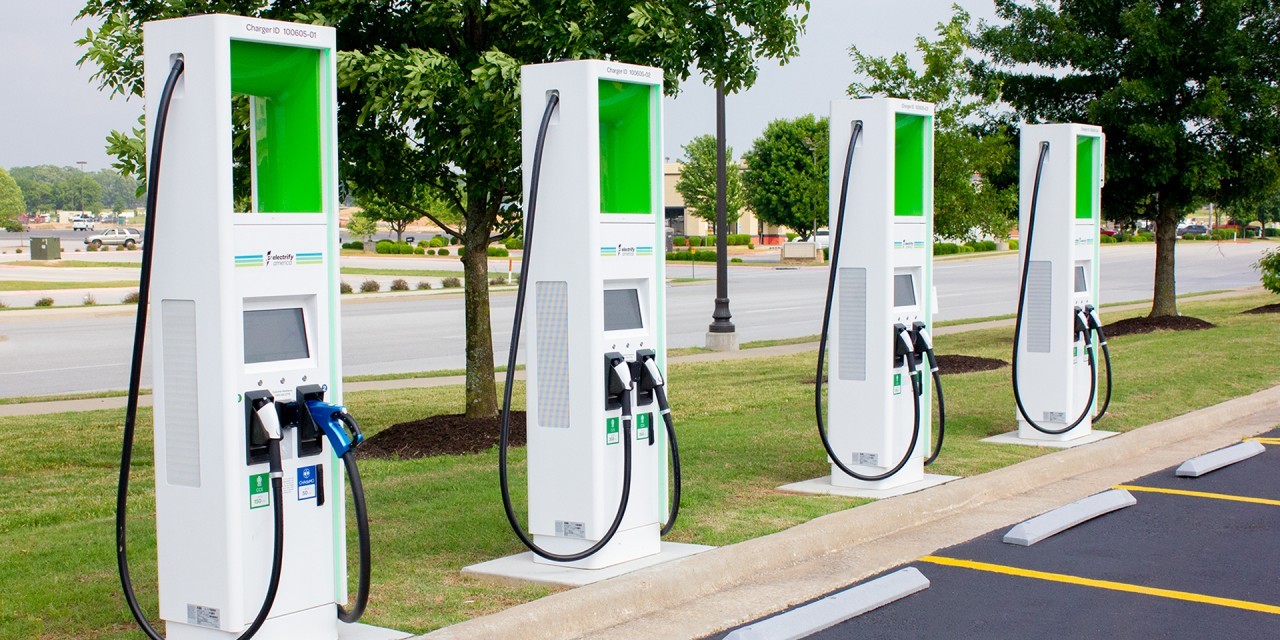 After months of horse trading, a bipartisan group of US senators unveiled the legislative text of a 2,700-page, $1 trillion infrastructure bill last night. Here’s what’s in it for all things electric vehicle and clean energy – and what got the chop.

What’s included in the infrastructure bill

Electric grid: $73 billion to build a more robust electric grid. That means money for “thousands of miles of new, resilient transmission lines to facilitate the expansion of renewable energy, including through a new Grid Authority,” according to a June 24 White House Fact Sheet.

The deal invests $66 billion in rail to eliminate the Amtrak maintenance backlog, modernize the Northeast Corridor, and bring world-class rail service to areas outside the northeast and mid-Atlantic. Within these totals, $22 billion would be provided as grants to Amtrak, $24 billion as federal-state partnership grants for Northeast Corridor modernization, $12 billion for partnership grants for intercity rail service, including high-speed rail, $5 billion for rail improvement and safety grants, and $3 billion for grade crossing safety improvements.

The specifics on exactly what is going to be decarbonized in the rail sector are unclear at present.

Roads and bridges: $110 billion. “This investment will repair and rebuild our roads and bridges with a focus on climate change mitigation, resilience, equity, and safety for all users, including cyclists and pedestrians,” according to the July 28 White House Fact Sheet.

Environmental remediation: $21 billion to clean up Superfund – polluted locations in the US requiring a long-term response to clean up hazardous material contaminations – and brownfield sites, reclaim abandoned mine land, and cap orphaned gas wells.

What’s not included on the EV front

Electric vehicle tax credits: Biden has called for $100 billion in government subsidies for electric vehicles, and that issue is expected to be addressed in a larger separate funding bill (see below).

“In May, a Senate panel advanced legislation to boost electric vehicle tax credits to as much as $12,500 for EVs that are assembled by union workers in the United States,” reports Reuters.

Electric vehicle charging stations, part 2: Funding to back a further $7.5 billion in low-cost government loans for charging stations through an infrastructure bank was dropped during negotiations.

It is… discouraging to see that the proposal includes funding to perpetuate the use of combustion fuels for new school buses.

The funding included in the bill… would only be able to transition a small fraction of the country’s diesel school bus fleet to zero-emission electric buses. In order to create healthier and safer environments for all our students, Congress needs to significantly increase this investment. A $20 billion investment will transition one-fifth of the country’s school bus fleet to zero-emission buses, providing critical health and climate benefits.

Read more: Switching only 20% of US school buses to electric is a missed opportunity

The Senate begins its amendment process. Senate Majority Leader Chuck Schumer (D-NY) said that he believes “the Senate can quickly process relevant amendments and pass this bill in a matter of days” due to its bipartisan nature. Time will tell.

What about the issues of climate change and the environment?

Work will begin later this year on a huge $3.5 trillion bill that will address environmental, health, and social issues, and that’s where those issues will be addressed. (And we really, really need those electric car tax credits to be in there. And please add Tesla back in. Thank you.)