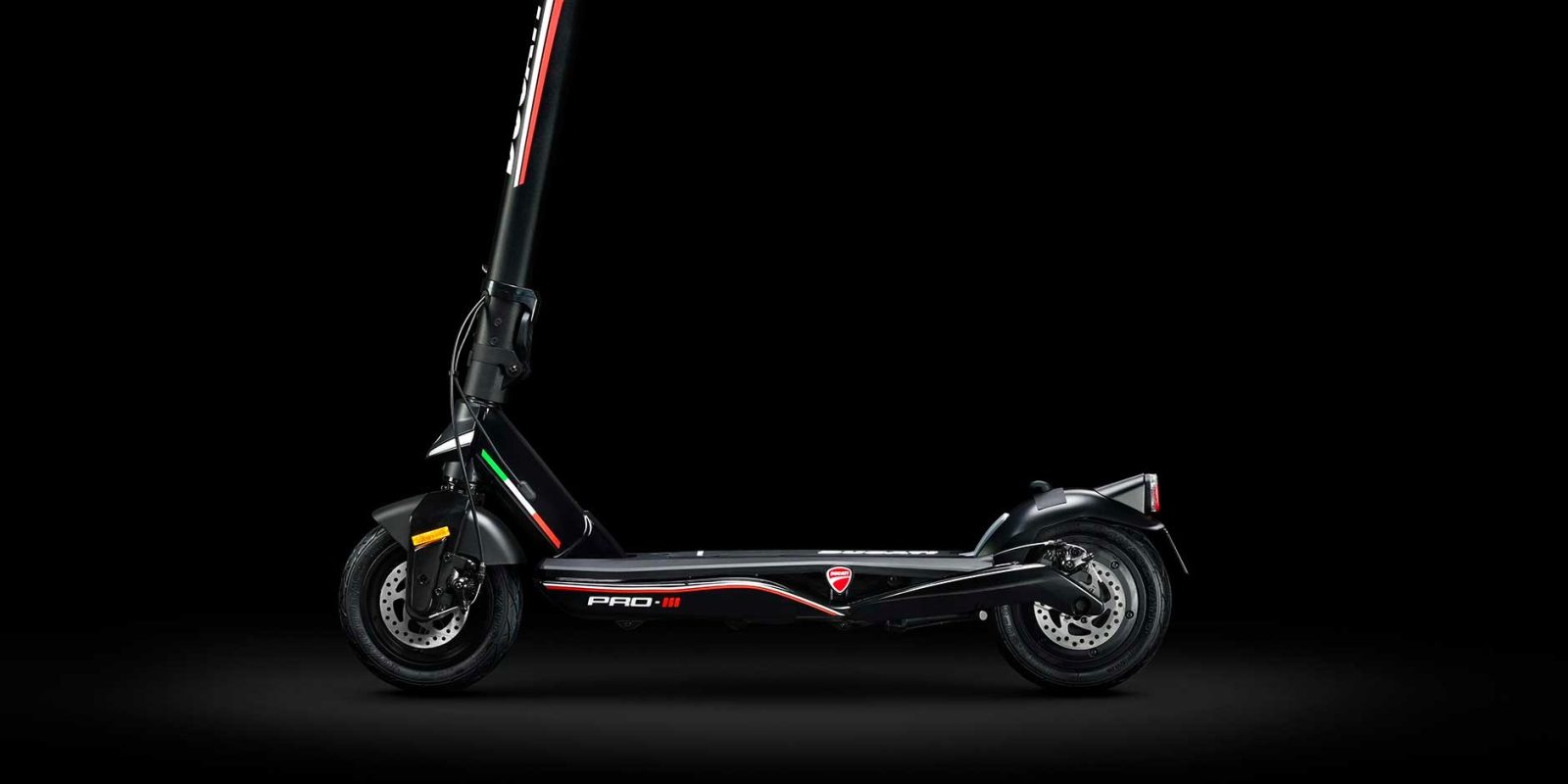 Ducati has unveiled yet another electric scooter, the PRO-III, but its specs are nowhere near the electric motorcycles that the company claims it can build.

The Ducati PRO-III electric standing scooter is the company’s latest entry in a long line of micromobility products.

But like Ducati’s electric bicycles and other scooters, it is largely built by other companies that license Ducati’s brand name.

Ducati says that its new €799 PRO-III electric scooter is its most advanced yet, as the company explained:

PRO-III is the most technically advanced scooter in the Ducati Urban e-mobility line, thanks to the connection to the Ducati Urban e-Mobility User App and the use of the innovative NFC technology. The e-scooter is equipped with a token that allows you to start the scooter simply by bringing it close to the display, allowing the use of the vehicle only to the owner in possession of the chip.

That NFC chip and the handlebar-mounted USB charging port for phones and other devices appear to be the only two major advances compared to electric scooters available 3-4 years ago. The rest of the specs are largely equivalent to several-year-old tech.

The new scooter unveiling comes in stark contrast to another recent announcement from Ducati: It will be the sole supplier of electric racing motorcycles for the MotoE racing series starting in 2023.

The news drew raised eyebrows due to the fact that Ducati doesn’t actually make any electric motorcycles, nor has the company seemed particularly enthusiastic about the prospect.

The announcement came just days after fellow Italian motorcycle manufacturer Energica announced that 2022 would be the last year that its 150+ mph (241+ km/h) electric motorcycles would be used in the racing series.

Ducati now has less than two years to design, develop, and produce an electric motorcycle. That development cycle will surely be helped by the fact that Ducati engineers are now studying Energica’s bikes, as confirmed by Energica CEO Livia Cevolini:

Ducati has had quite the on-again, off-again relationship with the idea of electric motorcycle production over the past few years.

In 2019, Ducati CEO Claudio Domenicali made waves when he declared that “the future is electric,” and indicated that Ducati was working on a production electric motorcycle that would be premiering relatively soon.

However, the company then backtracked on those statements and threw cold water on the whole idea of Ducati producing electric motorcycles.

At the time, Ducati’s VP of global sales and member of the board Francesca Milicia explained that electric motorcycles weren’t in the company’s plans:

Will we produce an electric Ducati soon? No. We think that for the kind of machine we produce now, an electric motorcycle cannot guarantee the pleasure, the range, the weight, etc., that Ducati riders expect.

Now Ducati seems to be back in the positive column when it comes to electric motorcycles. But if history is any lesson, another about-face from the company wouldn’t come as a surprise.