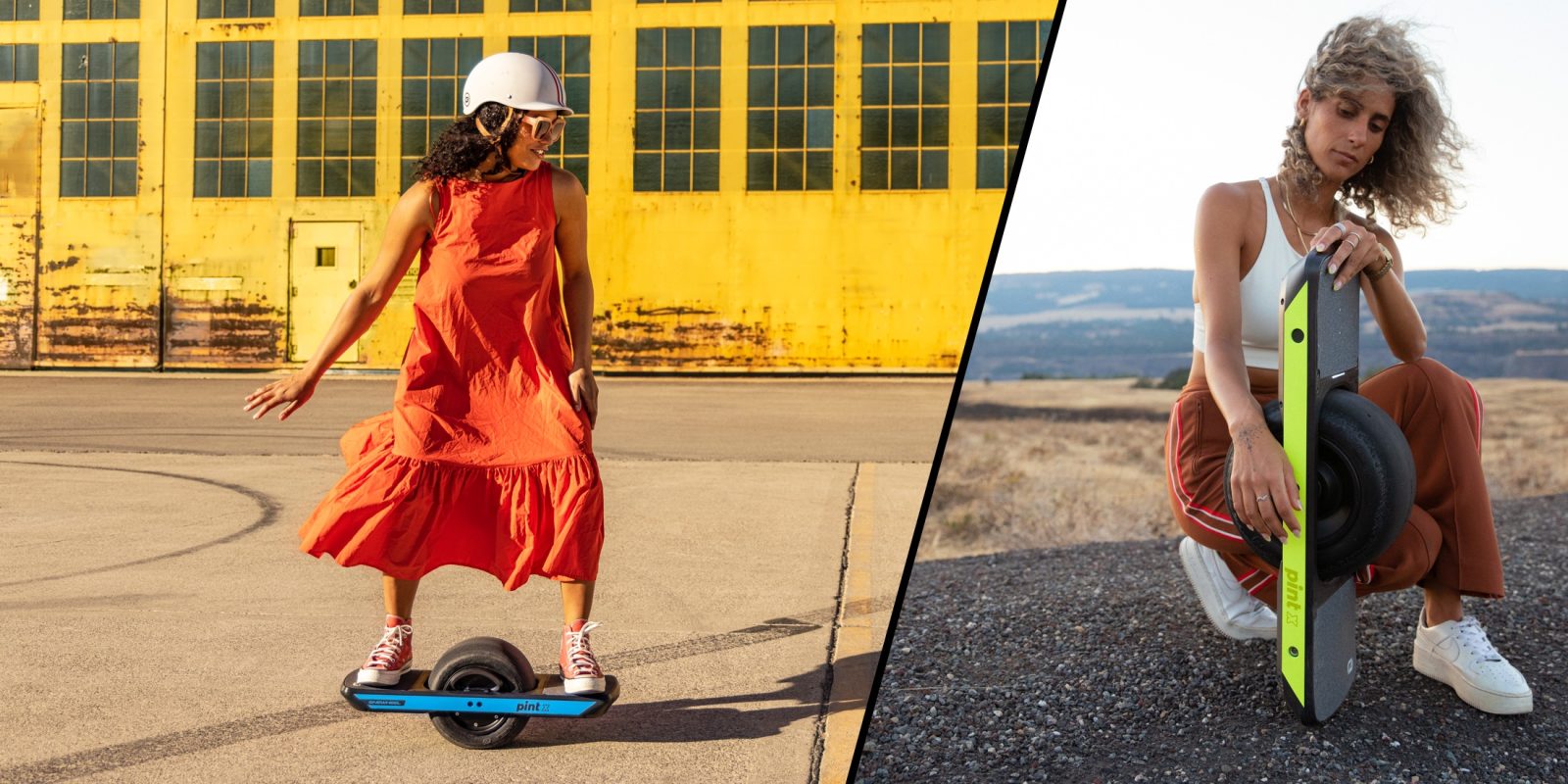 Future Motion, the company behind the Onewheel electric mobility products, has just launched an update to its entry-level and flagship self-balancing electric skateboards. The new Onewheel GT and Onewheel Pint X both receive performance boosts that make the physics-defying rides sportier than ever.

To head off the keyboard warriors, let me start by conceding that despite their impressive-looking performance, Onewheels don’t in fact defy physics.

Technically they work the same way a Segway did, speeding up or slowing down the centrally mounted wheel to keep the rider balanced. But when you see someone flying down the road on a Onewheel, the micromobility ballet will still likely make you think your eyes are playing tricks on you.

And now with better performance than ever, the new versions should push that display to the max.

Future Motion’s new flagship model is the Onewheel GT, which gets a massive 50% boost in torque compared to the previous model. That upgrade is due in part to the increased voltage of the new board, helping it achieve better performance across its entire speed range.

The higher voltage also allows for more power, making the GT the first board from Onewheel with a claimed 3 horsepower (2,250 watts).

Additionally, the Onewheel GT gets more battery capacity thanks to larger 21700 batteries. Future Motion claims a maximum range of up to 32 miles (51 km) per charge.

Performance and comfort upgrades on the Onewheel GT include new concave footboards as well as an optional treaded tire designed for better handling in off-road riding. A built-in Maghandle Pro should make the board easier to carry, while new lights offer 300% brighter lighting – a necessity for night rides.

“Onewheel is the fastest growing boardsport and the new GT is going to usher in a new era of possibilities. It’s amazing to see how far our riders have progressed this budding sport, and with more power, more torque and 30+ miles of range, I cannot wait to see where they take it next. The amazing thing is that it’s an unbelievable experience that anyone can tap into anywhere, no snow or surf required.”

The Pint X is the smaller version of the Onewheel, replacing the previous Pint model unveiled two and a half years ago.

Overall, the Pint X is still the smaller and easier to carry of the two, making it a better choice for those that prioritize convenience over raw power and speed.

Mudd expanded on the benefits of the Pint X, saying:

“Pint X is what you want to take on the city. It combines the speed and range of our former flagship product, the Onewheel+ XR, with the compact size of the Onewheel Pint to create this perfect blend of capability and portability. Plus, it’s insanely fun to ride. Pint X is going to be on quite a few people’s wish lists this holiday season.”

The Pint X is also the more affordable of the two, with a price of $1,400, compared to the $2,200 Onewheel GT. That could sway a number of riders trying to choose between the two.

Either way you slice it, both are interesting and unique electric mobility solutions that stand out from the sea of electric scooters and e-bikes.

Future Motion has also invested in building a manufacturing facility in San Jose, California to produce its electric mobility vehicles.