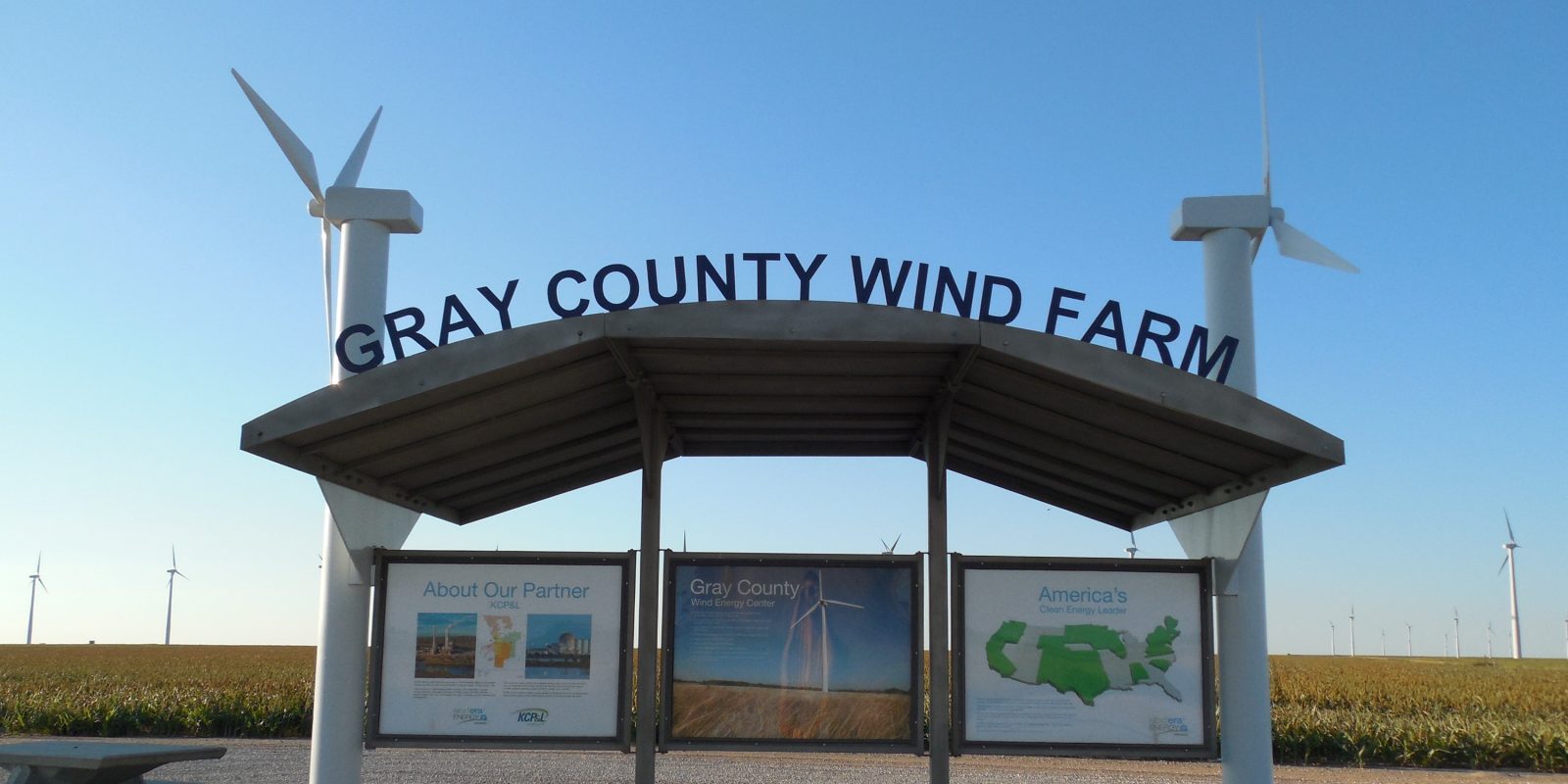 The 112 megawatt wind farm features 170 turbines and can power 33,000 homes. The turbines are scattered over 12,000 acres, but only six acres are used for wind turbines and roads. Black Hills Energy purchases its electricity.

So how’s it going, 20 years on? Wichita’s NBC affiliate KSN reports that the Gray County Wind Farm has brought $5.3 million in payments to the county, which has a population of around 6,000. Some of that money is funneled to local school districts.

It, along with three other wind farms, has also paid for two new parking lots, a kitchen upgrade at the elementary school, and a new grandstand at the district’s football stadium, and that meant the county didn’t have to raise taxes to pay for those improvements.

KSN spoke with Orville Williams, who leased part of his land to the wind farm and is also a county commissioner, and he just signed up for another 20-year lease. Williams said the wind farm has posed no problems as he’s farmed around the towers:

I like them. They’ve been a very great economic boost for this area.

Most people around here, I don’t think even notice them anymore.

Anytime you can get money, but you’ve gotten the money from an outside source instead of having to get it from your local population, then it’s a win-win.

We hear somebody in a certain part of the state that doesn’t want one. And we’re kind of like that doesn’t really make much sense to us.

Read more: Wind is now the largest source of electricity in Iowa and Kansas

Capital Metro’s goal is to transition its entire fleet of 400 of its buses to electric, but it doesn’t specify the timeline for that goal.

In the short term, that includes the purchase of 26 40-foot Proterra ZX5 Max electric transit buses, which will be delivered in 2022.

The US-manufactured 40-foot ZX5, which can seat up to 40 passengers, features 675 kWh of energy storage that can deliver up to 329 miles of range on a single charge. Proterra claims its 40-foot ZX5s (it also sells 35-foot ZX5s) have the most energy storage and longest drive range of any 40-foot electric bus currently available.

Most of the balance (2,155 MW) was provided by natural gas. There has been no new capacity added this year by coal, and only 16 MW of new oil capacity have come online.