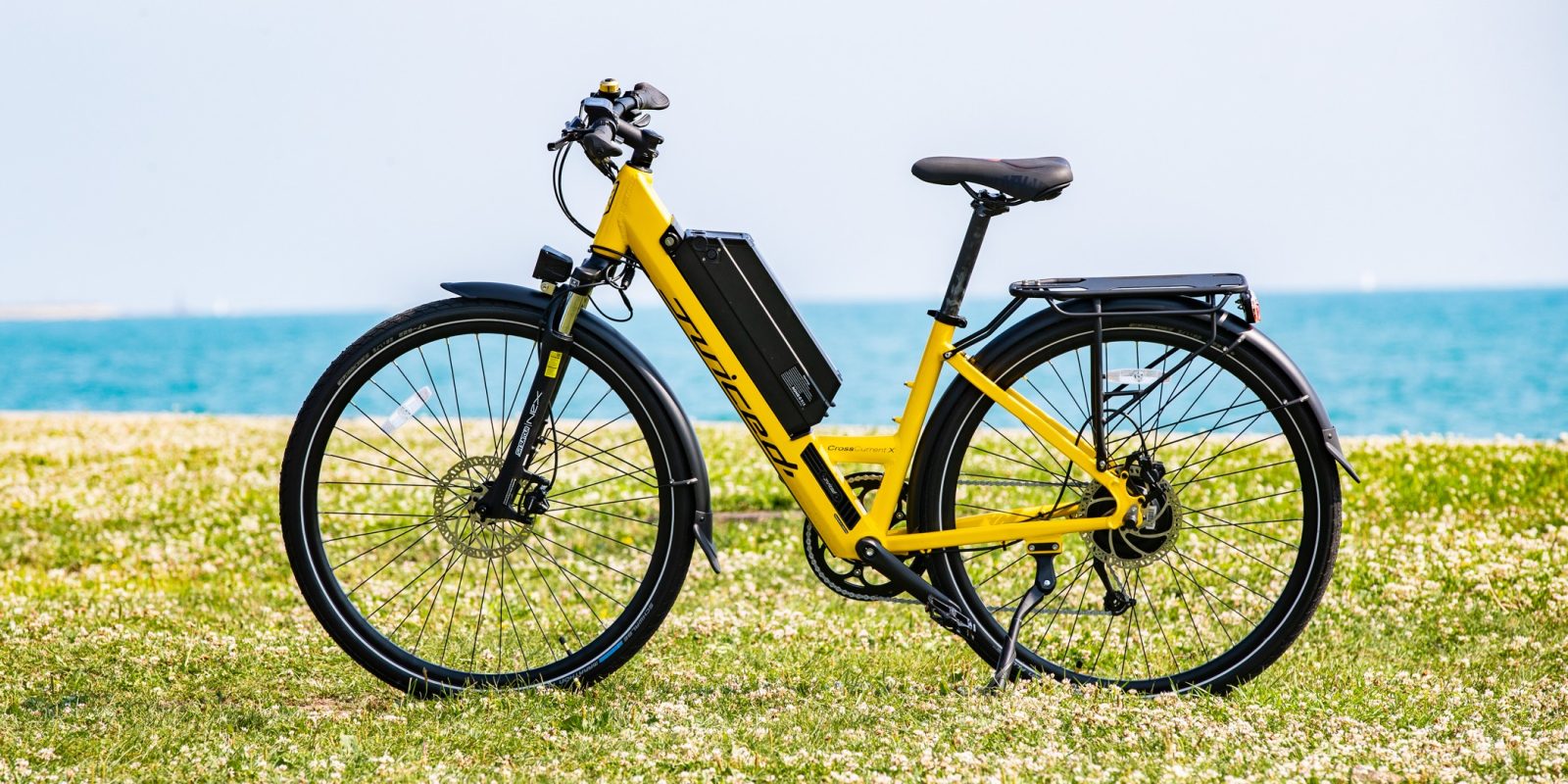 The range is one of the first questions I get asked about my electric bikes, right after “How fast does that thing go?” But range has always been one of the most mysterious and difficult to pin down specs in the e-bike industry.

After increasing its minimum battery size, San Diego-based Juiced Bikes is showing just how far its electric bicycles can go on a single charge with real-world testing data.

The company recently replaced that battery size with a larger 15Ah alternative, boosting the 676 Wh battery to 780 Wh and increasing the range by about 15%. That’s well above average in the electric bicycle industry, though still smaller than the company’s largest 52V and 19.2Ah battery with 998 Wh of capacity.

Juiced has claimed various max ranges of 50-70 miles (80-112 km) per charge with that new 15 Ah battery, depending on the bike it is mounted on, the type of riding, and the terrain covered on the ride.

Now, the company is giving us more clarity than ever on those figures with a detailed real-world range test. The test was performed on Juiced’s new $1,999 CrossCurrent X Step-Through, a commuter-style e-bike revealed last month.

While many official range tests are performed with small and light riders (150-170 lb or 68-77 kg is fairly standard), Juiced used a 6’2″ and 210 lb (1.88m and 95 kg) rider for its test. Those measurements are above average for American males and should assuage any concerns of deliberately reducing rider weight to obtain a rosier range verification.

The test, performed on a new Juiced CrossCurrent X Step-Through e-bike, showed a max range on the bike of around 35 miles (56 km) in Race Mode and double that in Eco Mode.

Juiced also used a ride tracker to obtain GPS-verified distance and mapping of the test rides.

To perform the test, the battery was fully charged, and then the e-bike was ridden over a period of several days without charging the battery. This simulated a typical commuter application, where riders may start the week with a charged battery and deplete it over the course of several days.

We’ve seen (and performed) endurance tests of batteries involving a single long ride for many hours until the battery is drained, though this marathon type of riding is less representative of real-world usage than the multi-day test method used in this experiment.

The test was also performed almost entirely on pedal assist modes, where the rider’s pedaling power is augmented by motor power. The e-bike used in the test has a throttle that allows it to be ridden without pedaling, but this significantly reduces the range and thus many companies are wary of sharing throttle-only ranges. In Juiced’s range test, the first three of the five pedal assist power levels were used, consisting of Eco Mode, Level 1, and Level 2.

The first day of the test saw a roughly 16 mile (25.7 km) commuter-style ride on city streets, with the rider averaging around 12.5 mph (20 km/h). The rider mostly used pedal-assist Level 1 and Level 2, and briefly used the throttle to get “up to speed” with cars when accelerating from a stop.

The fourth day’s journey took the rider to a local farmers market, where he made use of the CrossCurrent X Step-Through’s included rear rack. The 13 mile (21 km) trip was performed with an average speed of just under 11 mph (18 km/h).

The fifth day finally saw the battery drained after around 7.5 miles (12 km) of riding at an average speed of 8.75 mph (14 km/h), reaching the point where the bike no longer provided power.

Throughout the five days of riding, the bike reportedly achieved 69 miles (111) km on a single charge. The rider covered a combination of flat and moderately hilly terrain and had a typical load of around 215-225 lb (97-102 kg), including gear and cargo.

This kind of fairly granular, real-world data is rare in the e-bike world, and it is helpful to scrutinize what these results mean.

The total average efficiency of this ride was 11.3 Wh/mi, or 6.9 Wh/km. This is a fairly reasonable energy expenditure rate for rather slow pedal-assist riding. When making back of the napkin calculations for e-bike ranges, I typically use the figure 15 Wh/mi for pedal assist and 25 Wh/mi for throttle, and this e-bike was slightly more efficient than my general assumptions — likely due to it riding slower.

These results demonstrate a few things to me:

When comparing e-bikes, we often like to look at max speed and max range specs, but it is important to remember that you can only have one of those at a time. To Juiced’s credit, they don’t hide the fact that high speeds reduce range, and the company claims that this same e-bike should get around half of the range in Race Mode as it achieves in Eco Mode.

Very few e-bike companies come out and provide real-world range testing data, and I know of only one that does it for every pedal-assist mode and throttle mode on its e-bikes: Aventon. That company provides a chart for every e-bike model they sell with range and speed data for each pedal-assist mode and for throttle-only riding, and I’ve always respected that.

It is this kind of real-world riding data that will actually help riders compare different electric bikes and better estimate their own expected ranges.