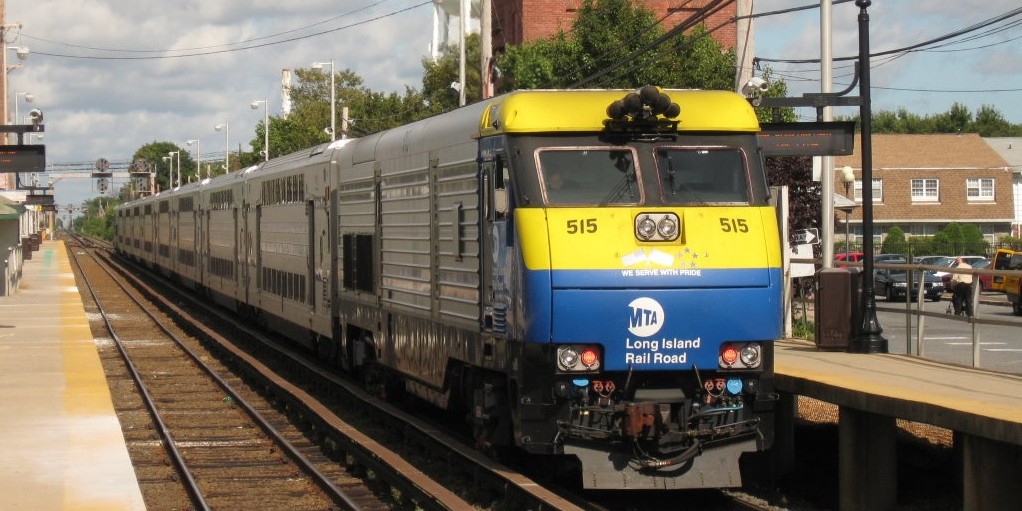 New York’s commuter railroad The Long Island Rail Road (LIRR) and French train manufacturer Alstom will work together to explore the possibility of retrofitting the LIRR’s rail cars with rechargeable batteries to run on the railroad’s diesel branches. If successful, it would be the first commuter railroad in North America to run battery-powered trains. (They are already used in Europe.)

The first phase of the study will be on paper, followed by trial runs on empty trains on M7 trains on the Oyster Bay and Port Jefferson branches. If it’s successful, some trains could run on batteries by next year. The Gothamist explains:

The MTA’s battery study will last eight months and will test how long a train can run on batteries, how fast they can be recharged, and how easily a train can switch from battery to electrified third rail power. The test trains are expected to operate using third rail power on the electric section of the line, charging the batteries as they travel, then switch over to the battery-only power along the non-electrified section of track between East Williston and Oyster Bay.

[LIRR and Alstom] will determine where exactly the batteries might be located, under seats, on the roof, or under the cars.

The MTA will also assess how much power the several-ton diesel trains need to get up hills, as well as safety issues.

If the study is successful, commuters who currently take diesel trains could then take a single train – that is, not have to switch – in order to complete their trips.

US homeowners and solar

UC Berkeley’s BEACN sustainability consulting group and SolarReviews, a US consumer reviews website for solar panel installation, surveyed more than 400,000 US homeowners who had submitted a request for a quote from SolarReviews.com between 2016 and 2020.

They found that the primary motivation for installing solar was potential savings on electricity bills, followed by disaster resilience and reduced emissions.

Further, interest in battery storage, specifically for the purpose of energy resilience during natural disasters, is increasing. Of the respondents that have solar, just 11.5% also have a battery storage system installed, but this percentage is expected to increase following a confirmed year-over-year growth since 2016, with 60% of battery installations in the last five years taking place in 2020.

The federal tax credit was the single-most important financial incentive to respondents, followed by net metering.

Finally, three months is the most common lead-to-installation timeline. Yet, people who received solar quotes in 2016 were installing solar panels into 2020, debunking the claim that homeowner leads can only convert within a few weeks or months.