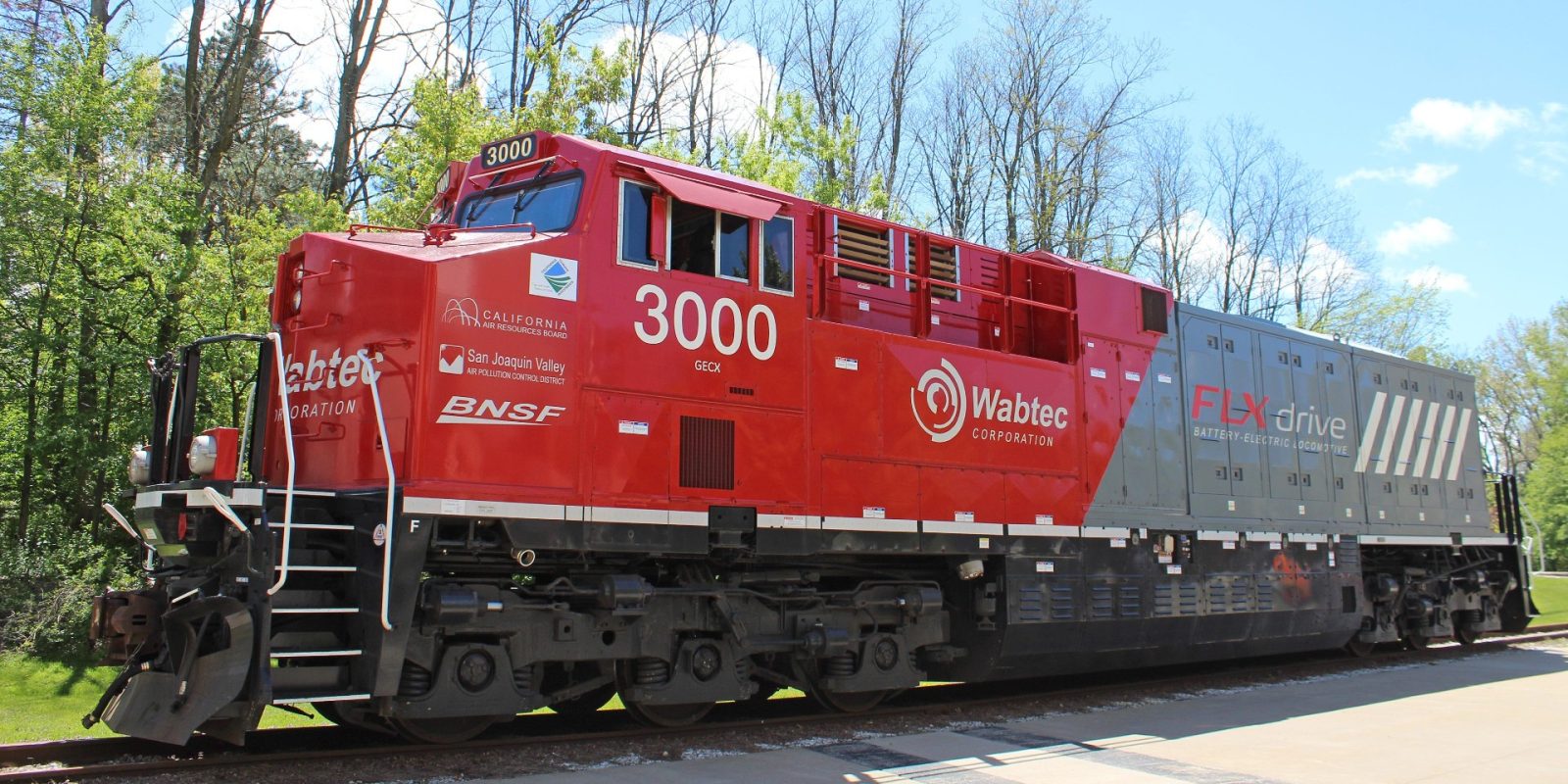 The FLXdrive was developed with a $22.6 million grant from the California Air Resource Board that was awarded to Wabtec, BNSF Railway, and the San Joaquin Valley Air Pollution Control District.

According to Wabtec on May 17:

[The company’s] next step is to build a second-generation locomotive with a battery capacity of more than 6 megawatt hours – a level of energy that can reduce a locomotive consist’s fuel consumption and carbon emissions by up to 30%, even while hauling several thousand tons of freight in a mile-long train. A fleet of second-generation FLXdrives will be commercialized and could enter supply chain routes in the next few years.

GM’s battery and fuel cell technologies will help Wabtec move to the next stage of developing even more effective electric freight locomotives.

Here’s what the EIA had to say about wind and solar:

Wind energy, or electricity generated by wind-powered turbines, is almost exclusively consumed in the electric power sector. Wind energy accounted for about 26% of US renewable energy consumption in 2020. Wind surpassed hydroelectricity in 2019 to become the single most-consumed source of renewable energy on an annual basis. In 2020, US wind energy consumption grew 14% from 2019.

Solar energy accounted for about 11% of US renewable energy consumption in 2020. Solar photovoltaic (PV) cells, including rooftop panels, and solar thermal power plants use sunlight to generate electricity. Some residential and commercial buildings use solar heating systems to heat water and the building. Overall, 2020 US solar consumption increased 22% from 2019.

Hydroelectric power accounted for about 22% of consumption in 2020, and US biofuel consumption fell 11% from 2019.