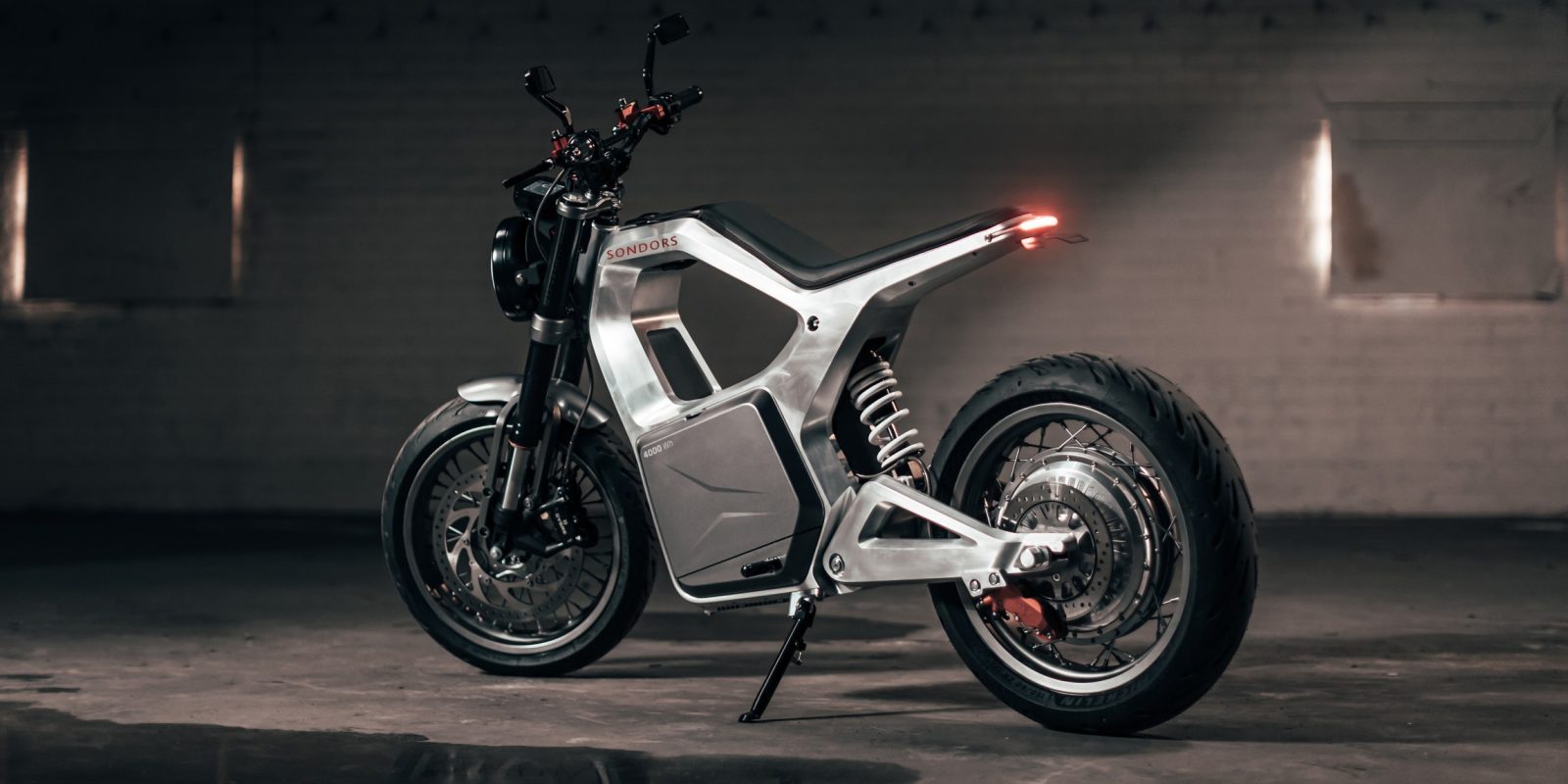 The SONDORS Metacycle electric motorcycle is apparently running behind schedule and won’t achieve its latest estimated ship date of Q3 2021, according to emails sent out by the company.

Ironically, the delayed production now returns the SONDORS Metacycle closer to its original production timeline. When the bike was unveiled in January of this year, company founder Storm Sondors indicated that the bike would begin production in Q4 of 2021.

Then two months later in March, SONDORS sent out an email to reservation holders of the first Metacycles explaining that production planning was running ahead of schedule. The company indicated a revised shipping date of Q3 2021.

Now a new email from SONDORS sent out to reservation holders and provided to Electrek by a reader reveals that production has fallen behind schedule. SONDORS is now expecting shipping to be postponed back to Q4.

According to the email, SONDORS explained that:

“Based on our most current and best estimate, shipping will now begin in Q4. Please note, this is subect to change due to record-breaking demand, industry-wide material shortages, and system-wide shipping delays.”

SONDORS also revealed that the company would be launching a new owners’ page to provide exclusive updates to reservation holders with access to shipping timelines and insider details on the Metacycle.

See the text of the email below:

The SONDORS Metacycle is likely one of the most highly anticipated electric motorcycles in the world right now. It was revealed for an unheard of price of $5,000 – far below other competitors with similar performance specs.

Touting a top speed of 80 mph (130 km/h) and a maximum range of 80 miles (130 km), the Metacycle could be the first low-cost commuter-ready electric motorcycle to offer highway-capable speeds.

The company also revealed in an interview with Electrek that a number of interesting accessories would be made available for the motorcycle to fill that front cavity, including a storage box, Level 2 charger or 3,000 Wh auxiliary battery.

The 4,000Wh battery is also removable though, meaning riders can carry the 45 lb (20 kg) battery indoors to charge if street-level charging is not available. We even got a closer look at just how that removable battery setup would work.

It’s definitely a bummer that production has been delayed, but this should come as a surprise to no one. At risk of pulling an “I told you so,” I literally wrote in the unveiling news article that this would likely happen. Or in other words, I told you so.

But look, these things happen. Like, all the time. SONDORS is an electric bicycle company that has moved into the electric motorcycle space. The e-bike industry is notorious for drawn-out production times and missing shipping deadlines. It’s been happening to nearly every e-bike company on record over the past 18 months.

This was also a pre-sale situation, and overrunning production timetables is so common that it’s almost the rule these days. I’m not saying that makes it okay. But when everyone is doing it, we come to expect it.

I bought an awesome retro-inspired electric motorcycle on Indiegogo nearly a year ago that promised shipping in April. I bought it fully expecting that I would not see my motorcycle in April. We’re now five months behind schedule and the bike has passed its homologation testing and is finally preparing to ship, which is pretty much what I prepared myself for in the beginning. Call me jaded, but these days I always add a few months to whatever timelines companies give me. Perhaps manufacturers should be more conservative in their estimates, but since that isn’t going to happen any time soon, I am just more conservative in my expectations.

In this case, SONDORS probably should have never promised an updated shipping timeline when they discovered they were running ahead of their schedule six months ago. The better option would probably have been to just keep their nose to the grindstone and continue working. If they made it under the wire early then that would have been great. If not, then they wouldn’t have gotten anyone’s hopes up only to disappoint them later.

While I understand this is going to be frustrating to reservation holders who have $5,000 hanging out there in the wind, I don’t see any reason to be worried at this point. All signs point to the Metacycle being late but still on its way. SONDORS has missed plenty of delivery timelines in its half decade as a manufacturer, but has always delivered in the end (well, except for that three-wheeled car…).

If the Metacycle is anything like it sounds, it will be worth the wait.