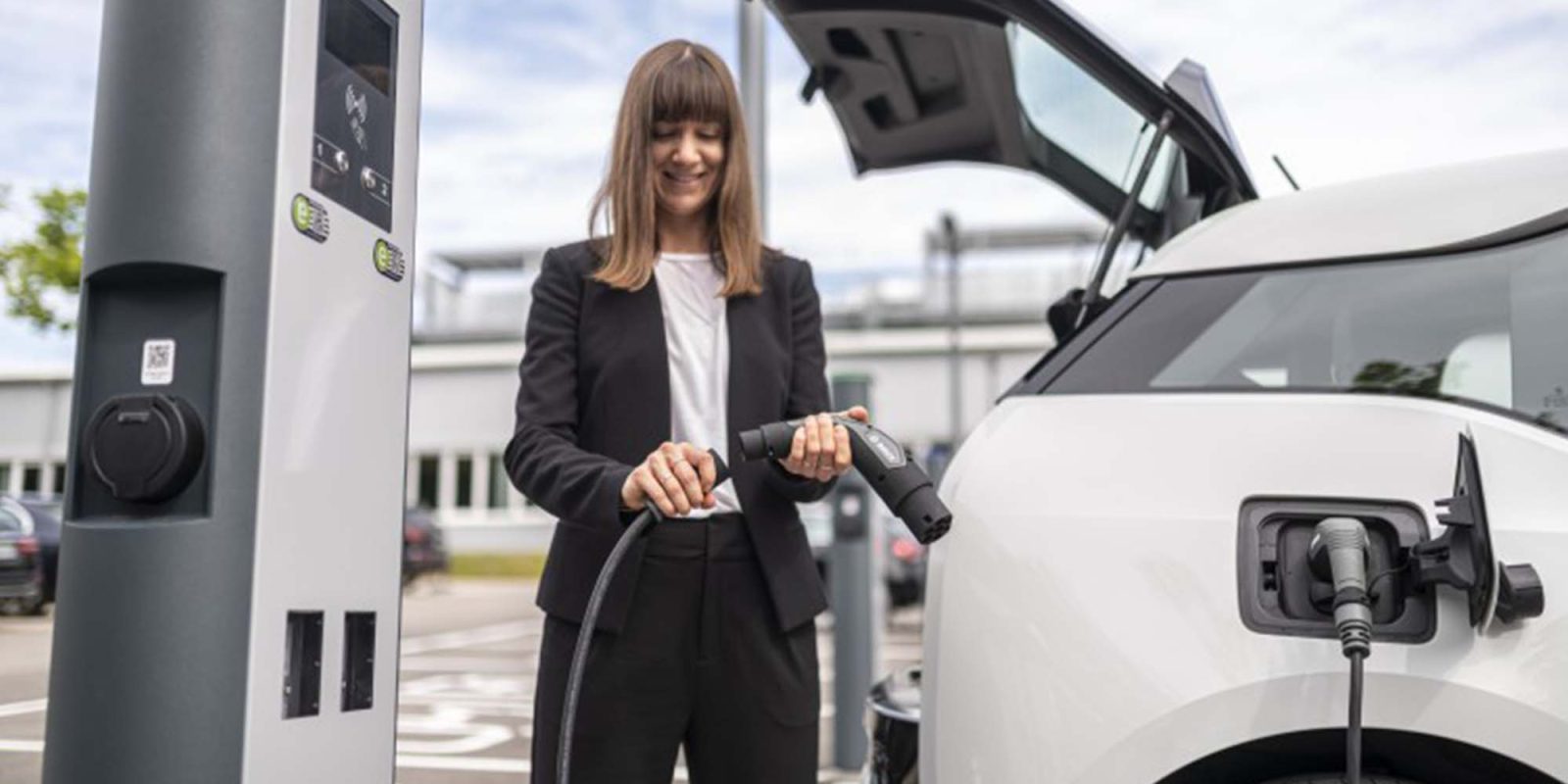 Engineering and technology company Bosch has unveiled a new charging cable for electric vehicles equipped without the traditional “charging brick.” The manufacturer shared new details of the EV cord ahead of its world premiere at IAA Mobility in Munich this week.

Robert Bosch GmbH, better known as Bosch, is a German engineering and technology company founded in 1886. Since then, the company has specialized in engineering and manufacturing everything from automotive parts to appliances and even electric bikes.

In recent years, Bosch has developed a focus on newer technologies like software, cloud services, and Internet of Things (IoT).

Although the German company has previously shared shaky opinions on the future of electric vehicles, it still manufactures plenty of components for them. With its most recent announcement, Bosch looks to support current and future EV drivers with a uniquely designed charging cord.

Bosch does away with bulky charging box on EV cables

In a recent press release, Bosch shared a glimpse of its new flexible charging cable coinciding with its debut at IAA Mobility in Munich this week.

Bosch is calling this flexible smart charging cable a “world’s first” to feature its integrated universal charging technology without the in-cable charging box, often referred to as a “brick.” That being said, Electrek‘s own Seth Weintraub reported on similar technology from AeroVironment back in 2016.

According to Bosch, the new charging cable weighs about 40% less than brick-equipped cables at around 3 kg (~6.6 lbs).

The new cable will also come with adapters to allow both Level 1 and 2 AC charging. So whether you are plugging in at home or at a public charger, the new Bosch cable can connect and deliver charge speeds up to 22 kW.

In addition to universal use for AC charging, Bosch’s charging cable was also built with advanced safety in mind. The press release explained:

The type 2 connector at the vehicle end of the cable contains the components for controlling and monitoring the charging power. At the other end, the household plug with adapter houses the temperature control and a residual current device. This ensures that no overloading or overheating occurs even during regular recharging at a household power socket with up to 2.3 kilowatts of charging power. If necessary, the safety technology deactivates the cable before the situation becomes critical.

Bosch hopes its new charging cable will become the new standard for the industry when it begins selling it to EV manufacturers and drivers in mid-2022.