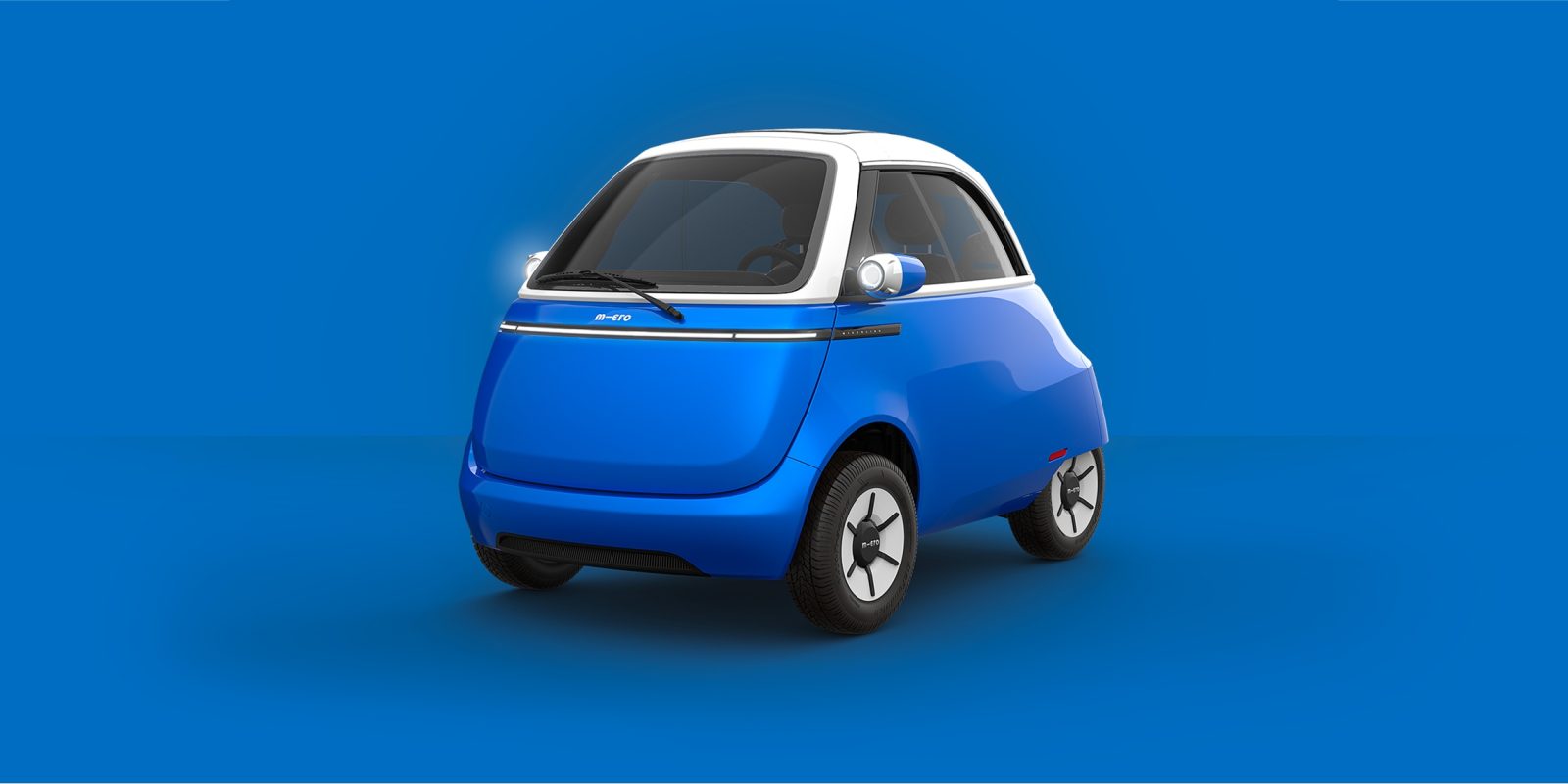 Micro took to the IAA Mobility trade show in Munich, Germany, to publicly reveal the series-production version of the company’s Microlino 2.0 electric mini-car.

Considered a quadricycle in Europe, the Microlino 2.0 takes on a similar design to the BMW Isetta.

The four-wheeled electric vehicle lacks side doors and instead has a single large front door that allows occupants to enter directly from the front of the car. A number of color options offer either a two-tone retro charm or a more modern aesthetic.

Unlike the BMW Isetta, the Microlino 2.0 mixes a combination of classic styling with more modern design. It also adopts modern automotive construction principles for increased safety. The company claims that it is the “first vehicle in its class to have automotive-grade unibody construction.”

Micro is now planning for production after having essentially finished the regulatory approval process that will allow them to sell the Microlino 2.0 for use on public roads in Europe.

Over 24,000 people have placed reservations for the little electric car, and founder Wim Ouboter is excited to finally exhibit the production version of the car to the public:

“After several years of development and more challenges than we could have imagined, we are beyond proud to show the series version of the Microlino for the first time.”

The two-seater also sports 230 liters (8.1 cubic feet) of storage space in the trunk, despite its rather small appearance.

Production is scheduled to begin this year in Turin, Italy. The company’s online configurator will launch shortly after the end of the IAA show currently underway in Munich. Micro confirmed that the base price of the car will remain at €12,500 (approximately US $14,800), despite an increase in supply costs for materials, components, and shipping over the last year of development.

Micro expects to begin with a production capacity of around 7,500 vehicles annually, and hopes to increase that volume over time.

In addition to the Microlino 2.0, the company is showing off the Microletta electric scooter for the first time.

The scooter features two front wheels and leans into turns, providing a similar ride experience to a two-wheeler yet with the added stability of a three-wheeler.

The Microletta is just a design concept at this point, but could become a fully fledged product once the company opens up more bandwidth for production development.