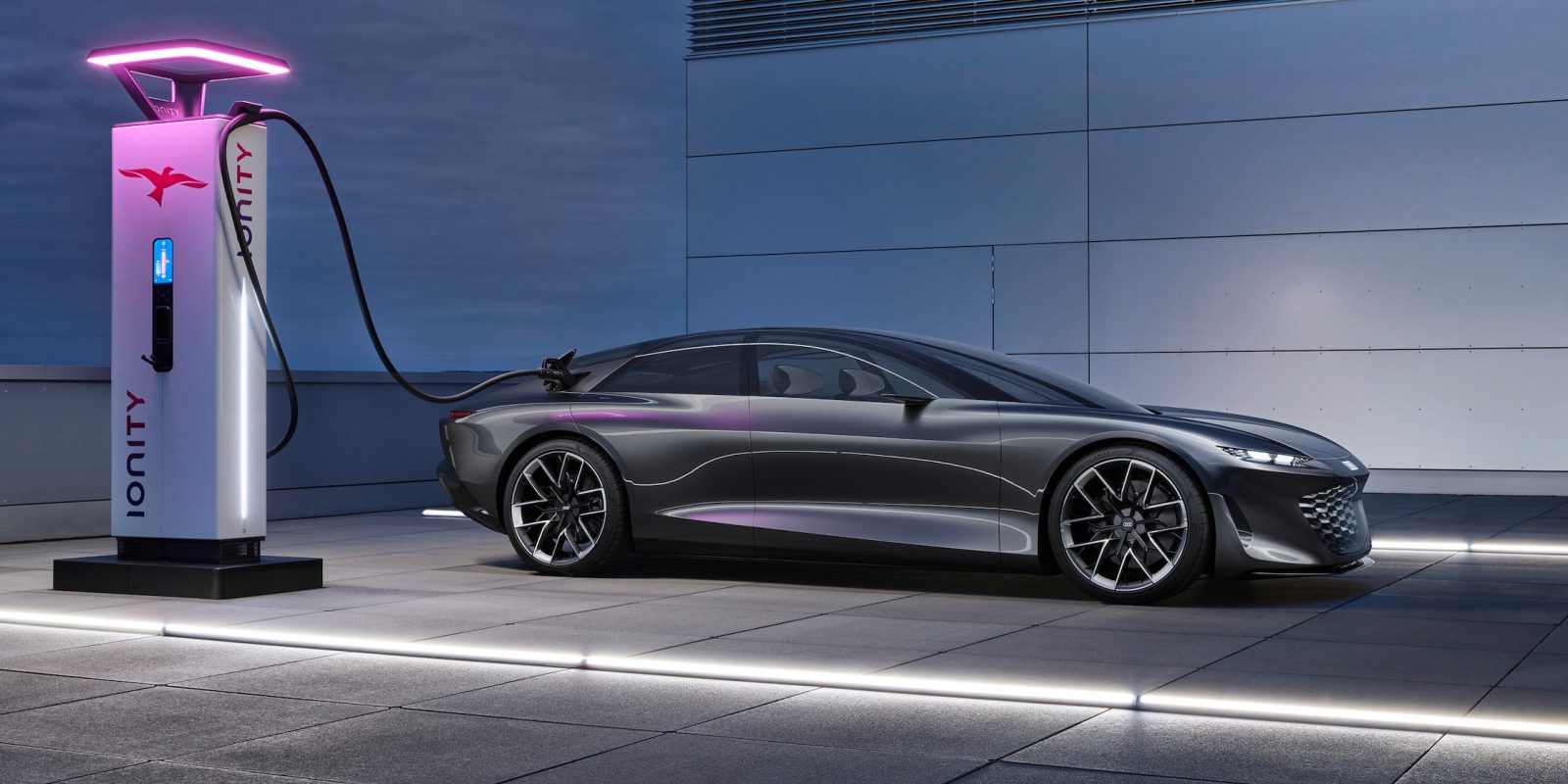 Audi has unveiled today its Grandsphere concept, an wicked-looking new concept that hints at the upcoming electric A8 sedan.

Ahead of the IAA show in Munich, Audi has unveiled a new concept vehicle.

While we don’t get too excited about concept electric vehicles here at Electrek, Audi has already made its electrification ambitions clear, and it confirmed that some of what we see in this concept will make it to a future production vehicle:

“As the second of three “sphere” concept cars from the brand with the four rings, the Audi grandsphere has a special place. That is because the technologies and design features assembled in it will turn up again within a few years in future Audi series. The Audi grandsphere concept illustrates the brand’s claim that it is becoming the trendsetter at the top of the automotive industry for technological transformation and completely new, holistic mobility offerings.”

The concept is designed around autonomy, and Audi describes it as “private jet or first class for the road.”

Here are a few images of the exterior of the Audi grandsphere concept:

The interior is even wilder and less likely to be something to hit production:

Audi has released some details in terms of powertrain, but it’s not really worth putting too much weight on them since it’s still just a concept.

Nonetheless, it could give us an idea of the specs of Audi’s future top-of-the-line sedan.

The German automaker says that the vehicle is equipped with a 120 kWh battery pack, and its latest 800-volt technology found in the e-tron GT:

“This strategy makes charging times that approach a refueling stop for a car with a conventional engine possible. Just ten minutes are enough to charge the battery to a level sufficient to power the car more than 300 kilometers (186 miles). In less than 25 minutes, you can charge the 120 kWh battery from 5 to 80 percent.”

Audi says that the system is going to be good for 750 kilometers (466 miles) of range on a single charge.

That’s likely on the WLTP standard and on the EPA standard, the vehicle should get closer to 400 miles and charge or a little more.