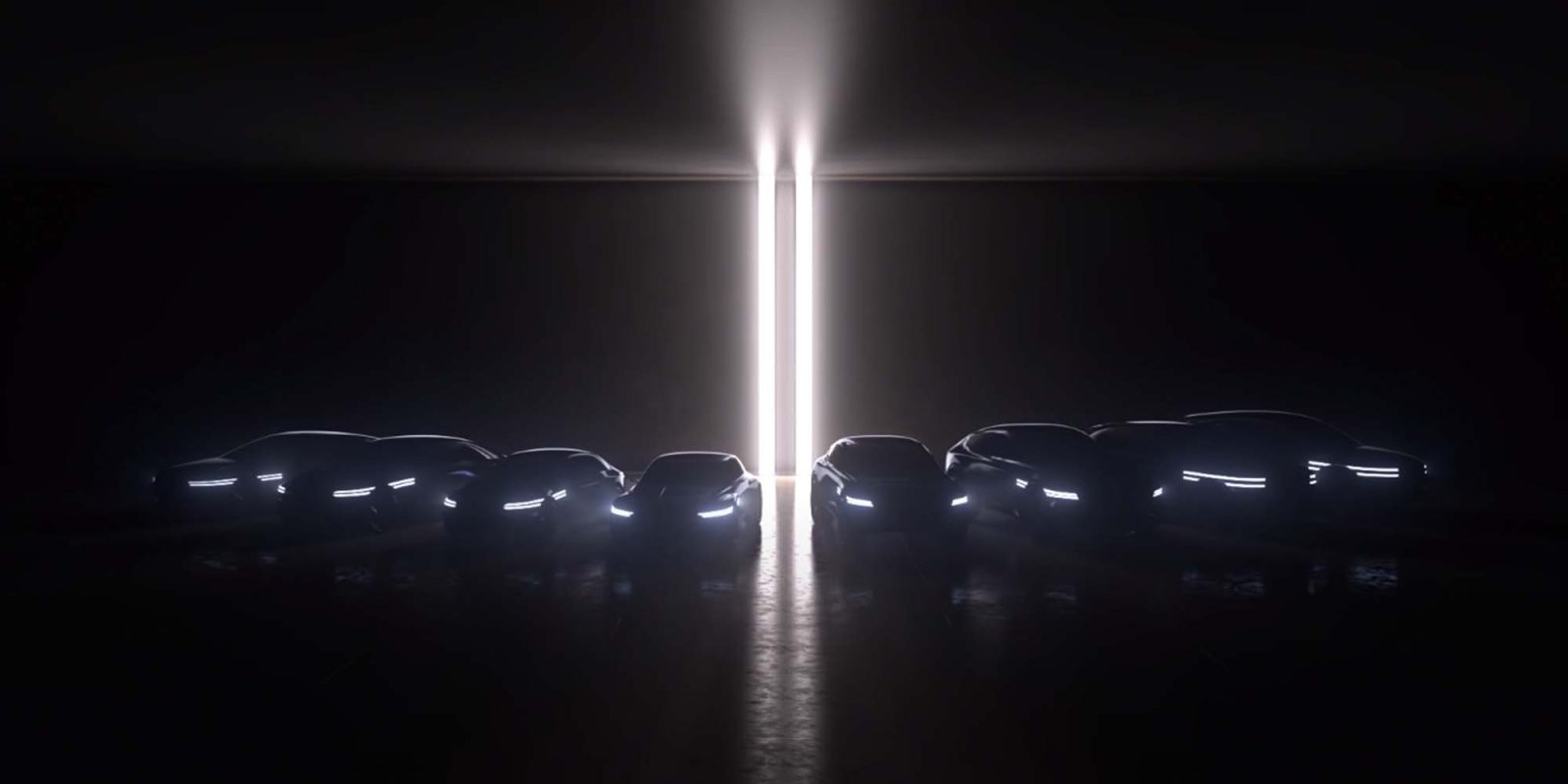 Luxury auto brand Genesis has announced its brand vision for the next 15 years, including an end to new ICE models in 2025 and plans for a 100% zero-emission lineup by 2030. Furthermore, the company offered a closer peek of its first GV60 electric vehicle and a glimpse of its X concept coupe. Oh, we also found an Easter egg hinting at a possible entry into air transportation someday.

Genesis exists as a luxury automotive brand under the Hyundai Motor Group umbrella. The name first came in the form of the Genesis sedan sold by Hyundai. At the time, Hyundai was already considering spinning the Genesis name off into its own brand but decided against it.

After several years of impressive sales in the luxury market, Hyundai decided to make Genesis its own stand-alone brand in 2015. Since then, the Korean luxury automaker has delivered three ICE models, with two more on the way.

Earlier this month, Genesis unveiled the GV60, an all-electric crossover marking the start of the automaker’s entry into EVs. With a thoroughly produced, twelve-minute video launched today, Genesis shared plans for an all-electric future.

Following a teaser Tweet from GenesisUSA yesterday, the automaker debuted a twelve-minute announcement video outlining the brand’s vision for an all-electric lineup.

While we were only able to get a glimpse of one actual Genesis EV in the GV60, the video showcased much of its X Concept electric GT coupe and spoke about what its technology represents for the future of the Genesis marque. Chief Creative Officer Luc Donckerwolke elaborated:

Genesis X or Icon, is the latest realization of our eclectic elegance design philosophy, but we will not reduce our ambitions to aesthetical masterpieces. We will design original and progressive experiences.

These design techniques will be present in the brand’s future all-EV lineup, consisting of eight different models by 2030. Luc Donckerwolke again spoke to the future of Genesis design surrounding its upcoming electric vehicles:

Our new electric lineup is the perfect platform to increase our interface with our customers. We aim to interact with all their senses. Our new architecture will integrate audacious technologies with breathtaking designs, while providing sincere, detail-oriented experiences. Warm and exquisite care will be our difference here.

Here are some of the potential elements mentioned that future Genesis customers might see someday:

More details are sure to come to light over the next year, as Genesis looks to deliver two EVs in 2022. This includes the aforementioned GV60, as well as an electrified version of its G80 sedan next spring.

You can check out the full video announcement below (be sure to keep watching after the credits too):

If you watched the video past the credits, you might have noticed an additional scene straight out of the Marvel playbook. If you missed it, go back! Or, simply read along here so we can explain it.

The scene shows a woman riding autonomously in her Genesis concept EV (possibly the X Concept?) when she receives a notification on her all futuristic glass mobile device.

The screen reads, “Genesis Air Mobility is arriving soon,” hinting at a possible entry into aerial transportation? The date on screen is also important to note, as it is 10 years from the day of the video being posted.

We now have a potential timeline on what Genesis might be working on in the 2030s, and it could potentially mean flying around in electric cars.

That’s not an impossibility, either. Some Chinese EV companies like XPeng are already doing aerial testing.