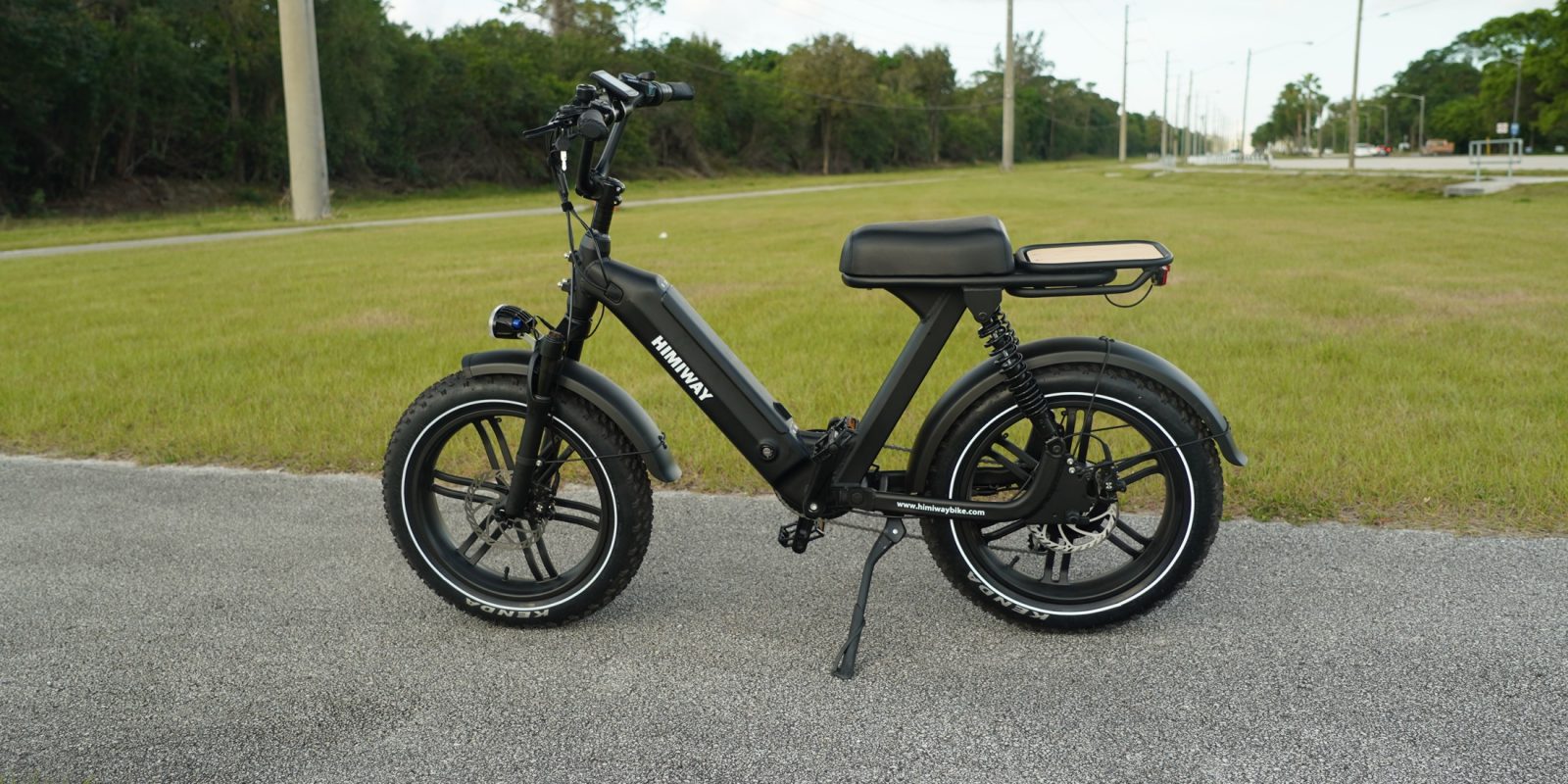 Electric bicycle manufacturer Himiway has been riding high on its main two electric bicycle models for quite some time. Now the company says it is ready to mix it up with a slew of new e-bikes.

Himiway’s bread and butter has so far been its fat tire Cruiser e-bike and Escape moped e-bike.

Both are fast Class 3 e-bikes that can be unlocked for impressive speed and power levels rarely seen in the industry.

But with only two main e-bike styles in the lineup, Himiway is apparently planning to launch four new models with a bang during an upcoming livestream in October (date: TBD).

“We look forward to delighting both returning and new customers with our latest e-bike models. Watch our free livestream announcement from anywhere in the world this October as we showcase the Softail Supreme, Multifunctional, and Premium All-Terrain E-bikes. We will be announcing four new bikes across these three categories as an extension of our mission to revolutionize the electric bike experience for riders of all ages and fitness levels.”

Himiway is referring to its new softail e-bike as its “most innovative e-bike yet.”

The company hasn’t released too many details other than to confirm that it will feature full-suspension with high-quality suspension components.

Himiway has also teased the price, indicating that it will fall somewhere in the $2,100 to $3,000 range.

This wouldn’t technically be Himiway’s first full-suspension e-bike, as the company’s electric moped also sports rear suspension. But that bike uses a simpler dual-coilover shock setup, while the softail e-bike Himiway is teasing is likely to be more similar to a traditional electric mountain bike.

It’s not quite clear what Himiway means by a multifunctional e-bike, but it will likely fall somewhere in the hybrid category.

“The Multifunctional E-Bike, as the name implies, will offer riders a range of uses from grocery shopping to pickups and deliveries, all the way to weekend trips with the family. E-bikes are well-known for their versatility and many people have replaced cars with an e-bike as their main mode of transportation. This makes e-bikes, such as Himiway’s, very affordable when considering the total cost of ownership. The Multifunctional E-bike will raise the bar for what it means to offer maximum utility at an affordable price.”

That might even mean that we could see a longtail cargo e-bike or a shorter utility bike. Given Himiway’s penchant for borrowing design inspiration, a RadRunner-inspired e-bike might not be out of the question.

And considering the teaser price of “$1X99,” we expect it will likely compete in the same category as popular cargo/utility e-bikes designed for value-oriented shoppers.

Again, Himiway is light on the details here for the company’s supposed “Premium All-terrain E-bike.” All we really know is that the company claims it will be “a blend of mountain and urban cruiser.”

We also know it will also be a sub-$2K e-bike just like the “multifunctional” line, so we’ll see what rolls out in October.

An update to the current Himiway Cruiser is a decent possibility, meaning fat tires for all-terrain riding combined with urban features like racks and lights.

Considering the company claims four new models are coming (and my PR contact mentioned an actual five models), some of these three styles are likely to have variants such as step-through frames.

Himiway is taking a bit of a novel path here, dropping details about specific models and rough price ranges, yet preventing us from looking behind the curtain yet. They’re also using some odd nomenclature, but I’ll chalk that up to a PR language barrier. The company boasts a warehouse in California and an address in a business park in Vancouver, Canada. But let’s get real. That appears to be a small rented office, leaving Himiway as a primarily Chinese brand operating a direct-to-consumer model in the US.

I would have loved to see images of these new e-bike models, but Himiway isn’t ready to let us peek yet. The styles sound like a welcome addition to the lineup though, as they’ll help round out the otherwise lack of variety currently offered by the company.

As it is, Himiway already suffers from accusations that its two models are largely inspired by (if given the benefit of the doubt) or knock-offs (if not) of two other major players: Rad Power Bikes’ RadRover e-bikes and Juiced Bike’s Scorpion electric moped. Both models have since received updates, and so it’s not surprising that Himiway is also looking to update its line.

Come October we should have a much better idea of what Himiway is cooking up.