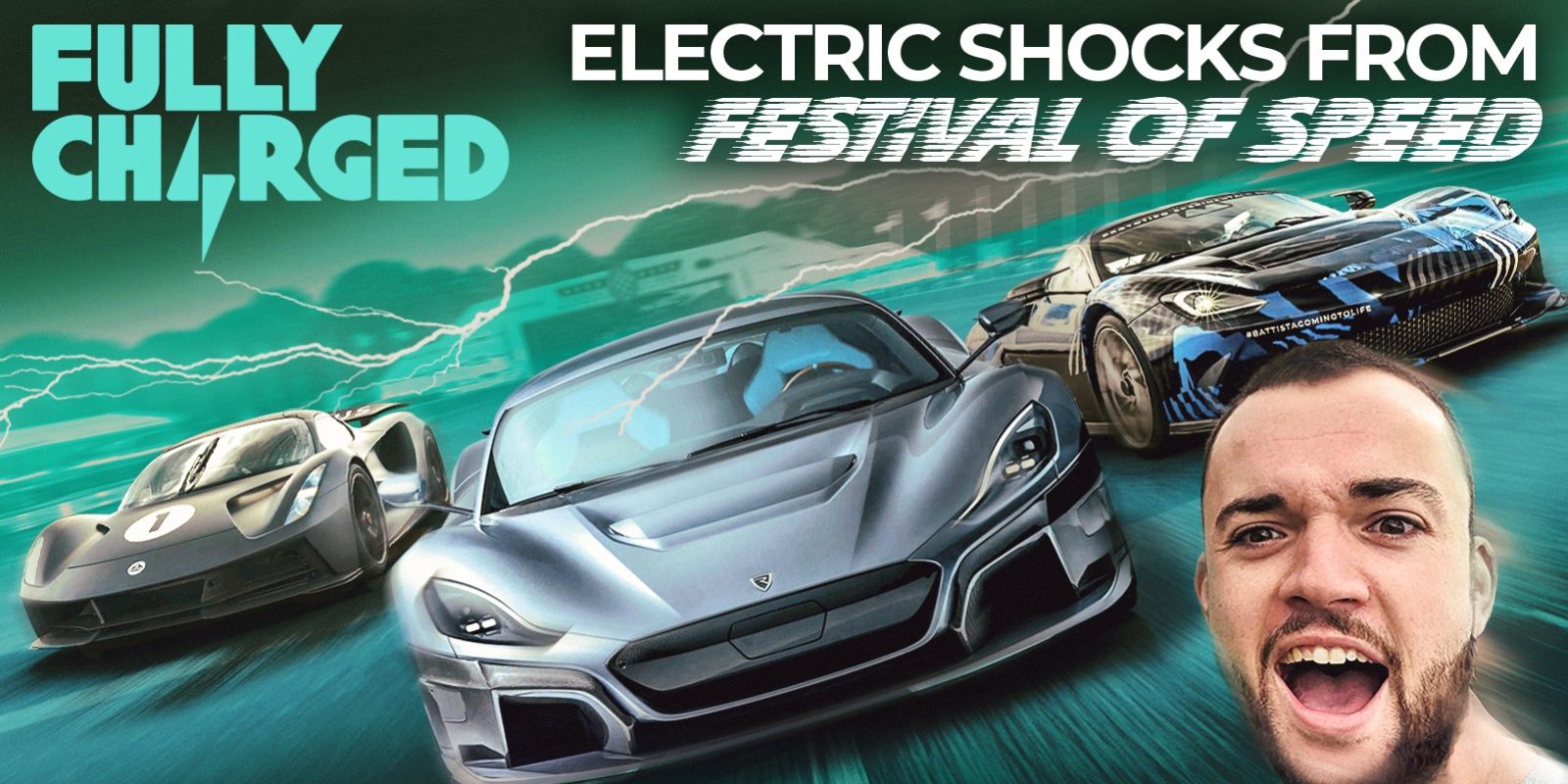 If you’re a lover of stuff on wheels, there truly is no place like the UK’s Goodwood Festival of Speed. Situated in the sprawling front garden of the Duke of Richmond’s house, complete with hillclimb route and rally stage, it truly is a glorious day out.

[This is an ongoing collaboration between Fully Charged and Electrek.]

I’ve been going since I was a small boy, and for me, what separates Goodwood from more conventional motor shows is the sheer variety of metal on display. From groundbreaking, never-before-seen prototypes to hundred-year-old fire-breathing behemoths, to Le Mans winners still splattered with bugs hit while tearing down the Mulsanne at 200 mph. Every corner of the automotive world is represented at Goodwood, and as you’d hope, the EV presence at the show has grown exponentially in recent years.

This year, much of the electric stuff on display was located in two distinct areas, right at the heart of the festival: Future Lab and Electric Avenue. The former offered punters a chance to view the tech of tomorrow – or a few days after tomorrow, in some instances.

Boston Dynamics’ mechanical pooch, Spot, was there, as was a prototype Mars rover, but it was the variety of small, urban EVs that really excited me. One such contraption is called the Triggo. At a glance, you might be forgiven for mistaking this enclosed quadricycle for a Renault Twizy, but the Triggo has a party trick I’ve never seen on any vehicle before. At the push of a button, its track can be significantly widened or shortened (max width 148cm, min width 86cm). Why, you might fairly ask? To provide the driver with increased maneuverability and the ability to squeeze through motorbike-sized gaps when in town, and improved top speed and stability when out on the open road. Ingenious.

Another urban EV that charmed me, albeit more for its aesthetics than its ingenuity, is the Microlino. Brought to us from the same company responsible for the original folding metal scooter (remember when we had to push them ourselves?), it unapologetically takes its design inspiration from the fabulously odd BMW Isetta Bubble Car of the 1950s. The front of the car swings open on a hinge to reveal a retro and surprisingly spacious cabin with room for two adults plus baggage. Prices start at just €12,000 and range is an ample 125 miles – roughly equal to that of a Honda E or Mini Electric, both of which suddenly seem rather large and expensive next to this little cutie.

Onto Electric Avenue, where a wide variety of the best and brightest new electric road cars were on display, and it was exactly that which struck me upon seeing them all together – the variety! Gone are the days where your choice of EV was limited to two frumpy SUVs and one overpriced hatchback. There is a truly remarkable spectrum of electric cars on sale today, and by this time next year there will be twice as many again.

Highlights for me included the e-tron GT (which, having had a prod around, I’m now certain has achieved the near-impossible feat of actually being better looking than its suave sibling, the Taycan) and the holy trinity of jaw-dropping, 2,000 horsepower monsters: the Rimac Nevera, Lotus Evija, and Pininfarina Battista. They may seem rather similar on paper, but these are three very different executions of the electric hypercar concept, and all three are rapidly nearing the beginning of their highly limited production runs.

If I had to pick one here and now, having not yet driven them? The Pininfarina definitely dropped my jaw the furthest. It looks like it’s going 200 mph while standing still – so elegant next to the more brutish Rimac and ultra-lightweight Lotus. With any luck, we’ll be covering all three individually on Fully Charged in the very near future, but for now, please click the link below to enjoy my roundup of the best electric vehicles that were on display at this year’s Festival of Speed.