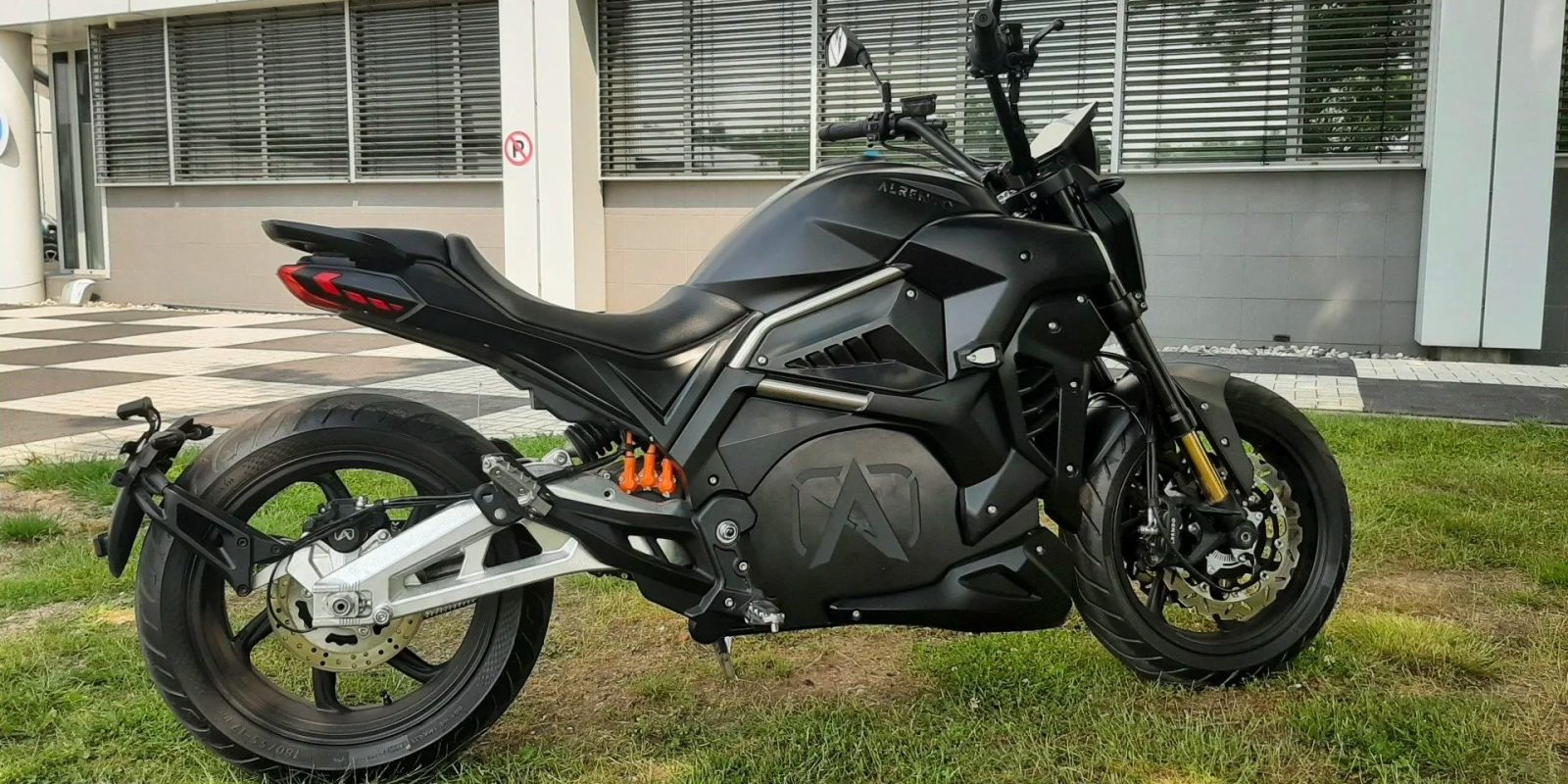 When we first covered the Alrendo TS Bravo earlier this year, it was shaping up into an interesting new option headed for the European electric motorcycle market. Now the bike is being shown off in its production-ready form with specs that make it even more enticing.

The Alrendo TS Bravo isn’t some pint-size electric motorcycle, it’s a full-size commuter bike that draws styling from the sportier end of the motorcycle spectrum.

The Alrendo TS Bravo can reach a top speed of 135 km/h (84 mph), which should be plenty to fulfill its intended role as a commuter electric motorcycle.

This bike may look sporty, but it’s not meant for the track.

In fact, its 16.6 kWh battery is larger than the likes of those in Harley-Davidson’s or Zero’s electric motorcycles. The bike can only tap into a useable 14.3 kWh, but that’s still huge – especially in comparison to other commuter electric motorcycles with batteries in the 4 kWh range.

A 3.8 kW AC charger is said to top up the bike in just three hours, though that math doesn’t quite add up. At that rate, I would expect closer to a 4.5 hour full recharge, especially with current tapering near the end of charging, though they may be referring to a partial 0-80% charge in the spec sheet.

We can also get our first look at the production-ready bike in action in the video below.

Other than the hefty 249 kg (549 lb) weight, all of the bike’s specs so far sound quite intriguing, especially when you consider the cost.

Anyway you slice it, that’s a bold new price point compared to the rest of the European electric motorcycle industry.

Pre-orders are now open for the new electric motorcycle and availability at the Netherlands E-Center is expected any day now.