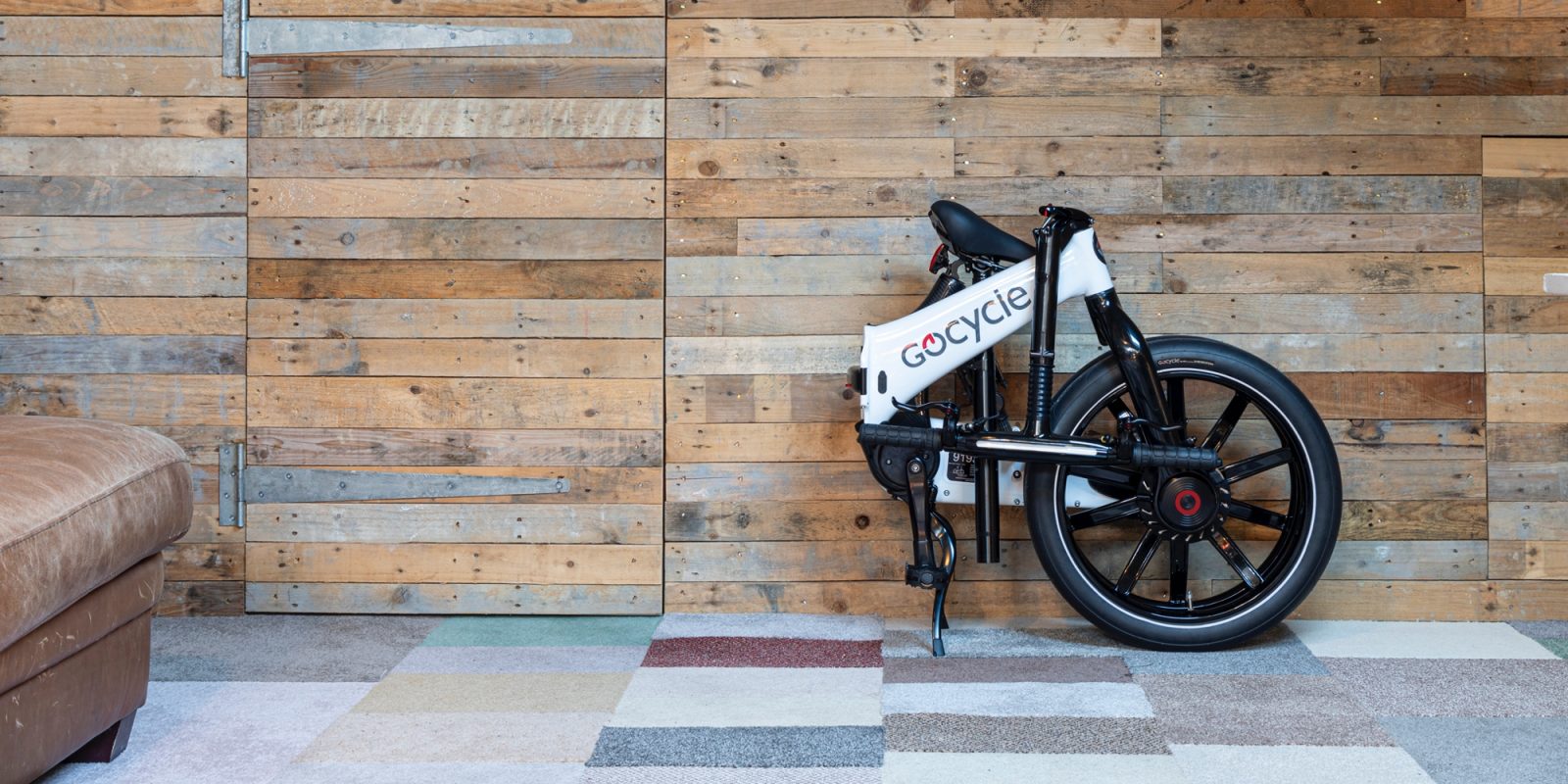 Before today, Gocycle already had some of the fanciest folders in the e-bike world, but the company’s new fourth generation e-bikes are set to increase the lead. The new models announced today include the Gocycle G4, G4i, and G4i+.

We’re now getting our first look at the new models after previously seeing only teasers from Gocycle earlier this year.

The bikes follow the same basic Gocycle design we’ve been familiar with, sporting single supported wheels, a magnesium Cleandrive systen to hide away the drivetrain, and a fast folding mechanism.

But the company added a number of new features while shaving more weight off the bikes to make them lighter than ever before.

The weight savings come largely from a new carbon fiber mid-frame and front fork. Together, the new setup helps the bikes weigh in at 2.2 lb (1 kg) lighter than before.

The new Gocycle G4i weighs just 36 lb (16.3 kg). That’s a veritable featherweight in the world of folding e-bikes, which are usually bloated with extra weight from clunky folding mechanisms and bulky frames.

The in-wheel motor also gets an update, with the latest G4drive sporting more torque and better startup power, all while operating even more quietly. Gocycle also claims the responsiveness of the motor is improved, with assist beginning immediately upon touching the pedals.

To get that power to the ground, new MotoGP-inspired tires were developed. They incorporate silica into a novel tread pattern to provide better grip and and more confident handling.

Other additions include a faster charging system (dropping the charge time from 4-7 hours to just 3-3.5 hours), an improved Bluetooth connection setup for the phone app, and a new USB charging port to keep the rider’s phone or other electronics topped up while on the go.

The G4 gets a Microshift mechanical shifter while the G4i and G4i+ both get predictive electronic shifting.

Familiar sights that our readers may remember from the last time we tested a Gocycle include the double kickstand for secure parking, rear suspension strut activated by the single-sided swingarm, a boost button as a hidden throttle (or a twist throttle on the two higher-end models), running lights, multiple programmable and adjustable power modes, and hydraulic disc brakes.

The bike also still sports a similar-looking 36V removable battery rated for between 40-50 miles of range (64-80 km), depending on the level of pedal assist.

The new models are available now, starting from $3,999. An accessory suite that includes mudguards, auxiliary lights, and a pannier rack should be available soon.

Gocycle founder Richard Thorpe elaborated on the launch of the new fourth-generation e-bikes:

G4 has been in development for many years and represents the most significant product update for Gocycle since our G1 to G2 engineering programme. Our generation four models have been developed through a combination of listening to our customers and our continued mission to develop the best urban electric bikes on the planet. G4 will not only set a new standard for Gocycle, but a new standard for performance for all of our competitors in the portable electric bike segment.

What I’m most excited about is our future road map and the potential for Gocycle to continue to innovate at a higher rate than our competitors. At Gocycle, we cook with different ingredients allowing us to redefine what an ebike can be and do. G4 is very exciting for us and provides a platform that will support even more significant developments in our pipeline in years to come!

Welp, they ain’t cheap. But they’re pretty amazing e-bikes, so I can see what they spend their money on.

Richard Thorpe was previously a designer at McLaren before deciding to shift gears and open his own electric bicycle company with a new design for folding e-bikes. And it is readily apparent that the automotive-level design has carried over.

Gocycle has gone as far as not only designing a completely novel frame with a pair of single-sided wheels, but they’ve got their own single-supported motor as well, plus that Cleandrive swingarm so you never mess up your pant legs.

Gocycle’s folders obviously aren’t for everyone, but having tested the previous generation myself, I can say that they are worth the price for anyone who depends on a folding e-bike as a daily commuter.