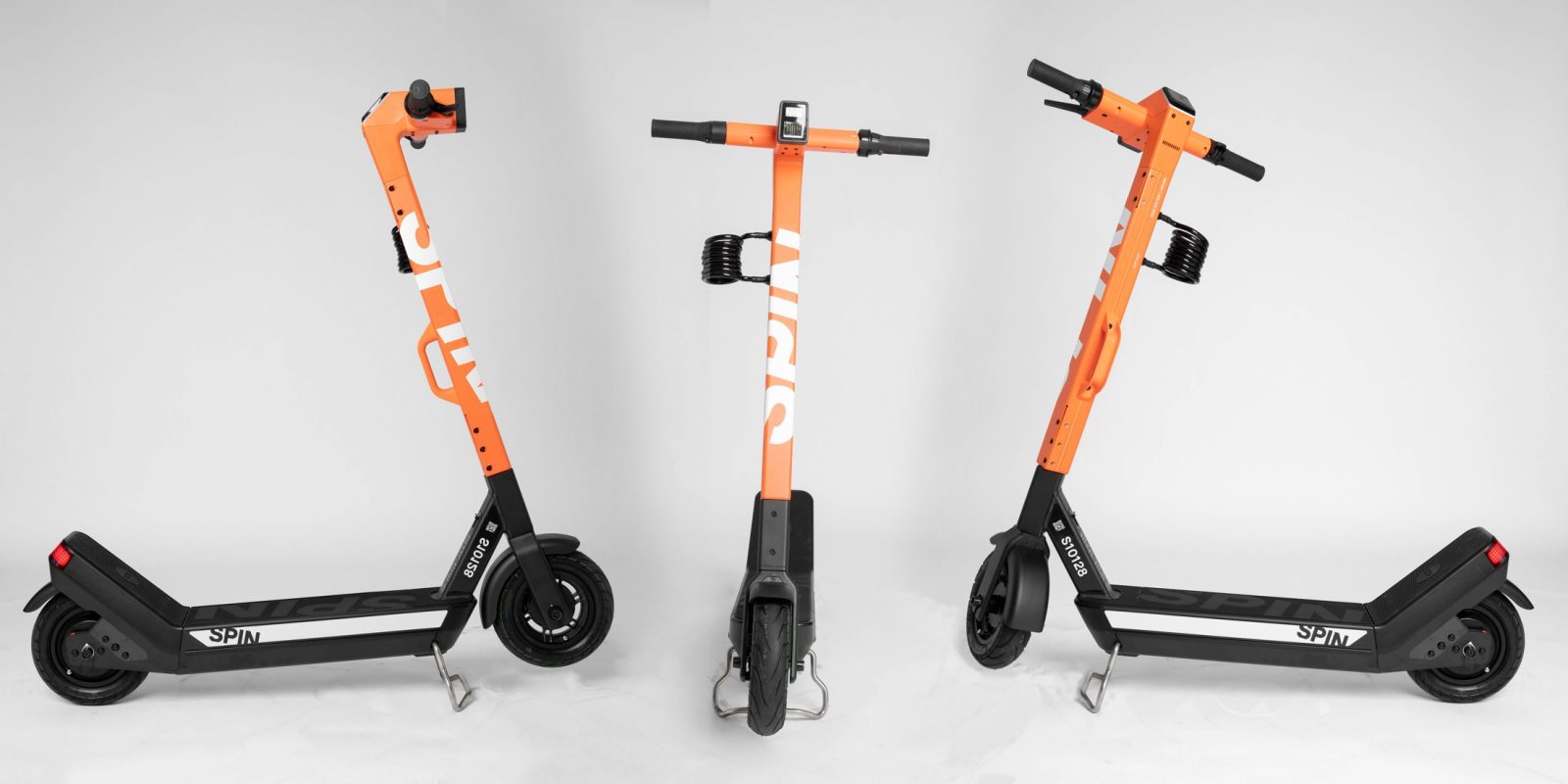 The scooter was designed in-house by Spin’s team and will roll out onto Sacramento streets this summer ahead of a broader launch across the US later this year.

The S-100T electric scooter is designed as an ultra-rugged scooter – a necessity for shared vehicles that live fairly hard lives on the street.

The cables are fully enclosed within the scooter, multiple handles are built into the frame and stem of the scooter, and there’s even a built-in lock.

Spin goes as far as to say that its new S-100T scooters are designed to go above and beyond what most scooter manufacturers offer on their own rugged models.

“We put S-100T through safety and durability testing in the most extreme environments we could think of, beyond what is necessary to pass certification and beyond what most e-scooter manufacturers do. We believe a scooter you can’t trust is a scooter you can’t ride. With that in mind, we have ensured that, like our other vehicle offerings, Spin S-100T is able to perform at the highest level no matter the conditions.”

A total of over 400 safety and durability tests were performed on the scooter to benchmark its performance.

The tests are designed to ensure that the scooter can continue to operate even in harsh environments. Some tests included subjecting the scooter to a salt water fog to ensure proper performance in humid, coastal areas as well as temperature ranges from -4 to 149ºF (-20 to 65ºC).

The scooter also hosts a myriad of ruggedized and redundant safety systems, such as three independent braking mechanisms.

Spin claims to have the industry’s first 500W motor, which they say should help the scooter climb hills better than the competition.

The scooter also includes a new swappable battery that Spin says is focused on more sustainable charging operations and is specifically designed to allow the motor performance to stay consistent across a wider range of battery charges. The new pack should have a maximum range of 37 miles (60 km).

“Creating a more sustainable future is one of our core values at Spin and S-100T was built with that in mind. Designed from the ground-up for efficient and sustainable operations, S-100T is more durable, modular, and has a longer lifespan than the average shared-use e-scooter. This vehicle also utilizes swappable batteries to reduce waste and emissions from our deployment operations.”