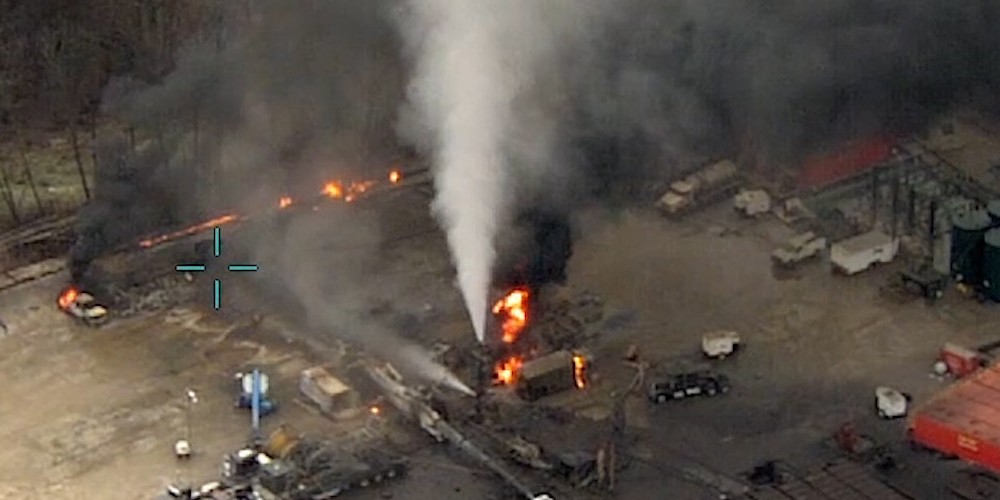 More than 8 million people died in 2018 from fossil fuel pollution, significantly higher than previous research suggested, according to new research from Harvard University, in collaboration with the University of Birmingham, the University of Leicester, and University College London. The study was published in the journal Environmental Research.

The burning of fossil fuels was responsible for 8.7 million deaths globally in 2018, or 18% of deaths. This is double the most recent estimate from the most recent Global Burden of Disease Study, the largest and most comprehensive study on the causes of global mortality, which put the number at 4.2 million.

Here’s how the researchers reached their conclusions:

To overcome this challenge, the Harvard researchers turned to GEOS-Chem, a global 3-D model of atmospheric chemistry…

For a global model, GEOS-Chem has high spatial resolution, meaning the researchers could divide the globe into a grid with boxes as small as 50 km x 60 km and look at pollution levels in each box individually.

The researchers plugged into GEOS-Chem estimates of emissions from multiple sectors, including power, industry, ships, aircraft, and ground transportation and simulated detailed oxidant-aerosol chemistry driven by meteorology from the NASA Global Modeling and Assimilation Office.

The researchers used emission and meteorology data primarily from 2012 because it was a year not influenced by El Niño, which can worsen or ameliorate air pollution, depending on the region. The researchers updated the data to reflect the significant change in fossil fuel emissions from China, which fell by about half between 2012 and 2018.

The Guardian reports, “Without fossil fuel emissions, the average life expectancy of the world’s population would increase by more than a year, while global economic and health costs would fall by about $2.9 trillion.

Eloise Marais, a geographer at University College London and a study co-author, said:

We can’t in good conscience continue to rely on fossil fuels, when we know that there are such severe effects on health and viable, cleaner alternatives.

In March 2020, Electrek reported on how a study found that atmospheric pollution may make the coronavirus even worse.

KTNV in Las Vegas reported on the 2021 Nevada legislative session, which began on February 1, and convenes today.

Legislators acknowledged that the state’s economy is too reliant on tourism and gaming. They are considering ways in which they transition more to green energy to diversify the economy, create clean energy jobs, and fight climate change. Diversification would make the state less vulnerable economically.

You’re going to see some additional conversation on how do we start to convert from a fossil fuel economy to a cleaner energy economy.

Cannizzaro acknowledged a lot of infrastructure projects need to be implemented to support electric vehicles, for example.

We’re in a difficult time right now, but we have to work on improving our infrastructure in the state as a whole.

Assembly Minority Leader Robin Titus, a Republican, was optimistic about wind and solar energy jobs, and also cited geothermal as having potential:

We have another great source, geothermal. That hasn’t been mentioned much, but we have a tremendous geothermal access here, and absolutely all of that put together is a good option for Nevada.

Vineyard Wind is back in business

On January 26, Electrek reported that Vineyard Wind 1, slated to become the first large-scale offshore wind farm in the US, asked the Bureau of Ocean Energy Management (BOEM) under the Biden administration to allow the federal permitting process to resume the day before.

When the project decided to switch to GE Renewable Energy’s Haliade-X turbines, the most powerful turbine available to developers that have a power rating of 12-14MW, and paused the federal permitting process to determine whether design changes were necessary, the Trump administration’s BOEM abruptly canceled Vineyard Wind 1’s entire review in December.

Incoming BOEM Director Amanda Lefton, in one of her first actions, reopened consideration of the permit application for Vineyard Wind on February 3.

Lefton said in a statement:

BOEM is committed to conducting a robust and timely review of the proposed project.