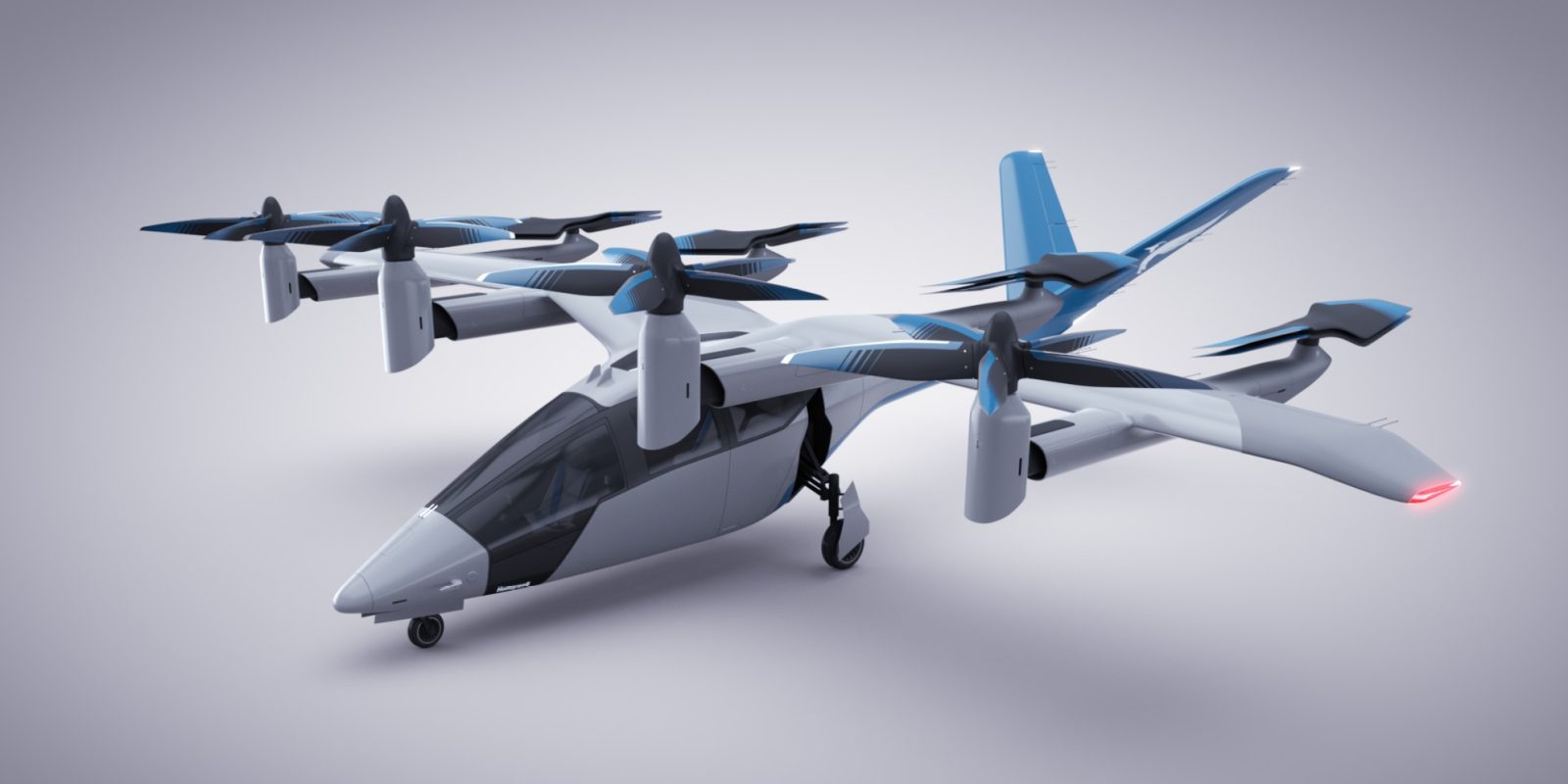 Bristol, UK-based Vertical Aerospace, an electric vertical take-off and landing aircraft (eVTOLs) startup, announced yesterday that it has pre-orders for up to 1,000 of its electric VA-X4 vertical takeoff aircraft. That includes orders from American Airlines (between 250 and 350), Virgin Atlantic (between 50 and 150), and aircraft leasing group Avolon (310).

Vertical plans to go public this year on the New York Stock Exchange via a merger with special purpose acquisition (SPAC) vehicle Broadstone Acquisition, in a deal valuing it at $2.2 billion.

Capable of carrying up to five people (four passengers and a pilot), the VA-X4 is set to be the world’s first certified winged all-electric Vertical Take-Off and Landing (eVTOL) aircraft, and is on course to start commercial flights in 2024.

Additional features will include reduce noise pollution – 100x quieter than a helicopter thanks to the VA-X4’s distributed propulsion system, a 15-meter wingspan, 13 meters in length, ensuring it can take off and land from existing helipads, a fly-by-wire flight control systems to make aircraft simple to fly, while its simple design optimizes safety, efficient aerodynamics, enabling it to fly with far less energy and power than a helicopter, a payload capacity of 450kg, EASA-certified design and is powered by Lithium-ion batteries.

Electrification will transform flying in the 21st century in the same way the jet engine did 70 years ago.

The majority of US adults currently support the expansion of solar farms (84%) and wind farms (77%), according to a new survey by Pew Research Center. (The survey was conducted April 20-29, 2021.)

It’s apparent that the clean energy sector hasn’t yet built up confidence among the US public when it comes to perceptions of reliability and cost implications. This is something the sector will have to work at to improve. 18% of US adults think wind farms are more reliable than other energy sources, 35% view the reliability of wind power as about the same as other energy sources, and 44% think wind power is less reliable.

And when you break it down by political party, the differences are pretty pronounced. Republicans are more than twice as likely as Democrats (65% vs. 30%) to say wind power is less reliable than other energy sources. It’s unsurprising, seeing how so many Republican legislators weaponize clean energy in an attempt to shore up dying fossil fuels.

As for the perception of what clean energy costs for consumers, 35% of American adults say the cost of wind power is lower than other energy sources, 34% say it’s about the same, and 26% say it’s higher. The perceived costs of solar power are about the same as wind.

And again, cost perceptions diverge depending on political beliefs. Republicans are also more likely than Democrats to say the cost of wind is higher than other energy sources (39% vs. 16%), and for solar, it’s 43% for Republicans and 22% for Democrats.

And yet… Texas, a red state, leads in clean energy in the US. Go figure. Its Republican politicians say one thing, but the state is doing another.

In October 2020, the International Energy Agency said that solar was now the “cheapest electricity in history.”